In my 3rd and final post on this wacky world of Victorian legal cases related to murders, we travel back to September 1884 in Falmouth on the SW coast of England when three rather emaciated sailors disembarked from their ship, the Mignonette.

They were Thomas Dudley, the master of the vessel, his first mate Edwin Stephens and mate Edward Brooks, hired four months earlier to sail the vessel from England to its new owner in Australia, accompanied by 17-year-old cabin boy Richard Parker.

Their voyage from Southampton had been largely uneventful until they reached the mid-Atlantic, off the west coast of Africa, in early July.

Somewhere between the islands of Tristan da Cunha and Saint Helena, their ship was overcome by a storm, leaving the four seamen to escape the wreck in the yacht’s small lifeboat.

Over 1,000 miles from land in perilous, shark-infested seas, their meagre rations quickly exhausted, reduced to drinking their urine and with no sign of rescue, thoughts turned to self-preservation.

Over the next 12 days, these turnips were scrupulously rationed out, with Dudley using his penknife to divide precisely the tiny portions. This meagre fare was supplemented for a while by the meat of a turtle, caught as it swam by the boat. For water, however, the crew could do little more than catch rain drops whenever a squall blew up. They therefore resorted to drinking their own urine, although this too was a diminishing resource as their bodies became increasingly dehydrated.

By 17 July all supplies on board the little dinghy had been exhausted. After a further three days, the inexperienced Richard Parker could not resist gulping down sea water in an attempt to allay his thirst. It is now known that small quantities of sea water can help to sustain life in survival situations, but in that period it was widely believed to be fatal. Parker also drank far in excess of modern recommendations and he was soon violently unwell, collapsing in the bottom of the boat with diarrhoea.

Even before Parker fell ill, Tom Dudley had broached the fearful topic of the ‘custom of the sea’, the practice of drawing lots to select a sacrificial victim who could be consumed by his crew-mates. Over the coming days, as Parker’s condition deteriorated, Dudley raised the idea again. As he insisted to Stephens in the early hours of 25 July, when the men had been adrift for almost three weeks: “The boy is dying. You have a wife and five children, and I have a wife and three children. Human flesh has been eaten before.”

As Parker, the youngest and weakest of the four, lay in the keel of the boat, Stephens held him down while Dudley slit his throat with his pocket knife. The three sailors drank his blood to quench their first and then they divided up nutrient rich organs such as the heart and kidney and devoured them.

Four days later, in a remarkable turn of fortune, the lifeboat was sighted by a German cargo vessel. A large sun-bleached bone and some pieces of dried-out meat in the keel were the only earthly remains of Richard Parker. 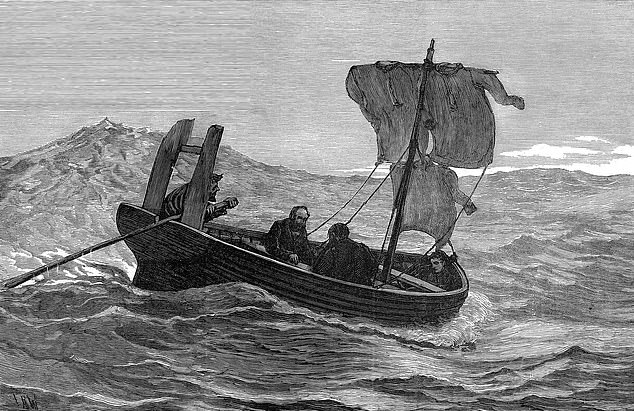 After reaching English soil five weeks later, Dudley and his crew did not attempt to conceal Parker’s fate: cannibalism born out of desperation following a shipwreck was a long-held – albeit rarely acknowledged – ‘custom of the sea’, and the crew believed they had simply done what any other seaman would have done in the circumstances.

But they had not reckoned with Sergeant James Laverty of Falmouth Harbour Police, who, horrified by what he had heard, prevailed upon the mayor of Falmouth to sign an arrest warrant.

The trio were marched to the town courthouse, where, after accepting he had played no part in killing Parker, the case against Brooks was dropped. Dudley and Stephens were charged with murder, with Brooks testifying against his former shipmates.

Dudley and Stephens flirted with an insanity plea, but decided instead to gamble on pleading not guilty, with a unique defence of ‘necessity’. Parker’s killing, their lawyers argued, was vital to ensure the survival of the rest of the crew.

The public, including Parker’s family, were largely sympathetic to this argument. Yet there was also no doubt that allowing a defence of necessity to murder into English law would pose some tricky moral dilemmas. Could the natural human instinct for survival in the direst of situations ever justify the taking of another’s life?

Unable to take the risk, the panel of judges unanimously declared the duo guilty of wilful murder. Ultimately, the court was more afraid of what might follow in Dudley and Stephens’s wake if they were allowed to get away with it.

The only sentence was death. But the huge public support behind them meant they avoided the gallows – and were sentenced to just six months in prison.

Dudley emigrated to Australia and lived as a sail-maker known by the name ‘Cannibal Tom’, while Stephens descended into alcoholism and poverty.

But Edward Brooks, who had never faced trial, was keen to trade on the fleeting fame brought by the case. He exhibited himself in touring freak shows and circuses as ‘The Cannibal of the High Seas’ – and would gnaw on pieces of raw meat thrown into the showground by the audience!

What a fascinating case? Do you think the men involved were guilty of murder or do you find it understandable? For another maritime related disaster why not read The story of how a Tyneside ship ended up as the Resolute desk of the President of the United States Part One or for something a little chillier Visiting the home of Edward Adrian Wilson – a forgotten hero who died with Captain Scott of the Antarctic.

I am a writer and traveller with a penchant for history and getting off the beaten track. With several books to my name including several #1 sellers. I also write environmental, travel and history articles for magazines as well as freelance work. I run my private tours company with one tour stated by the leading travel website as being with the #1 authentic London Experience. Recently I've appeared on BBC Radio and Bloomberg TV and am waiting on the filming of a ghost story on British TV. I run my own private UK tours company (Ye Olde England Tours) with small, private and totally customisable guided tours run by myself!
View all posts by Stephen Liddell →
This entry was posted in history and tagged Cannibal, Crime, Murder, Victorian. Bookmark the permalink.