Spend a day in the political heart of London in Whitehall and Westminster with this tour that visits the mother of all Parliaments where modern the democracy movement got underway and evolved over centuries followed by a tour of Parliament Square and then on to the Churchill War Rooms where the fight against tyranny was overseen.

We start off with a small group guided tour of the Palaces of Westminster or the Houses of Parliament as they are more widely known.  We will visit the famous Commons Chamber with their green benches and learn about both the history of the chamber and some of the secrets of what goes on here.  Did you know that the Speakers chair was created as and still is a toilet?

We will pass through the famous corridors of power to the Lords Chamber and learn why a giant sack of wool remains the symbol of power and we follow in the footsteps of The Queen in the State Opening of Parliament.

Finally our tour of Parliament concludes in the most ancient part, the almost 1,000 year old Westminster Hall. 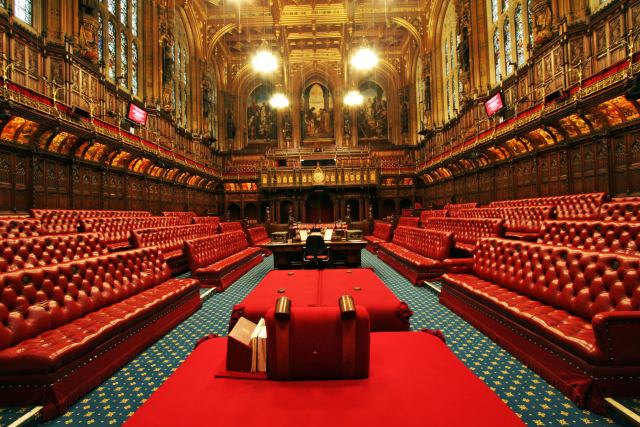 Inside the House of Lords

Next up we will walk around Parliament Square and visit some of the great names in history from Richard The Lionheart to Oliver Cromwell.  We will learn about The Suffragettes and see some of the great figures in the fight for democracy.  From Abraham Lincoln to Gandhi, Nelson Mandela to Sir Winston Churchill. 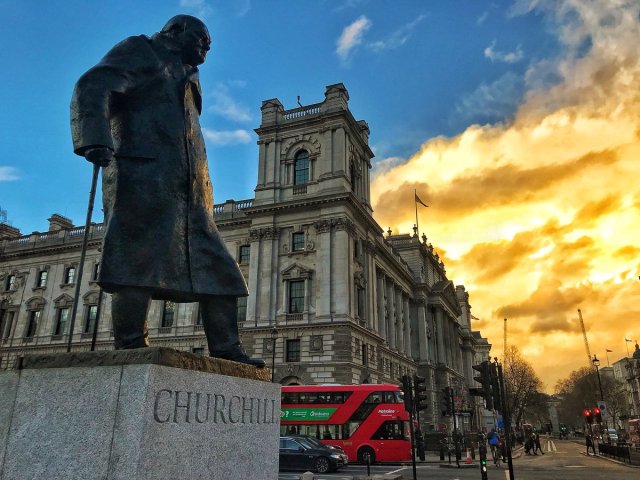 The tour ends at the Churchill Warm Rooms, the WW2 bunker deep beneath the streets of Westminster which are perfectly preserved from the Second World War and from which Churchill ran the war whilst the streets through which we walked were regularly bombed by the Luftwaffe.

Inside one of the countless rooms of the Churchill War Rooms

Below, on a rather cold March afternoon, I was honoured to be invited to record a piece for international television on the achievements and legacy of Sir Winston Churchill.