Nova Anglia – The Anglo Saxon refugees who built the original New England on the Black Sea.

Everyone knows about the New England colony that was established on the eastern coast of North America but much less known about and something I’ve long been interested in is that accounts of a creation of a New England on the shores of the Black Sea around 500 years earlier than the one in North America though just like there, many of the settlers named towns after their homes in the U.K.

It is thought that this settlement was necessitated by the Norman Conquest of England in 1066 which eventually occupied all of these islands.

Kingdom of New England in Crimea

They left their estates and fled away from the land with a great host and were led by Siward, earl of Gloucester, and headed south to the Mediterranean, making a raid on Cueta, North Africa, and slaughtering there.  Afterwards, they made haste to Micklegarth, now known as Istanbul, where they had heard a siege was underway.

They defeated the enemy ships and the saga says that the emperor ‘took wonderfully well’ to the newcomers. According to the saga he offered the English positions in his personal bodyguard, the Varangians, so impressed was he by the warriors.  Rather astutely the Englishmen asked for land instead.

Rather than deprive his own aristocrats of their lands, the emperor advised the English of a region across the sea, which had once belonged to the Romans and that if they were able to defeat the barbarians that were living then then they could have the land. 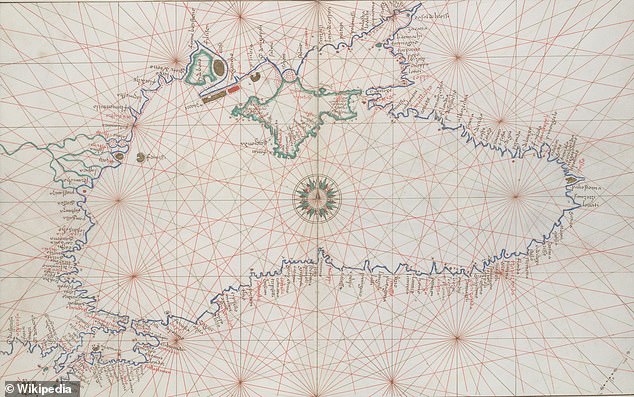 Italian atlas of 1553 of the Crimea, which names Susaco (Sussex) and Londina (London), believed to have been settlements in ‘Nova Anglia

There is a problem with this tale and is that there is no recorded figure of a Siward, earl of Gloucester but there is other evidence.

It is well documented for instance that the emperor’s Varangian guard went from being largely made up of Scandinavians in the 10th and 11th centuries, to a predominantly English force and this would fit the timeline precisely. 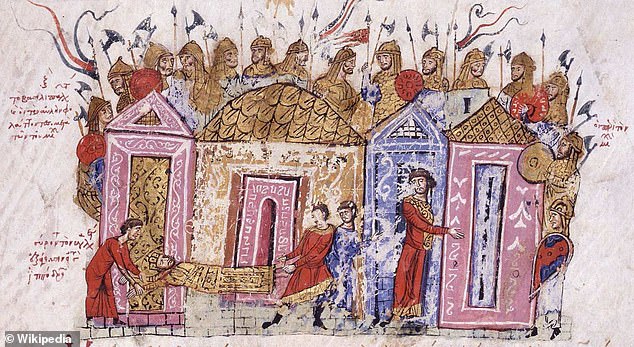 A 12th-century depiction of the Varangian Guard, the bodyguyard of the Byzantine emperor, from the Madrid Skylitze

Nova Anglia appears to have been established by the late eleventh-century and their control of at least some land and cities here apparently persisted for several centuries, perhaps thus providing a regular supply of “English Varangians” to the Byzantine Empire that helps to explain why the “native tongue” of the Varangian Guard continued to be English as late as the mid-fourteenth century.’

I am a writer and traveller with a penchant for history and getting off the beaten track. With several books to my name including several #1 sellers. I also write environmental, travel and history articles for magazines as well as freelance work. I run my private tours company with one tour stated by the leading travel website as being with the #1 authentic London Experience. Recently I've appeared on BBC Radio and Bloomberg TV and am waiting on the filming of a ghost story on British TV. I run my own private UK tours company (Ye Olde England Tours) with small, private and totally customisable guided tours run by myself!
View all posts by Stephen Liddell →
This entry was posted in history and tagged 1066, Black Sea, Byzantine Empire, Crimea, Edward The Confessor, New England, Normans, Varangians. Bookmark the permalink.

5 Responses to Nova Anglia – The Anglo Saxon refugees who built the original New England on the Black Sea.