Secret Gardens of the City of London

Sir, if you wish to have a just notion of the magnitude of this city, you must not be satisfied with seeing its great streets and squares, but must survey the innumerable little lanes and courts. – Dr Samuel Johnson

My new and Amazon #1 Best Selling book Secret Gardens of the City of London is based on my unique, popular and generally well regarded tour with Ye Olde England Tours  Sacred Secret Sanctuary Gardens Walk (rated by Trip Advisor / Viator as the top rated ‘Secret London’ experience) in the oldest part of London, the City of London or Square Mile… Londinium as the Romans knew it.

Without including neighbouring and adjoining satellite towns, Greater London itself is 611 Square Miles or 1,572 Square Kilometres.  Composed of dozens of once tiny villages and settlements that have grown together over 2,000 years to create the great city that we live, work and travel in. 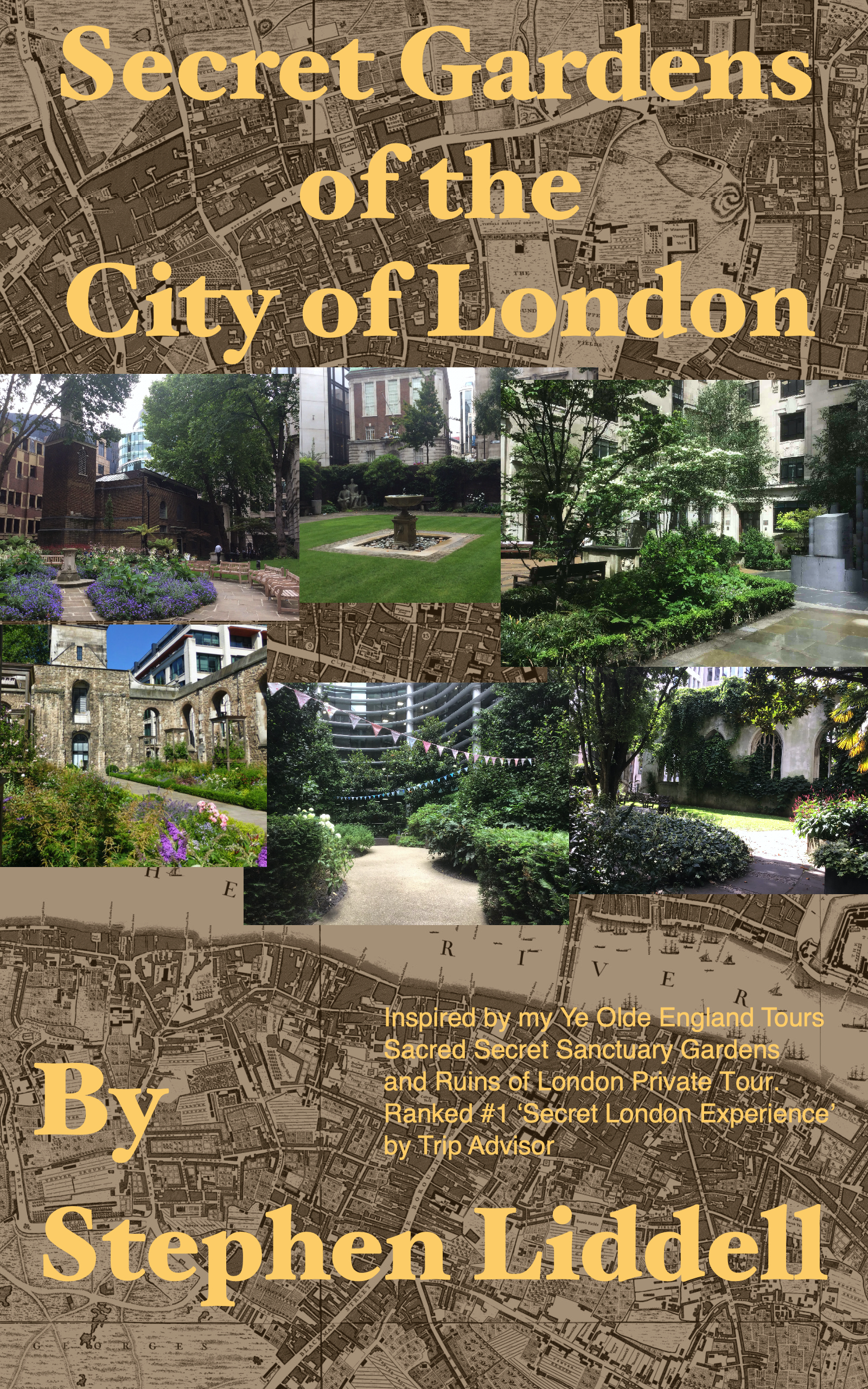 There is London and then there is the City of London or Londinium as the Romans called it.  The oldest part of the city; the City or Square Mile.  Full of the buildings and institutions that have shaped our lives and our world, not just our world but the world.

Greater London itself has just been declared the worlds first National Park City with 50% of it being in someway green or indeed blue.  Gardens, footpaths and bridleways of course, canals rivers, woods and parks.  Many of them known well beyond our shores.  Hyde Park, Richmond Park, Wimbledon Common, Hampstead Heath to name but a few.  Like many of the most famous districts, streets and buildings, they are not really in London but in places such as Westminster or Chelsea.

The real London, the City of London is something of a mystery to many, even those who work here every day, decade after decade.   None of the wide streets of the West End or the mile upon mile of well-to do housing of Notting Hill or Kensington.  And maybe that is why it remains a mystery.  Between St Paul’s Cathedral and the Tower of London is largely a hidden world all shaped by geography, Romans, Vikings, Saxons and the dynasties that came after the Norman invasions.  The Great and not so great fires, the plagues and other natural disasters and all those wars.

For centuries the City of London was the most densely populated place on Earth.  Even today countless millions live in Greater London but only a handful of people live in the original City of London, outnumbered by their long dead predecessors that rest in ancient graveyards,

Christopher Wren rebuilt most of the City churches after the Great Fire of London and whilst many survive, several were all but destroyed in The Blitz during WW2 leaving nothing but picturesque ruins and tranquil, hidden oasis in the middle of the financial capital of the world. 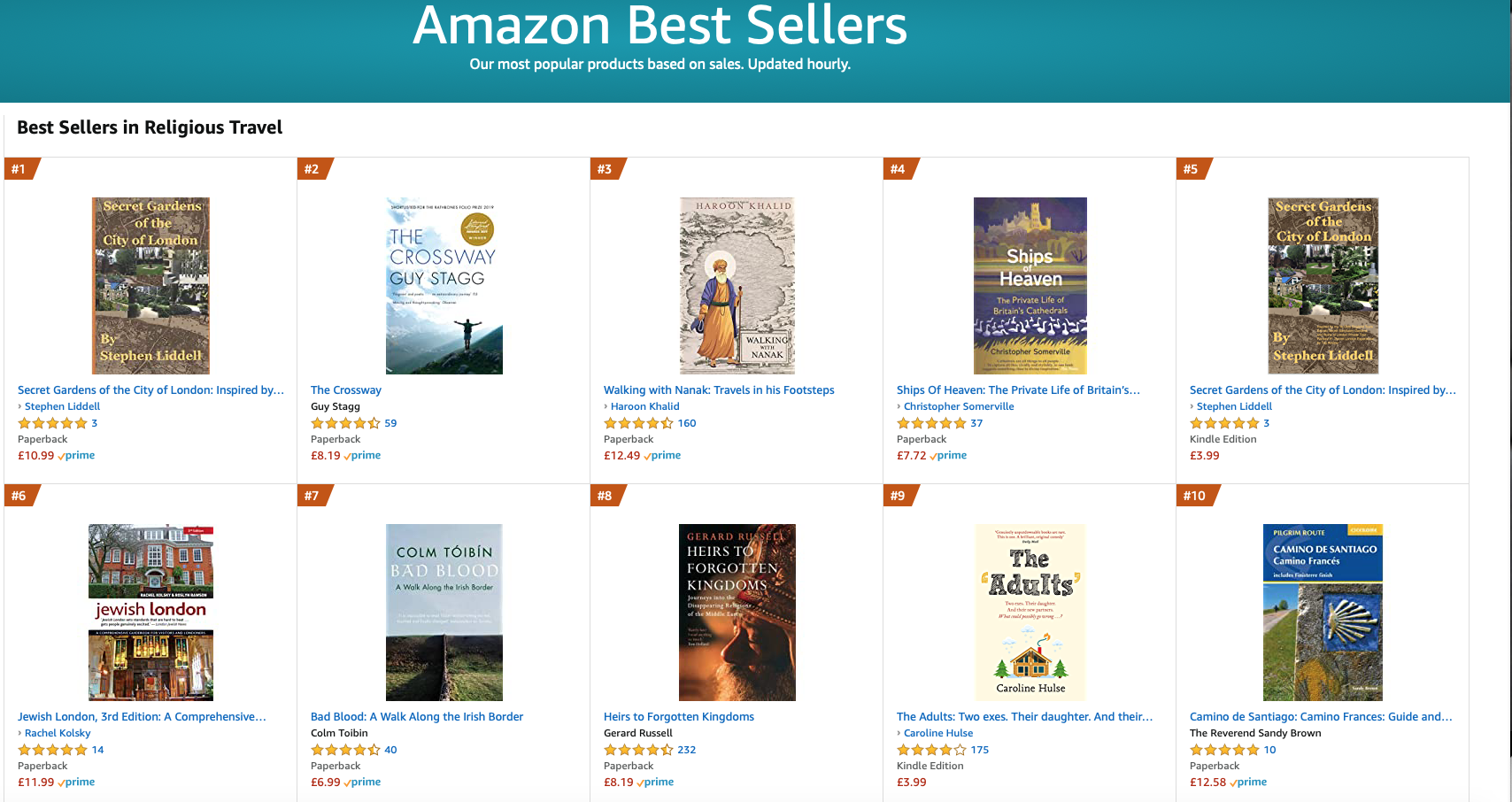 This book is a hybrid history and guide book with small maps and details of where to find each one as well as a little about how it came to be and some notable physical or historical features.

Not all the gardens are ancient, London is ever changing and several of the gardens are just a year or so old and many others have been extensively updated and re-landscaped in the 21st Century.  Almost all of them offer a small slice of London history and a great deal of nature and beauty too.

Even on a busy working day much of the City of London can seem largely deserted at least at times.  A seemingly confusing maze of modern skyscrapers, medieval lanes and churches with a smattering of older Viking, Anglo-Saxon and Roman for good measure.   On any given weekend of holiday you can have the Square Mile almost to yourself and though you can get hopelessly lost, it is after all only a square mile.

I’ve been exploring the City almost every day for 7 years and still find something new on an almost daily occasion.  And many of these secret little gardens have become something of friends, sanctuaries from the bustle of busy old London.  Every garden is different and unique and has a reason why it is there at all.

Last but not least, if you’re an Apple freak then Secret Gardens of the City of London will shortly be out on the Apple Store / iBooks along with other top retailers such as Barnes & Noble, Kobo, Smashwords and more.