This time last week I was giving a lovely guided tour to a charming couple to the old Roman city of St Albans which as it happens is just 5 miles from my house and an hour out of central London.

We visited some of the sights which I might post on next time but one of the highlights for them was when we decided to have lunch in one of the contenders of being the oldest pub in Britain. 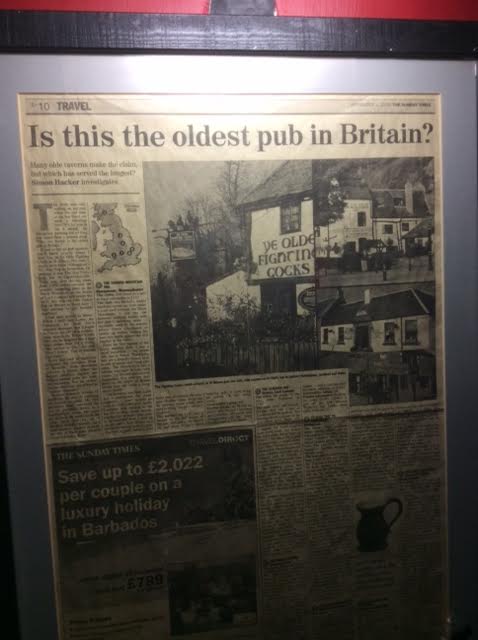 Ye Olde Fighting Cocks dates back to the 8th Century. The pub you can see today was built in the 11th Century. St Albans Cathedral and grounds are just across the road and there are tunnels stretching from the beer cellar to the Cathedral, apparently used by Monks. Cock fighting took place in the main bar in the late 19th and early 20th centuries, hence the name of the pub. With its long history ‘The Cocks’ could tell a few stories! 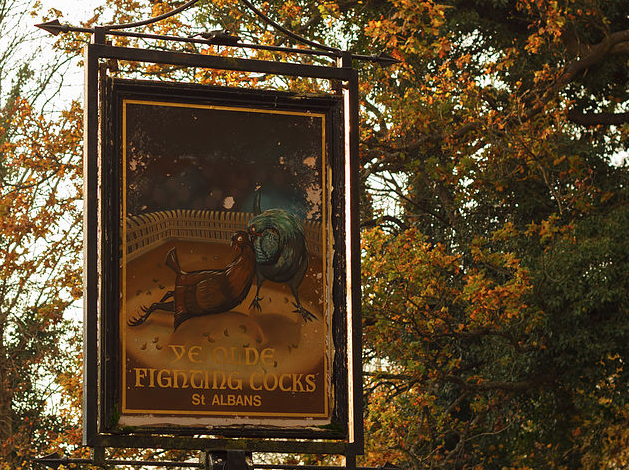 It is reputed that Oliver Cromwell, subsequently Lord Protector from 1653 until his death in 1658, slept at the inn for one night during the Civil War of 1642-1651. 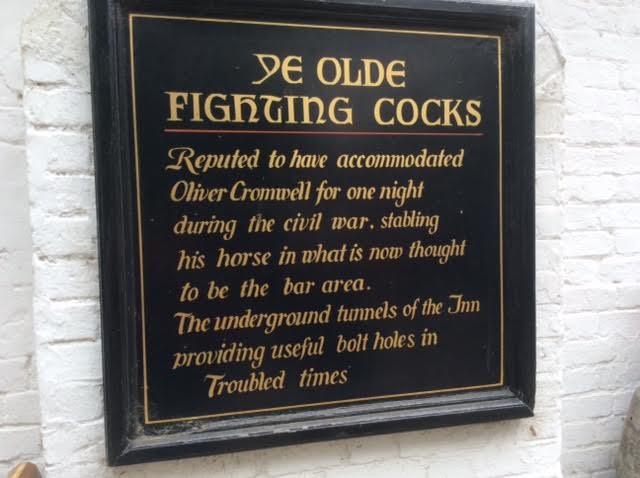 The main structure is free-standing and has an octagonal appearance, attributable to its earliest use as a pigeon house. It has been added to over the years but the original timber-framed structure is clearly visible. 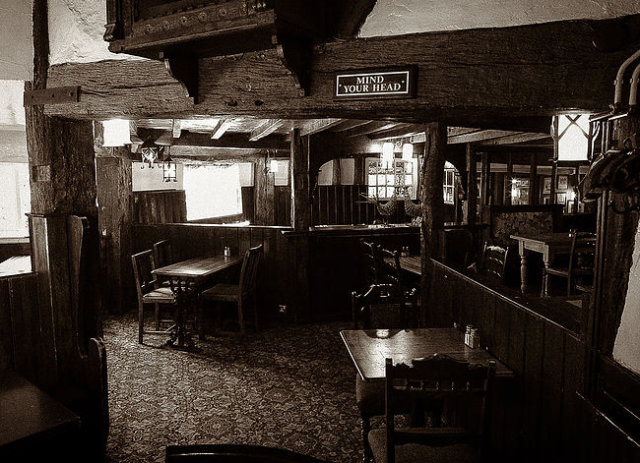 The octagonal half-timbered structure was once a medieval dovecote. You will notice that as with many old buildings the inn has quite low ceilings as well as intriguing nooks and crannies. There is an original bread oven next to the main fireplace.

The oldest part of the pub lies within the area inside this room from the camera to the bar stools.

It was originally located close to St Albans Cathedral (when it was St Albans Abbey) and was moved to the present site after the dissolution of the Abbey in 1539.

Of course, one of the reasons why Ye Olde Fighting Cocks has a claim to being the oldest pub is because it is so close to the site of the earliest Christian services in Britain all the way back in the 3rd century, and the ‘city’ itself existed just across the river even before the Romans arrived.

The foundations of the pub incorporate part of the Palace of Offa, King of the Mercians and dating from around 793. The pub you can see today was built in the 11th Century, originally on these early Saxon ecclesiastical foundations near St Albans Abbey and moved to its present site after the dissolution of the Abbey in 1539.

It is reputed that there are tunnels stretching from the beer cellar to the Abbey, apparently frequented by the monks of that time. Cock fighting was a national pastime in England for 600 years from the reign of Henry the Second up to and through the reigns of the three Georges.

it is thought that the Cock Pit – about 8ft wide and 10ft long – was brought down from the Abbey when the original name ‘The Round House’ was changed to ‘Ye Olde Fighting Cocks’ until cock fighting as a sport was banned in 1849, when the pub name was changed to ‘The Fisherman’. However it has been known officially as ‘Ye Olde Fighting Cocks’ since 1872. 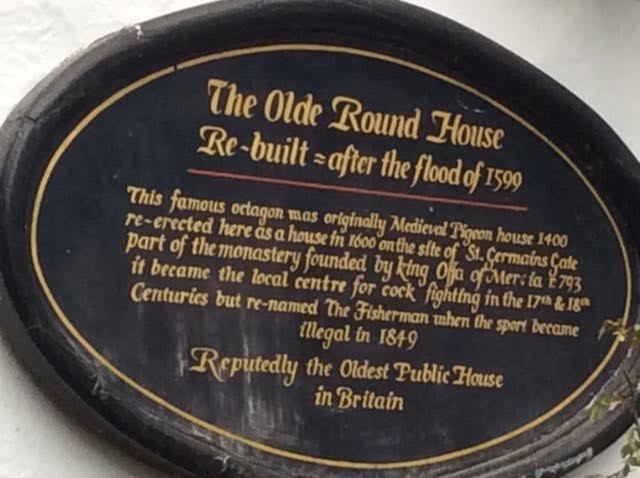 Of course it’s one thing having all this history but even here, you need more than history to run a business and Ye Olde Fighting Cocks is always amongst the front runners of the pub awards with a fine range of local beers, ales and other drinks.

My guests had some very traditional regional British food whilst I had a slightly more modern cheese and bacon burger with chips which looked rather like the photo below, pinched from their website!

If you’d like to go on a visit to Roman St Albans with me then let me know   Or if you would like to visit some of the very best historic pubs in London itself on a fabuluosly authentic walking tour then again, you know where to look!

I am a writer and traveller with a penchant for history and getting off the beaten track. With several books to my name including a #1 seller, I also write environmental, travel and history articles for magazines as well as freelance work. Recently I've appeared on BBC Radio and Bloomberg TV and am waiting on the filming of a ghost story on British TV. I run my own private UK tours company (Ye Olde England Tours) with small, private and totally customisable guided tours run by myself!
View all posts by Stephen Liddell →
This entry was posted in history, Life, Travel, Ye Olde England Tours and tagged County of Hertfordshire, food, history, Pubs, St Albans, Ye Olde Fighting Cocks. Bookmark the permalink.