At this time of year, my back garden so often looks like it has taken a real battering from months of incessant rain, sometimes snow and many weeks of seemingly constant gales or worse.   Sometimes a tree will blow over or even snap meaning our beloved garden has a gaping hole in it.  Of course whilst we miss our favourite trees, it isn’t long before we start thinking of what we can plant in its place.   My next tree will be a Witchhazel btw!

If things go well, then things will be better than before.  The same principle is sometimes true with cities too.   It really depends on which city it is and the wealth and numbers of people living in its ruins on whether somewhere like Haiti lies in ruins for years ever after or Japan and Germany which you’d never guess were entirely flattened not so long ago.

Some places never even get back off the drawing board and it’s not just famous places like Pompeii that were wiped out by a massive volcanic eruption.  Think of the poor residents of Balkh, who lived in one of the oldest and most prosperous cities in the world in Khwarezmia, now in Afghanistan.  One day the London or New York of its time and the next up to 700,000 people murdered and it forever left in ruins and forgotten to the world.

Many wonder at the narrow medieval streets of the old city of London, today mixing old churches, pubs and incredible glass towers.  However, after the four-day long Great Fire of London which occurred 350 years ago, the locals realised they had the opportunity to make the city easier to navigate, more logical even. 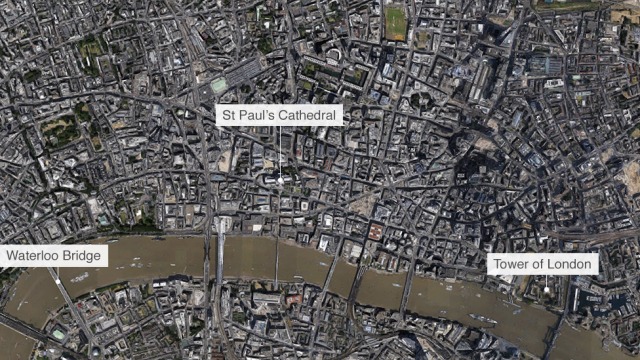 A number of proposals were drawn up, including one by Sir Christopher Wren, the designer of amongst other buildings, St. Pauls Cathedral.  Some evoked the wide avenues of Paris or the majestic plazas of Rome, but they were largely all ignored due to reasons of cost and sometimes politics.  It became too complicated to compensate existing land-owners and besides, Londoners being Londoners, within days people were already building, living and trading from very similar street plans that they had already known about. 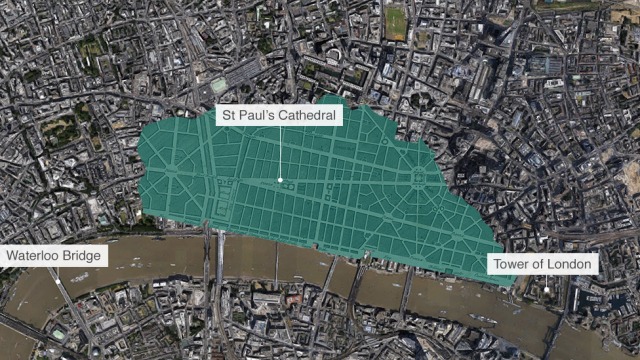 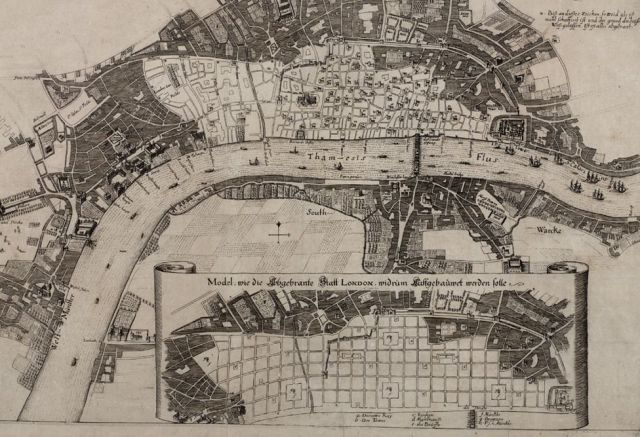 Another plan for London, this time with a modern grid layout.

More recently the blanket bombing by the Luftwaffe and changing face of international trade meant that large swathes of eastern London have gone from grim industrial waste line to some of the most expensive places to live or work in the world. 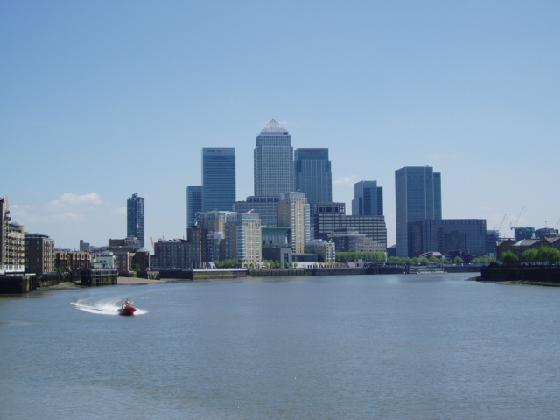 Not always but occasionally even something bad like terrorism can give the opportunity to redevelop and improve on what was there before.  On Saturday 15th June 1996, a large truck filled with IRA explosives blew apart the city centre of Manchester.  It attracted investment and rebuilding which took ten years but means that Manchester city centre is much improved resulting in international recognition and becoming something of a rival to London itself. 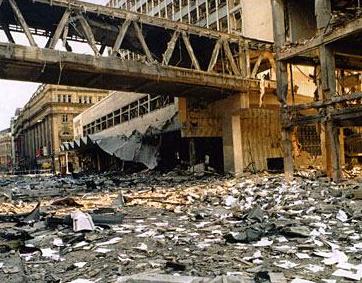 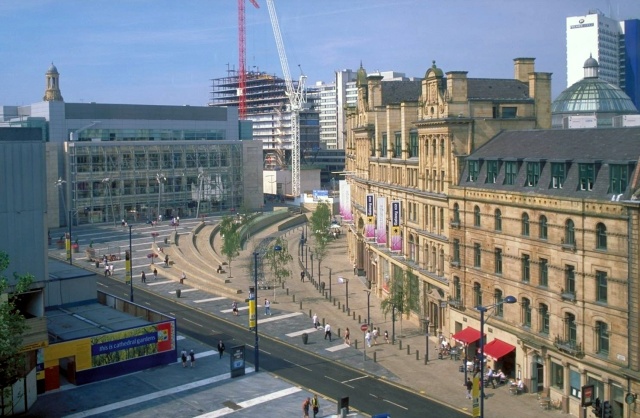 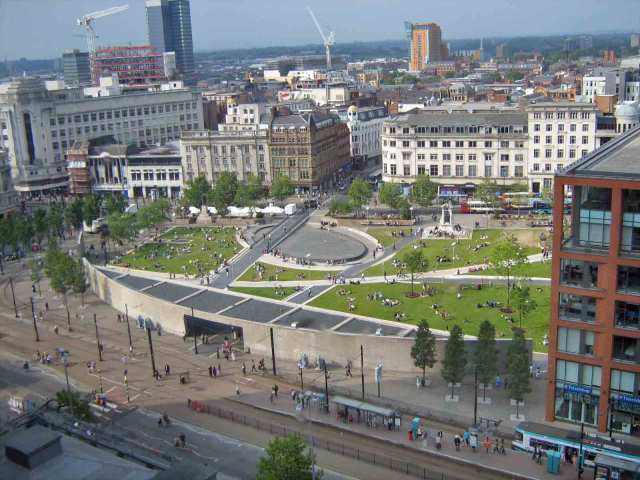 Manchester, better than ever.

These sort of things have happened through the ages.  In 1755 the grand old city of Lisbon suffered a terrible and deadly earthquake that flattened the medieval city.  It gave King Joseph the opportunity to start with a clean slate and forge a modern outward looking city based upon trade and commerce rather than the older necessities of religion and medieval security.  The rebuilding of city also started the ongoing trend of seismically testing structures to make them more earthquake proof in the future. 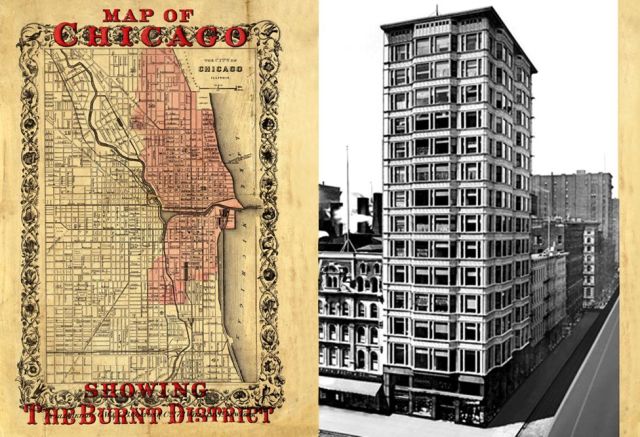 Map illustrating the area of Chicago devastated by fire and how it rose from the ashes.

The 1871 Great Fire of Chicago really put the city on the map.  The locals saw the opportunity to make things better and inspired by the broad avenues of Paris, Chief Architect Daniel Burnham set about a master plan to make Chicago a more civilised place to live.  The old buildings along the shore of Lake Michigan were gone and people were able to promenade along the shoreline.   New technology allowed for the use of fire-resistant metal frames which in turn were a key development into allowing the creation of the first skyscrapers.   Without destruction, none of these things might have happened. 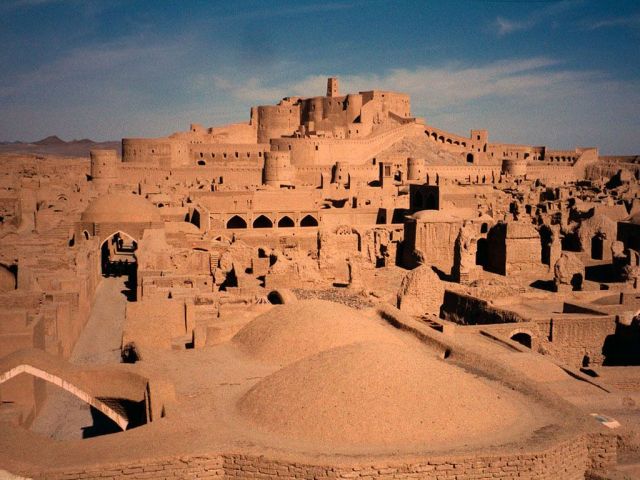 Bam in Iran is one of the places I most want to visit in the world. A beautiful ancient city constructed entirely out of dried mud which in 2003 was destroyed in a devastating earthquake killing 30,000 people and rendering the unique city to ruins.  Like many other historical sites, it could very easily have been written off for good. 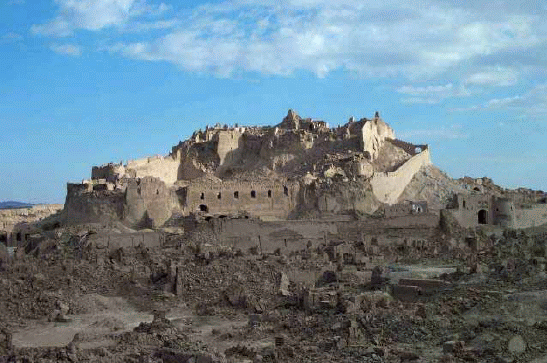 the 2004 powerful earthquake all but levelled the city and killed 10’000’s of people in nearby areas. Let’s hope it gets rebuilt to its former glory soon.

However, millions of pounds (and mud bricks) of investment later by Unesco, foreign donors and the Iranian government has meant the city is tantalisingly near being fully restored.  Sometimes, the original is still the best.  You can see a short video of the reconstruction work here. 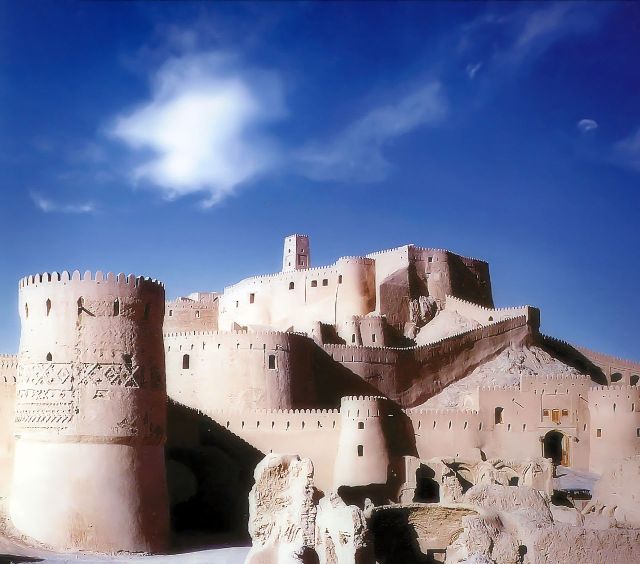 Whilst you’re here, do have a look below at my new vigilante novel! Available in all formats and the perfect valentines gift for that tough girl or guy in your life! 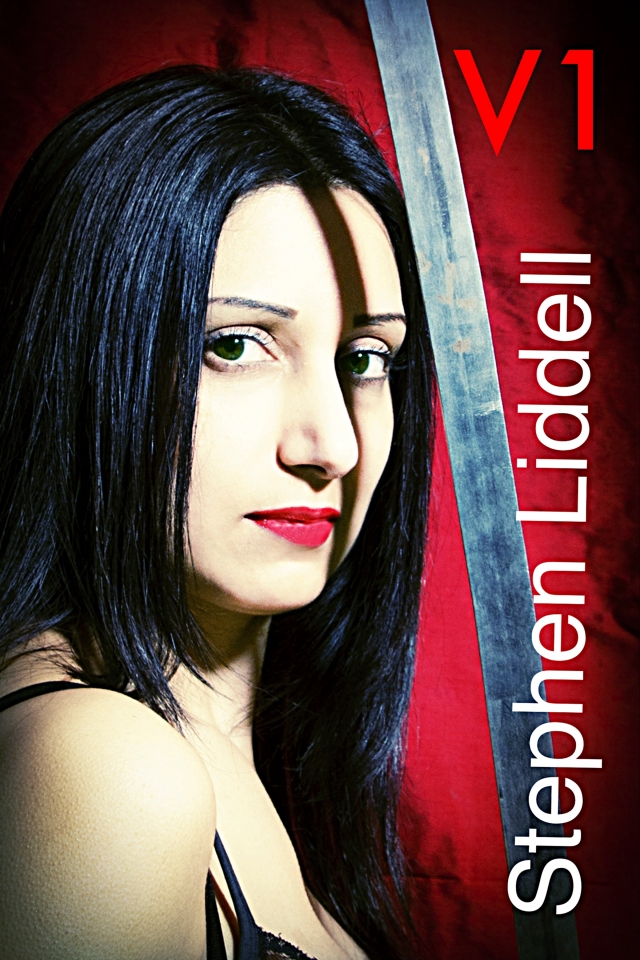 V1 Vixen is available on Kindle from Amazon UK for £3.99 and from Amazon USA for $4.99 and around the world too of course!

V1 Vixen is also available on iTunes, Kobo, Nook and all other electronic formats from all good retailers as well as on Paperback from Amazon UK for £8.50 and Amazon USA for $10.99 as well as all other Amazon sites and all good bookshops.

I hope you enjoy the book, please do spread the word, leave reviews and let me know what you think!

I am a writer and traveller with a penchant for history and getting off the beaten track. With several books to my name including a #1 seller, I also write environmental, travel and history articles for magazines as well as freelance work. Recently I've appeared on BBC Radio and Bloomberg TV and am waiting on the filming of a ghost story on British TV. I run my own private UK tours company (Ye Olde England Tours) with small, private and totally customisable guided tours run by myself!
View all posts by Stephen Liddell →
This entry was posted in Architecture, history, Life and tagged Architecture, Bam, Chicago, Disasters, history, Iran, Life, Lisbon, London, Manchester, Phoenix from the ashes, Reconstruction, V1 Vixen. Bookmark the permalink.

4 Responses to Rising like a Phoenix from the ashes.