Churchill – When a picture is worth a thousand words.

Last weekend I had an interesting tour to Chartwell House, the home of wartime Prime Minister Sir Winston Churchill.  In fact it was something of a family outing as the lovely couple I took there were also Churchills and distantly related to the great man.

Obviously it would be impossible to write a single post about Churchill who has often been voted as the Best Briton in history.  It’s not just his pivotal role in saving the country from invasion and leading the free world to victory over Hitler, important though that was. He was himself also a soldier, politician, gifted orator, master bricklayer, talented artist, outstanding historian and a Nobel Prize winner for literature.

These days we tend to remember Churchill through his rousing speeches and iconic photos.  One of the most famous photos was taken by Yusuf Karsh in 1941 and it is mostly likely one of the most recognisable photos of all time.  Churchill has just finished addressing the Canadian Parliament during one of his regular trips to North America and Karsh had been given just two minutes in the presence of Churchill who was unaware that he was expected to pose for a photo as none of his Canadian entourage knew how to break the news to him.  To make it worse Churchill was already in a bad mood and after giving everyone present an earful, Churchill granted permission for a photo and decided to take the opportunity to light up one of his famous cigars.

Karsh didn’t want the photo to feature a cigar and repeatedly requested Churchill place the cigar down in an ashtray for just a few moments as he finished setting up his camera.  Churchill though didn’t relent and so the ground was set for one of the most iconic photos in history.

On the spur of the moment Karsh marched over and said “Forgive me, Sir” and pulled out the cigar from Churchill’s mouth and strode back to his camera.  By the time Karsh had turned round, Churchill was giving him a particularly belligerent scowl and you can see the photo below. 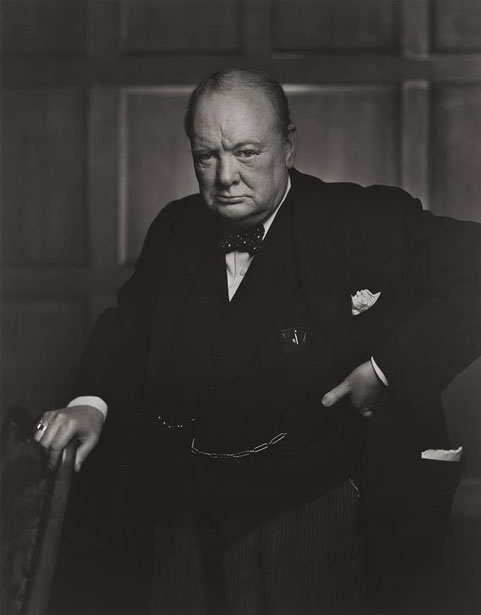 The Roaring Lion by Yousef Karsh

It perfectly encapsulated the defiance of not just a man but a country.  Churchill told the photographer than he had managed to make a roaring lion stand still for a moment and so the photo is officially labelled as The Roaring Lion.

Obviously Churchill liked the guts that Yusuf Karsh showed and warmed to him immeasurably as can be seen by another photo taken just moments later. 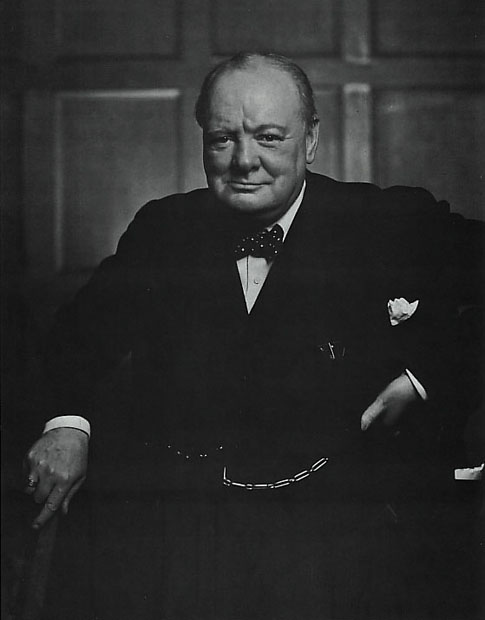 The preferred photo of Churchill by Yousuf Karsh.

Can there be any single photo that more suitably sums up the spirit of one man or one nation?

I am a writer and traveller with a penchant for history and getting off the beaten track. With several books to my name including a #1 seller, I also write environmental, travel and history articles for magazines as well as freelance work. Recently I've appeared on BBC Radio and Bloomberg TV and am waiting on the filming of a ghost story on British TV. I run my own private UK tours company (Ye Olde England Tours) with small, private and totally customisable guided tours run by myself!
View all posts by Stephen Liddell →
This entry was posted in history, Photography, Politics, WW2, Ye Olde England Tours and tagged Chartwell House, Churchill, history, Life, photos, Politics, WW2, Ye Olde England Tours, Yusuf Karsh. Bookmark the permalink.

3 Responses to Churchill – When a picture is worth a thousand words.