There aren’t too many early Tudor buildings left around these days but Central London has a few.  One of them is within sight of Parliament itself and it’s at one of the palaces that is much less visited than some of its near neighbours.

Lambeth Palace is the official residence of the Archbishop of Canterbury and despite it being almost but not quite opposite the Place of Westminster, it is all but forgotten about. Perhaps this is because for much of the time Lambeth Palace is closed to visitors but then again it doesn’t stop people taking photos of Parliament or Buckingham Palace… though just across the road, St James Palace is again forgotten!

Though you can see it across the river, it’s much better if you get your skates on to Lambeth on the south shore if only to ogle at Morton’s Tower.

Morton’s Tower, the early Tudor gatehouse to Lambeth Palace. The Palace of Westminster or Houses of Parliament can be partially observed across the river.

Morton’s Tower, an impressive red brick Tudor gatehouse, is the formal entrance to Lambeth Palace. It was built in 1490 by Cardinal John Morton, who lived in the tower for a short time. He used the large room in the centre, above the gates, as an audience chamber.

You can see from the architecture how it fits into that part of history when outright castles were becoming less necessary and desirable as people of statues aspired to houses, palaces and buildings with those expensive glass filled windows.  However they weren’t quite certain things had calmed down and so the building had to be defensible, especially as a gate house, and so military features from castles remain… just to be safe!  I suppose it is understandable when previous holders of office had been so horribly killed. The Terrible Tale of Ælfheah – Archbishop of Canterbury and Canterbury Cathedral:- The murder and martyrdom of Thomas Becket

On the ground floor in the South Tower there is a small prison cell. It was only used briefly in the 16th century, but you can still see two iron rings fixed to the wall.

Like many other buildings, it suffered from damage during the 20th Century but incredibly Morton’s Tower is staffed by a team of gatekeepers, who still lodge in the same part of the tower as when it was built.

I think it is one of the most atmospheric buildings south of the River Thames and it’s also a stop off point on London Walking Tour with Ye Olde England Tours.  It takes us from London Bridge to Lambeth Bridge (and a bit across the river back to Big Ben) so I have imaginatively called it The Lambeth Walk. 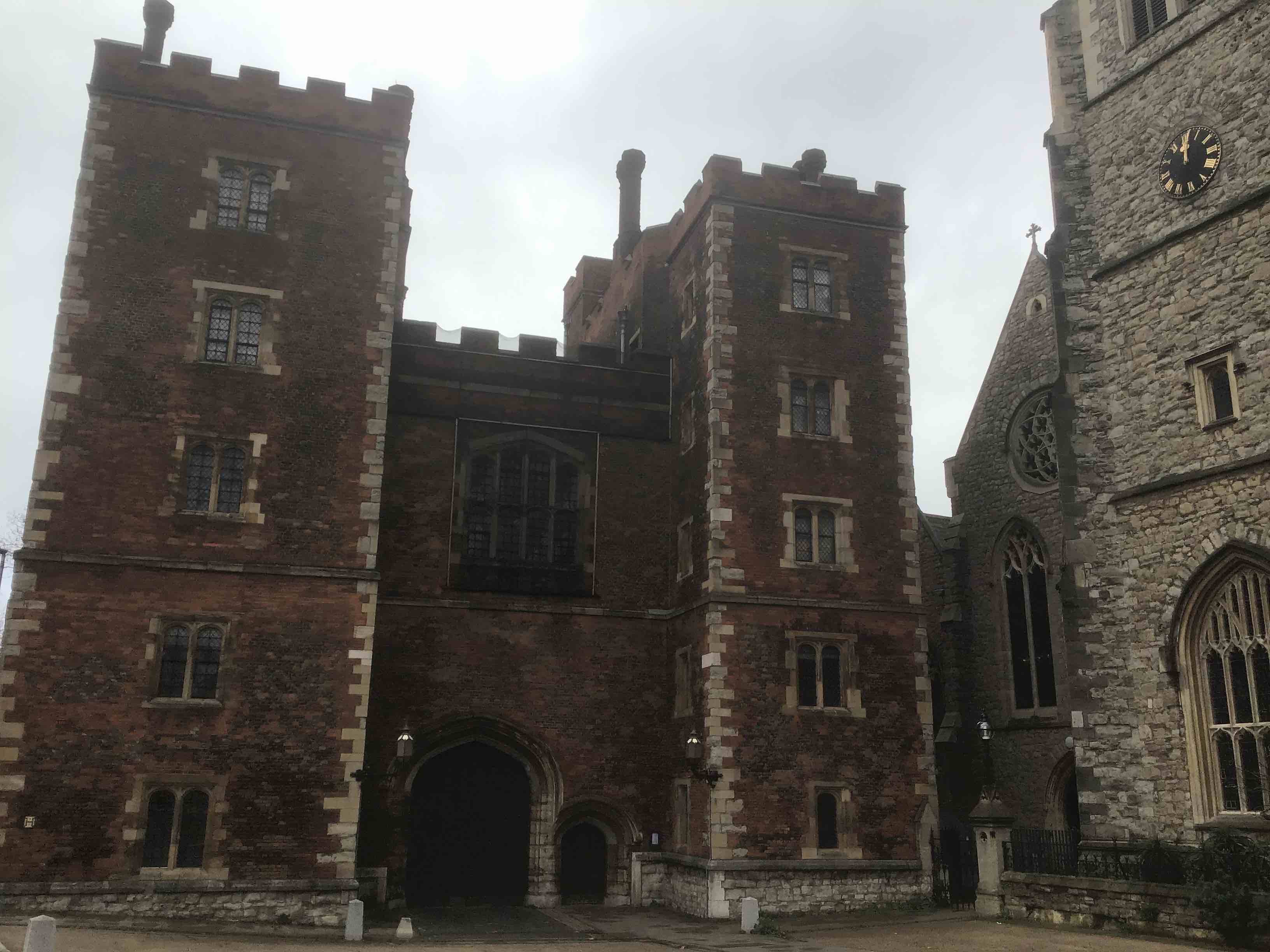 If you’re wondering about the old looking church steeple on the right, that is St Mary At Lambeth and you can read about a recent discovery there which includes the unexpected resting places of various Archbishops of Canterbury.

I am a writer and traveller with a penchant for history and getting off the beaten track. With several books to my name including several #1 sellers. I also write environmental, travel and history articles for magazines as well as freelance work. I run my private tours company with one tour stated by the leading travel website as being with the #1 authentic London Experience. Recently I've appeared on BBC Radio and Bloomberg TV and am waiting on the filming of a ghost story on British TV. I run my own private UK tours company (Ye Olde England Tours) with small, private and totally customisable guided tours run by myself!
View all posts by Stephen Liddell →
This entry was posted in history, London, Travel, Ye Olde England Tours and tagged Archbishop of Canterbury, Lambeth Palace, Lambeth Walk, Morton's Tower, St Mary At Lambeth, The Lambeth Walk, walking tours. Bookmark the permalink.