The life and grave of Little John of Robin Hood fame.

In the ancient ballads of Robin Hood, Little John is traditionally, second in command of Robin Hood’s legendary Merry Men. Little John appears in the very earliest of the surviving Robin Hood tales including the work of Andrew of Wyntoun in 1420 and ‘A Gest of Robyn Hode’ published later that century.

The ballad ‘Robin Hood and Little John’ claimed the outlaw’s name was John Little but proving his identity with any great certainly has been made difficult by the fact that there have been quite a few historical figures with the name, including the outlaw, John le Litel, a raider circa 1318, and Littel John, c. 1323, who appeared to have been a poacher.

Little John is possibly Robin Hood’s most faithful and trusted companion and the occasion where they first meet and their Quarterstaff fight over the river is one of the most legendary moments in folklore.  Standing at around 7 feet tall Little John actually managed to defeat Robin but was so impressed by his prowess, determination and valour that he took up his cause.

A statue of the legendary fight between Robin Hood and Little John on the bridge in Sherwood Forest.

According to legend, John was the only one of the Merry Men to be with Robin at his death, and ensured his leader is buried properly after which Little John supposedly then returned home where he spent his remaining days digging his own grave under the old yew tree. Some think all this happened at Kirklees Abbey in Yorkshire but in so far as historians agree about anything regarding Robin Hood, most tend to dismiss this and his resting place is said to be at Hathersage in Derbyshire.

It’s indicative of how rich and complex the tales of Robin Hood are that Hollywood always concentrates on Nottingham when many of  the legendary locations are in Derbyshire and Yorkshire.

Entrance to the cemetery where one might find Little John?

Journey to the beautiful Church of St Michael and All Angels’ Church in Hathersage and you will have to pass through this beautiful entrance gate which is both beautiful and so typical of an English churchyard.  The interior of the church doesn’t let you down either whatever your reason for visiting.

Inside the church of St Michael and All Angels’ in Hathersage

The church was for centuries home to the bow and helmet of Little John who apparently bequeathed them to it.  They remained there until the middle of the 18th Century when the local William Spencer of Cannon Hall removed them as he feared for their safety given the then poor state of repair of the church.  These artefacts still exist though have since been taken by descendants to their current home in Scotland. 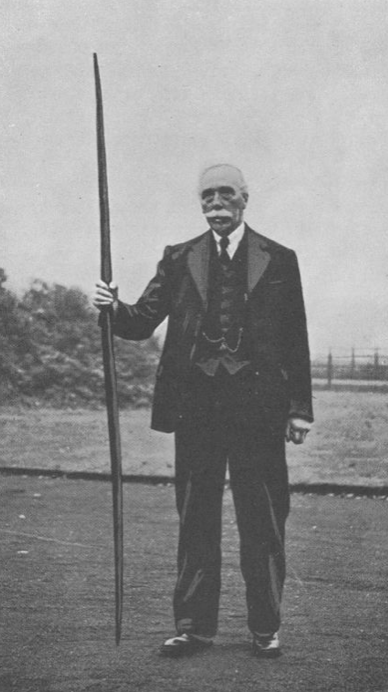 A modern tombstone marks the alleged grave of Little John. The plot was owned by the Naylor family, who have claimed the legendary figure as an ancestor and sometimes Naylor is given to Little John as a surname in films.

There are still around 90 places in the U.K. named after Little John so one way or the other, he certainly made a bigger impact than most of us who can be proven to have lived!

If you enjoyed this post you might like to see my older post on when I visited the Major Oak, the legendary tree of Robin Hood and Sherwood Forest and the famous Robin Hood Prince of Thieves Tree when I walked Hadrians Wall.

If you really want to get to know Robin Hood but aren’t in to reading then I heartily recommend the ITV series Robin of Sherwood; by far the best television production of any legend or folklore tale.  Here you can see Little John towering over everyone and a very young Ray Winstone on the left as Will Scarlet.

A two hour film made by an American studio has to almost by necessity water down everything and fixate on one or two story points but the stories of Robin Hood are much more in-depth and rewarding than that and a 3 year running television programme is much more fulfilling and actually has better acting and action sequences too as well as combining history, mythology, paganism and classic adventures.  None of the more recent productions anywhere come anywhere close to it.

I am a writer and traveller with a penchant for history and getting off the beaten track. With several books to my name including several #1 sellers. I also write environmental, travel and history articles for magazines as well as freelance work. I run my private tours company with one tour stated by the leading travel website as being with the #1 authentic London Experience. Recently I've appeared on BBC Radio and Bloomberg TV and am waiting on the filming of a ghost story on British TV. I run my own private UK tours company (Ye Olde England Tours) with small, private and totally customisable guided tours run by myself!
View all posts by Stephen Liddell →
This entry was posted in Heritage, history, Movies and Films, Popular Culture, television and tagged Derbyshire, Folklore, Hathersage, Little John, Little John grave, Robin Hood, Robin of Sherwood, Sherwood Forest. Bookmark the permalink.

2 Responses to The life and grave of Little John of Robin Hood fame.