Posted on September 21, 2020 by Stephen Liddell

We all know the story of Robin Hood, Little John and the others in Sherwood Forest but where I live we have a similarly motivated though perhaps less successful and well-know figure and his name is Jack O’Legs who also stole from the rich and gave to the poor.

Jack lived in a cave near the the town of Baldock and the village of Weston in Hertfordshire.   Jack was a very tall chap, in fact so tall that he could talk to people through their upstarts windows though admittedly they might not be quite so high as they are today. 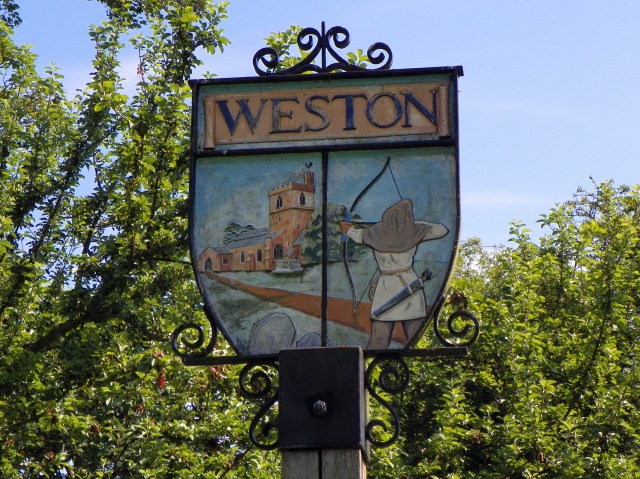 Weston village sign, which depicts Jack O’Legs, a local giant who stole bread from the bakers of Baldock to feed the poor. Before he was hanged for his crimes, he requested that he shoot an arrow from his bow and be buried where it landed. The arrow was launched from outside Baldock and landed in Weston’s churchyard, where his grave stands.

All was well until one year there was a pretty bad harvest and the bakers from Baldock cornered the local market in flour and put the prices up which is something we can all sort of relate to today.  Thinking this to be somewhat unjust,  Jack O’Legs used to lay in wait for the bakers on what is now called Jack’s Hill between Weston and Graveley. He caught them, got the flour off them and gave it to his friends in Weston.

This happened a few times and understandably the profiteering bakers weren’t too happy about it and they laid in wait and ambushed him in a surprise attack before taking him to Baldock to execute him but before they did so they agreed to grant him a final request. 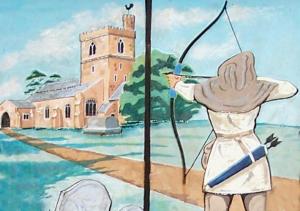 He said ‘point me towards Weston and where my arrow lands I wish to be buried’ . So they gave him his bow and arrow, which no one else could pull because it was so enormous, and he fired off his arrow into the sky towards Weston and it landed three miles further on in Weston churchyard with some accounts saying the arrow actually struck the steeple of the church before bouncing down into the soil.

Either way, Jack was buried where his arrow fell and you can still visit his grave today.  As sometimes used to be the case, Jack has both a headstone and a foot stone.  He really must have been a giant as the two stones are 14 feet apart or around 5 metres!

The grave of Jack O’Legs at Weston Church

As with most stories from King Arthur onwards, it is likely that however unlikely or exaggerated the legend might sound to us, Jack likely was a really tall man who used his gifts to help the poor and then after his execution, the poor local people would remember him in a kindly fashion.

A steep slope on the Great North Road, near the village of Graveley, is where Jack was said to have robbed rich travellers, and is still called “Jack’s Hill”.

In this case we are able to narrow it down somewhat as the town of Baldock wasn’t founded until around 1148AD which is relatively modern for Britain.  Jack was first recorded in a poem by John Skelton in about 1521 called ‘Speak Parrot’ which is a diatribe against Cardinal Wolsey. In it he has a line saying ‘The gibbett of Baldock was made for Jack Leg’.  The fact the the writer didn’t expand on who Jack was indicates that anyone who was likely to hear the poem would be well aware of who Jack was.

The capture and execution of the giant suggest a period when it was possible for the local Lord to execute people caught red handed – a right known as infangenthef. And the whole story of Jack O’Legs suggests that he was subject to something like a legal lynching. Infangenthef was a practice granted to local Anglo-Saxon Lords as a way to maintain law and order locally but over the centuries that followed the Norman conquest, the practice fell out of favour.

What the Bakers did to Jack may seem brutal but life was harsh for most people and a baker’s life was not easy. The work was hard and the hours were very long. Because bread was such an important food for the people, there were many laws relating to it. 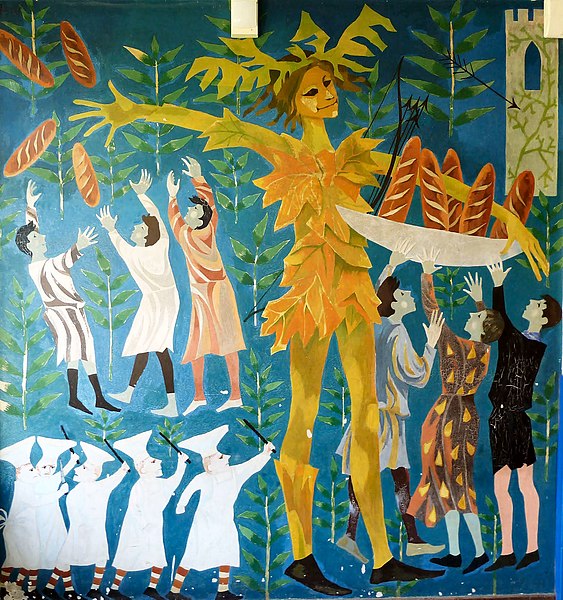 Bakers who were found guilty of selling loaves that were under weight, could be locked in the pillory (a wooden framework on a post with holes for the head and hands) where everyone one could see that they had done wrong. People could shout abuse at them and throw rotten foods in their face. In times of famine, the local authorities could force the bakers to sell their bread for less than it cost to make. Sometimes bread was simply taken by them, without paying anything, to feed the town.

Nevertheless, there are so many references locally to Jack O’Legs that it must be based on fact and even today when driving on the Great North Road (now known as the A1) thousands of people every hour go up and down Jacks Hill from where he used to sit in wait.

Incidentally, my new book Secret Gardens of the City of London is now at number 3 of the Amazon section charts.

Secret Gardens of the City of London is now at number 3!

You can read more about Secret Gardens of the City of London on the dedicated book page from the top menu. 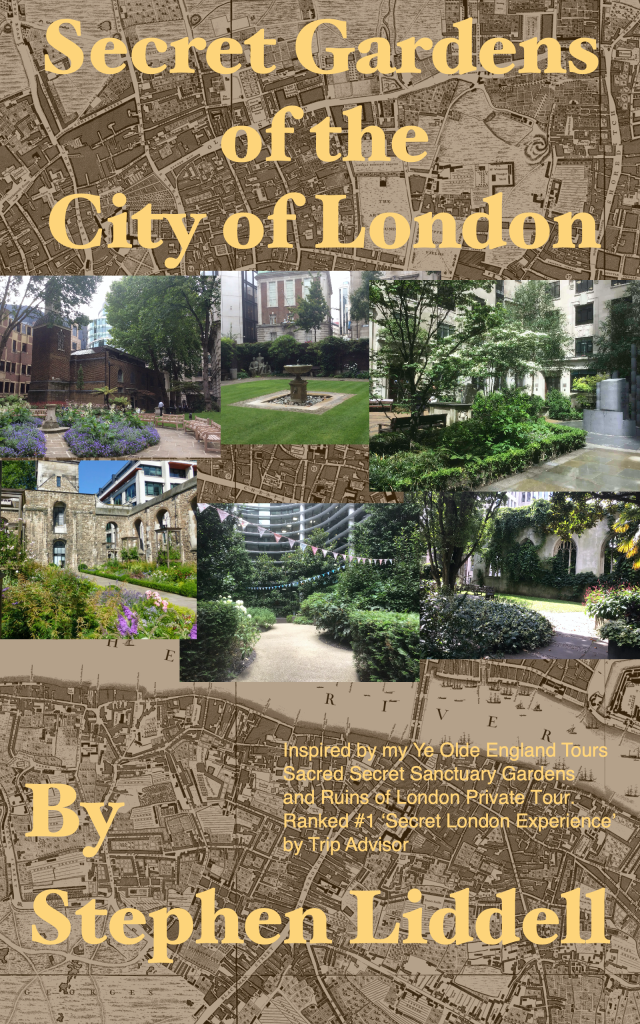 Secret Gardens of the City of London

I am a writer and traveller with a penchant for history and getting off the beaten track. With several books to my name including a #1 seller, I also write environmental, travel and history articles for magazines as well as freelance work. Recently I've appeared on BBC Radio and Bloomberg TV and am waiting on the filming of a ghost story on British TV. I run my own private UK tours company (Ye Olde England Tours) with small, private and totally customisable guided tours run by myself!
View all posts by Stephen Liddell →
This entry was posted in history, Life, Popular Culture and tagged Baldock, church, County of Hertfordshire, Giant, Jack O'Legs, King Arthur, Legends, Robin Hood, Weston. Bookmark the permalink.

4 Responses to The Legend of Jack O’ Legs – Hertfordshire’s answer to Robin Hood!