The secret underground road right in the heart of London

It’s hard to believe that just a few minutes walk from the iconic Trafalgar Square or the hustle and bustle of Covent Garden, there is an almost forgotten and entirely buried street in the very centre of London.

It’s rarely used by anyone these days save for those of us who know London like the back of our hands and that generally means taxi drivers, couriers and friendly independent tour guides but if you know where to look and you don’t mind slightly haunted, twisted dark tunnels then Lower Robert Street might be just the short-cut you’ve been looking for. 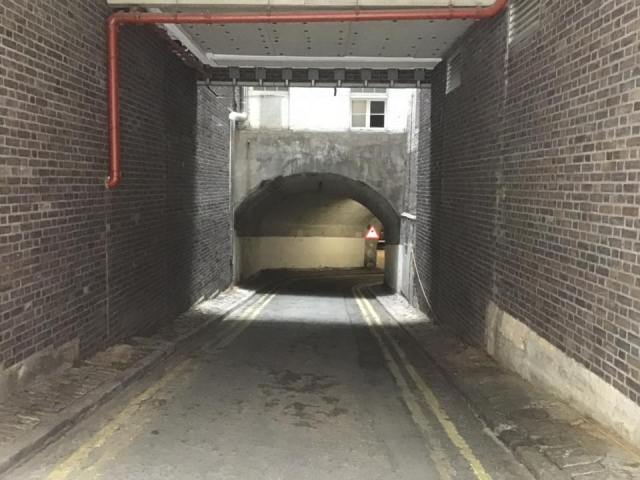 Did you hear Poor Jenny?

Emerging into the modern era.

What now looks rather creepy and indeed was once creepier still started life as an extravagant palatial development just behind York Watergate that I wrote about last week.

Developed by four Scottish brothers; John, Robert, James and William Adam; they named the scheme, ‘Adelphi’ which is the the Greek word for brothers.

Construction began in 1772 and with many of the labourers who worked on the project also being Scottish, live music was provided for the workers in the form of a group of bagpipe players.

Because it was so close to the river Thames, the Adelphi was located on a slope.The main building – the row of ornate houses- remained level with the Strand, jutting out over the incline.  To fill in the large void below, a complex of vaulted arches and subterranean streets were created- of which Lower Robert Street is now the only remaining example in practical, public use though a quick walk around the area reveals many other potential though largely hidden geographical quirks.

Richard D’Oyly Carte  who went on to founder of the nearby Savoy hotel (see the Victorian Farting Lamp) lived here as did the important social reformer Charles Booth as well as several prominent literary figures such as George Bernard Shaw, Sir J.M Barrie and Thomas Hardy.

The Adelphi- and in particular the subterranean lair which lurked beneath- was also mentioned in Charles Dickens’ 1850 masterpiece, David Copperfield;

“I was fond of wandering about the Adelphi, because it was a mysterious place, with those dark arches. I see myself emerging one evening from some of these arches, on a little public-house close to the river, with an open space before it, where some coal-heavers were dancing; to look at whom I sat down upon a bench. I wonder what they thought of me!”

The glitz and glamour of the Adelphi was sadly relatively short-lived when in the late 1860s much of the Thames in central London was reclaimed as part of a vast engineering program to improve the city’s sanitation and the river waters pushed back as the wide Victoria Embankment was created. 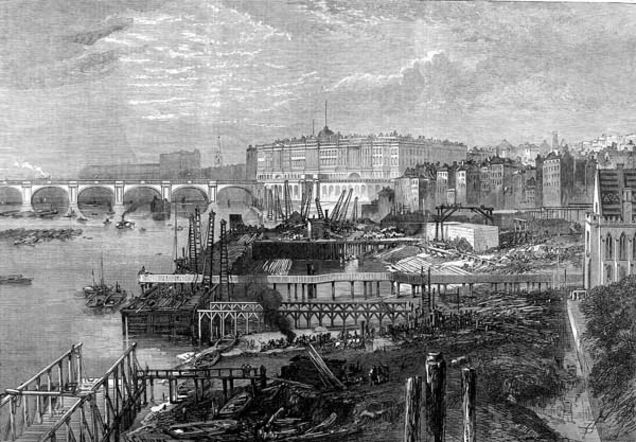 The Victoria Embankment Under Construction

The new major road which also includes sewers and of course the Circle and District Underground lines were built right in front of the Adelphi’s lower vaults and roads, robbing them of their tranquil and prestigious riverside location. Now isolated from the Thames, the area beneath the Adelphi sank into decline and the twisting underground roadways became a haven for beggars and criminals. As one historian noted; “the most abandoned characters have often passed the night” beneath the Adelphi, “nestling upon foul straw.”

Of course, such a squalid history in London means that the street also has that other prerequisite for unusual tourism in the form of its own resident ghost who is known as ‘Poor Jenny’.

‘Poor Jenny’ was a prostitute who lived and worked in the bowels of Lower Robert Street,  living on and amongst at pile of filthy rags.  Sadly one one night, Jenny was throttled by one of her clients and today, her screams and gasps can be heard echoing through Lower Robert Street.  Sometimes even the awful noises are accompanied by a rhythmic tapping; the sound of Jenny kicking the floor as she fights against her attacker.

Its probably for the best that Lower Robert Street has long been closed off through the night.  I had to rely on Google for the final image below as the street is temporarily closed off.  At first I ended up deep under ground in a parallel but private area; not wanting to be foiled, I managed to find access for my other photos via alternative means. 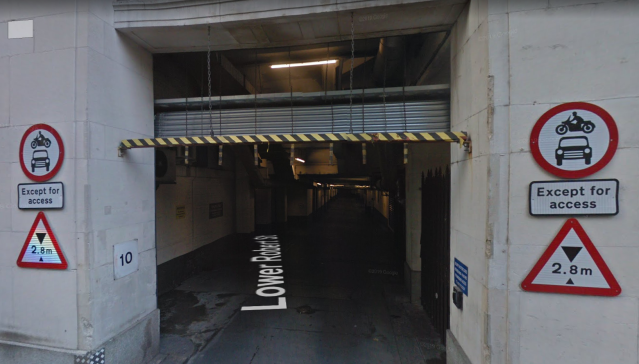 The exit at the Embankment side.

I am a writer and traveller with a penchant for history and getting off the beaten track. With several books to my name including a #1 seller, I also write environmental, travel and history articles for magazines as well as freelance work. Recently I've appeared on BBC Radio and Bloomberg TV and am waiting on the filming of a ghost story on British TV. I run my own private UK tours company (Ye Olde England Tours) with small, private and totally customisable guided tours run by myself!
View all posts by Stephen Liddell →
This entry was posted in Heritage, history, Life, London, Travel, Ye Olde England Tours and tagged Adelphi, Embankment, Ghosts, Lower Robert Street, Secret London, Tunnels, Victorian. Bookmark the permalink.