This is the final posting in my recent collection of motley maps, at least for now. 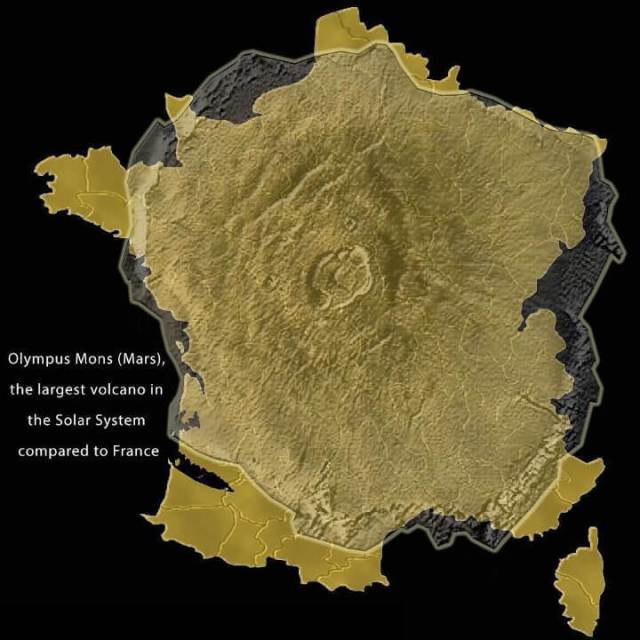 France is a pretty big country by any going, the only European nation that wouldn’t necessarily be dwarfed by countries on other countinents.   However, incredibly it is the almost the exact same size as Olympus Mons on the planet Mars.  Olympus Mons 13.6 miles / 22km / 72,000 feet tall and being the size of France is perhaps not surprisingly the largest volcano in the entire Solar System despite Mars being one of the smallest planets. 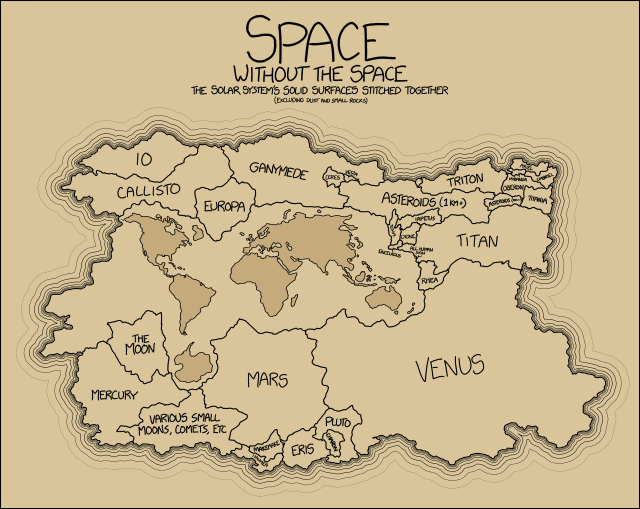 A map of the land mass of the Solar System

The map above indicates the sizes of the land-masses in the solar system if laid out together alongside a map of the Earth.  This map doesn’t include gas-giants such as Jupiter which have only a relatively tiny solid core.  The planet Venus is sometimes said to be the twin planet of our Earth and from this map you can see it is of nearly the same size. 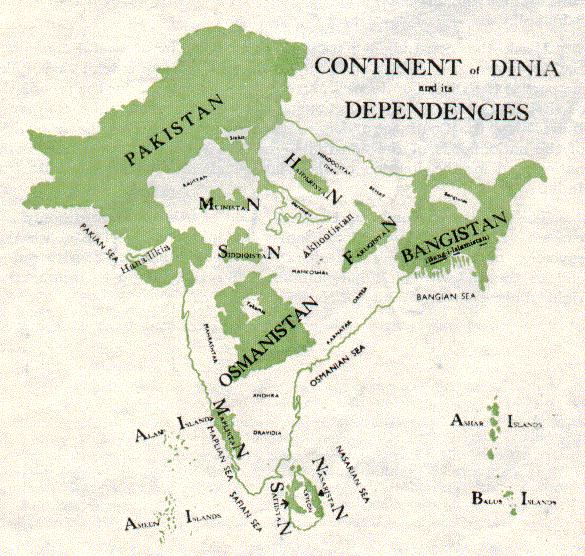 If the map above of Dinia looks vaguely familiar that is because it was drawn up by Choudhary Rahmat Ali who was an early proponent of a separate nation of Pakistan, differentiated from that of India.   The areas in green were those he proposed would be part of a broader Muslim nationhood and this materialised into Pakistan and Bangladesh.  Whilst India is not a Muslim country, it still has a higher Muslim population than many Islamic nations of the Middle-East and North Africa. 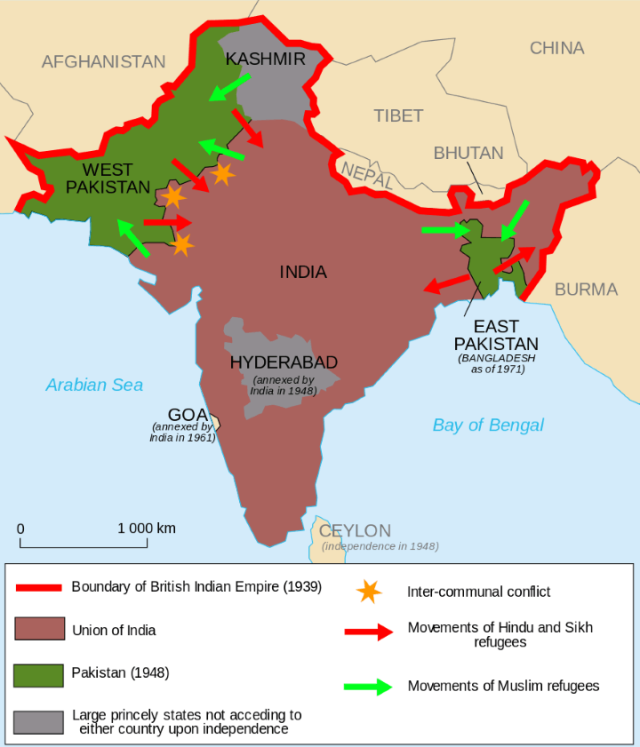 The Partition of India

When the British finally decided on a plan to withdraw from India, it was decided that the vast land would be partioned into areas of predominantly Muslim areas which became Pakistan and what is now Bangladesh whilst the majority of the territory would become the Union of India with a Hindu and Sikh majority.  However this plan meant that many felt the need to leave their property and family history behind and move to a different part of the country.

10 million Hindus moved out of Pakistan whilst 5 million Muslims moved out of India.  With the vast majority of the British Army having already withdrawn, there was great potential for inter-community aggression at what was always going to be a very heated occassion.  Sadly between 1-2 million people are thought to have lost their lives during this brief period. 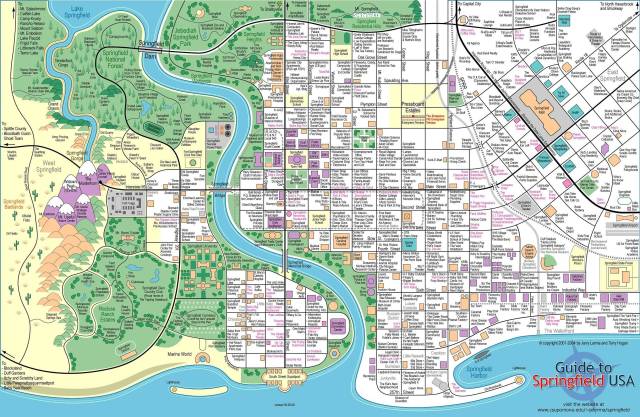 Springfield in The Simpsons

Whilst no-one is quite clear where Springfield is and the creators of the show always find ways to hide which state Springfield is in, the city of Springfield is quite thoroughly mapped as shown above.  I know from experience when creating a work of fiction it is absolutely necessary to have a map to hand so you can say with authority just how one place relates to the other.

Countries of the World invaded by France

Whilst not quite as expansive as the British Empire, the French Empire sure did give things their best shot.  If your country is grey, congratulations, you were never invaded by France!

Most people assume that the VIkings were a bunch of horny folk from Scandinavia that did a spot of rapeing and pillaging in the British Isles settled in Iceland.  In truth the Vikings were much more far-reaching than that.  The Vikings are well known to have used the great rivers to get down to the Black Sea and even the Caspian Sea in Asia.  They were one of many powers that occupied Sicily, the raided North Africa, had colonies in Greenland whose name was apparently one giant marketing gimmick to entice people from freezing Iceland to that well-known sun and sand location that is Greenland.    The Vikings even settled in North America, pre-empting the journey of Christopher Columbus by centuries.

Westeros Vs The British Isles

It’s quite a well known fact that Game of Thrones is heavily drawn from British history and even geography and I’ve long thought that the opening titles are some weird variation of the British Isles too.   The House Star is the House of York, Lannisters and Lancasters, the wall and Hadrians Wall.  There are many more, I live just 2 miles away from the little village of Kings Landing, or rather Kings Langley.     Someone though as mixed and matched Westeros and the British Isles, whilst not an exact match there are certainly similarites.

I am a writer and traveller with a penchant for history and getting off the beaten track. With several books to my name including several #1 sellers. I also write environmental, travel and history articles for magazines as well as freelance work. I run my private tours company with one tour stated by the leading travel website as being with the #1 authentic London Experience. Recently I've appeared on BBC Radio and Bloomberg TV and am waiting on the filming of a ghost story on British TV. I run my own private UK tours company (Ye Olde England Tours) with small, private and totally customisable guided tours run by myself!
View all posts by Stephen Liddell →
This entry was posted in geography, Life, Travel and tagged France, Game of Thrones, India, Maps, Mars, Pakistan, Springfield, The Simpsons, Vikings, Westeros. Bookmark the permalink.

4 Responses to My final Map Medlee!