The Ædifying use of Æ

No, I haven’t been holding down random keys on my keyboard when writing the title of this post though I dare say that it might be the only published article anywhere on the internet today that features Æ.Whilst writing an upcoming blog post, I realised that it contained an awful lot of these things “Æ”.   Whilst I can’t say they are common even to me, I do come across them from time to time when reading or writing history, especially old history.

Whilst writing an upcoming blog post, I realised that it contained an awful lot of these things “Æ”.   Whilst I can’t say they are common even to me, I do come across them from time to time when reading or writing history, especially old history.

Originally to be found in Latin and ancient Greek, Æ is also evident in Scandinavian languages and old English.

An Æ or æ is known as a digraph or a two-letter symbol. Æ also has the properties of a dipthong where one sound eases into another within the same vowel.  In old English, the use of Æ was a routine thing.  It is called an ‘æsc’ or ‘ash’ for speakers of modern English and was a vowel with a pronunciation somewhere between ‘A’ and ‘E’, actually sounding something like the ‘A’ in ‘cat’.

Before the arrival of the Normans in 1066, Æ was used a lot in both words and names but it began to die out from widespread use in around 1300 as the languages diverged and English became more Anglicised.

It retains rare usage in British English, not least due to the lingering influences of Latin.  The odd Æ can still be found in English though it is much more likely to be see as an ‘ae’ largely through the evolution of the language but also from the practicalities of many typewriters not having Æ keys.

In the USA however the usage of AE is much less frequent, let alone the archaic Æ and often the spelling has just simplified into the use if ‘e’ with just a few exceptions such as Cæsar being Ceasar.

I always learnt the word Æon though was familiar with the modernised spelling of Aeon, until today I wasn’t really aware that many use the spelling Eon.  It just doesn’t look right to me.

Wherever I stand on the use of antiquated English, it is just one example that has seen Ædify become Edify.  Æther become Ether and Anæsthetic has become Anesthetic

I’ve even seen that Æsthetic which I know as Aesthetic has in parts of North America turned into Esthetic which just doesn’t seem right to me as someone who thinks of language as an art form with history rather than just a standard method of communication.

One of the last remaining every day uses of Æ is in the word Encyclopædia.

We can see a good example of just how language as evolved even in the last century as the process of Anglicising words from their Latin and Greek words has continued.   The Wright Brothers  ‘invented’ the æroplane.  They set up their company as the Wright Brothers Aeroplane Company as Aero has a long history in Greece as mean Air.    This spelling goes with such related terms as aerospace, aerodynamics and aerodrome.  As with other words, the Æ was dropped from common usage.  In the USA æroplane became airplane whilst in the UK the word only evolved into aeroplane. 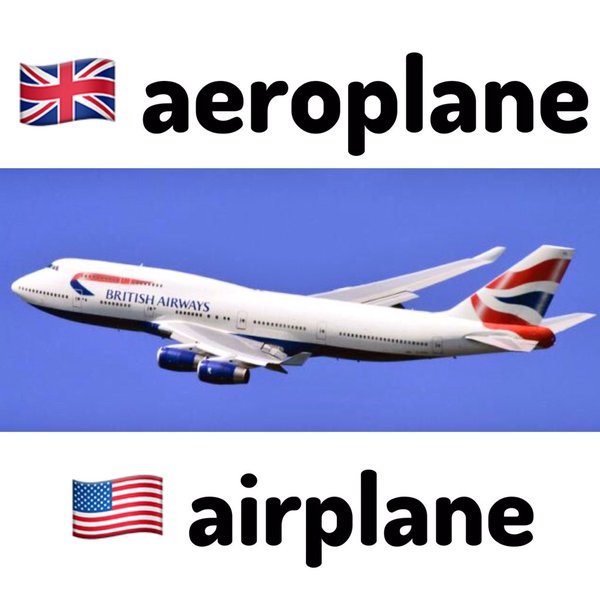 Whilst using Æroplane isn’t wrong, it has just fallen out of usage.  These days you are most likely to come across Æ in history texts of about 1,000 years or older.  Now that you know what Æ is and how you say it, there is no reason not to enjoy my next blog post which is positively overflowing with the good old English Æ.

I am a writer and traveller with a penchant for history and getting off the beaten track. With several books to my name including a #1 seller, I also write environmental, travel and history articles for magazines as well as freelance work. Recently I've appeared on BBC Radio and Bloomberg TV and am waiting on the filming of a ghost story on British TV. I run my own private UK tours company (Ye Olde England Tours) with small, private and totally customisable guided tours run by myself!
View all posts by Stephen Liddell →
This entry was posted in Heritage, history, Life, writing and tagged aeroplane, Æ, Encyclopædia, Etymology, history, Language. Bookmark the permalink.

13 Responses to The Ædifying use of Æ