The home of Beatrix Potter & the wonderful world of Peter Rabbit

Following my exertions in the early part of my holiday a few weeks ago, I thought it would be a good idea to have an easier sort of day.  That didn’t mean it wouldn’t be a very full one however, just a little less strenuous.

The first part of my day was set aside with driving through the mountains to find a particular village that a friend was brought up in as a child.  It was quite a long way from my holiday cottage but the roads were deserted and I looked upon it as an excuse to go someplace that I wouldn’t have ordinarily visited.

To call the village of Outgate would be grossly overstating its size.  It is a hamlet, though quite a beautiful one at that with a pub and a smattering of houses and lots of open space.  It must have been a wonderful place to grow up in.   Outgate was on the road to Hill Top, the home of Beatrix Potter and so I thought to myself, why not? 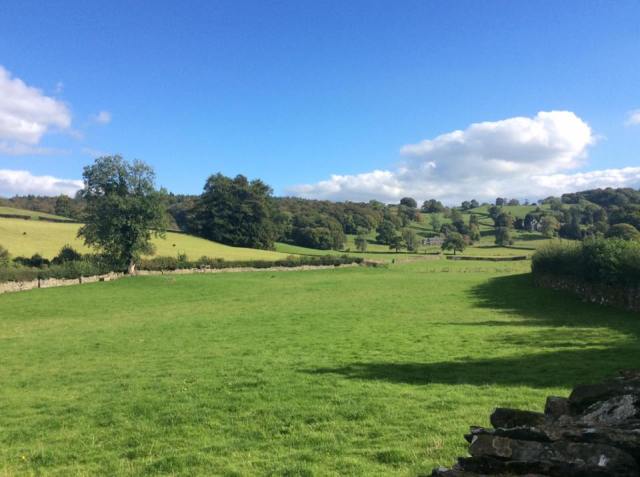 A nice spot to park the car at Sawrey

I must admit that I have never ever read any Beatrix Potter. I think I had quite a mature childhood when it came to entertainment as I never had any interest in childrens shows or books and instead immediately was reading and watching shows that were 10 or 20 years more advanced than I should have been.  That being said, who doesn’t know about Beatrix Potter and Peter Rabbit.  It would be hard to find a more charming universe of tales and adventures and all thrillingly non-commercialised, violent or risque.  As I am a writer and vaguely in the neighbourhood and as I love visiting old houses, it did seem like a perfect mix for me.

There is only very limited parking at Hill Top, Beatrix had a very modest property in a tiny village surrounded by luscious scenery.  Even in early October, the car park was full and a steady stream of motorists were trying in vain to park.  I did what seemed like the obvious and smart solution was, to drive a little further on the road and find if not exactly a layby then a wider stretch of road that had half a dozen other cars parked there too.

The gardens of Hill Top are pretty unremarkable and are, I imagine, similar to what countless other family homes look out over.  Some lawns, farmland & mountains in every direction and a large number of vegetable patches.  This isn’t any old garden though; this is where Peter Rabbit, Jemima Puddleduck and many others lived out their charming adventures and even though I knew next to nothing about them, I really enjoyed exploring the paths and it was easy to see how the characters got up to mischief here and how Beatrix Potter was inspired to write her books at this very house.

Like all other national trust houses, the interior is also preserved exactly as it was in the time that the prominent home-owner lived there.  In a way I was a little surprised at how austere some of the rooms were although others were very comfortable both then and now. 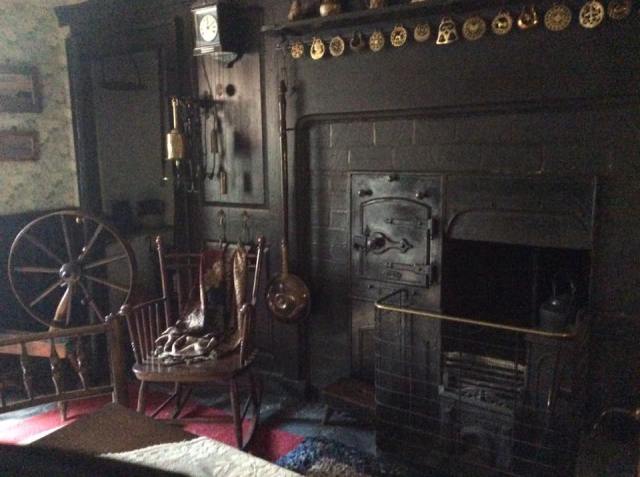 Inside the home of Beatrix Potter

Beatrix Potter was actually a Londoner but like many others, she visited the Lake District and decided it was a far better place to live than anywhere else.  She became a hill-farmer, primarily concerned with sheep.  She was a canny business woman and way ahead of her time in many respects even poaching shepherds and farm-hands from her local competitors by offering better wages if she thought it made good business sense.

Perhaps the most important thing about Beatrix Potter is not her farming or indeed her cherished works of literature but the fact that she loved the Lake District.  She was a key figure in the formation of the National Trust and also in the safeguarding of the unique character of the Lake District so that it could become a National Park.  In fact she would use the royalties from her book sales to purchase both some of the most beautiful and also some of the most expensive areas to stop them being spoilt or developed and preserve them for future generations, generations like myself.

What I particularly enjoyed during my visit to Hill Top was seeing her personal belongings and furnishings but especially her hand written notes and drawings that were the creation of Peter Rabbit.  i thought them to be rather wonderful and special, just like the lady who created them.

The birth of Peter Rabbit

Not too far away there is also a gallery, full of Peter Rabbit but sadly my itinnerary for the day was taking me somewhere completely different.  I walked back to my car and headed east towards Lake Windermere.   Windermere is the largest natural lake in England (though not the U.K.)  and I wanted to go to the much visited town of Bowness on Windermere.  Windermere is 14 or 15 miles long depending on how you count its ending point and about 1 mile wide and with several islands and bends along the shoreline from one end to the other.

Rather than drive along the windy roads for 30 miles, I took the opportunity to go on a car-ferry.  I went on one on my day trip to Montenegro last December but aside from a few along the coast in England, this one at Windermere seems to be the only one covering an internal waterway so I thought it had to be done.  15 minutes later I was parked up in Bowness.

It had to be done!

The weather was a beautiful, warm Autumn day  but my plan of exploring Bowness had changed as I so enjoyed my car ferry ride, I decided to take a 3 hour boat cruise on the Lake.  There are several boats that ply a service up and down the lake and it was only by chance that I had the best one.   Though they had a nice heated and comfortable area below deck, like several others, I decided to sit up on the roof for the best views.  I wouldn’t say that it was a mistake but there was a very cool breeze running along the water and that was mad worse when were going along at full speed and often in the shade due to the peaks that line the lake.

This photo is taken from the southern end of the lake. The mountains on the horizon are about half way along the lake as it bends left out of sight.

I found myself manuevering to ensure as many spots of weak sunshine could pass through the roof and railings as possible and part way along did get a cup of Cocoa.  The views were amazing and it was such a peaceful voyage, just watching the forests and some very nice country houses drift by.  There were people in canoes and rafts, others swimming or making camp on various is lands or isolated coves.  No wonder it was the setting for the film Swallows & Amazons.

At the northern terminus of Lake Windermere near Ambleside

The south end of the lake seemed to be much quieter and the land a little flatter, it is here that the lake discharges into a river and heads not too far away to the sea.  As the journey went on, the number of hardy souls on the top deck reduced almost by the minute.    First those from the Far-East and India went below deck and then those from southern Europe and the USA.  By the time we reached the north of the lake and Ambleside, there was only a handful of people left.  Myself, an Icelander and two Russians from Siberia.  Whilst they had their winter outfits on, I was in just t-shirt and light summer hoodie style jacket but just because I was freezing, it wasn’t a good enough reason not sit up top, take it like a man and have fun…. that’s the English way isn’t it?  Well that’s what I told myself anyway.

It was 5.20pm by the time we got back to Bowness and just beginning to get dark in the valleys so I decided to leave Bowness for another day and as it turned out, another holiday, and make the hour long drive back to the farm where I was staying.

Incidentally, I have teamed up with a local tour guide and can now offer day tours (as well as longer trips from London) along the lines of this outing and earlier ones in my blog.  See https://yeoldeenglandtours.co.uk/our-tours-2/lake-district-tours/     for details.

Heading back to port at Bowness… hardly packed out on the open roof deck.

I am a writer and traveller with a penchant for history and getting off the beaten track. With several books to my name including several #1 sellers. I also write environmental, travel and history articles for magazines as well as freelance work. I run my private tours company with one tour stated by the leading travel website as being with the #1 authentic London Experience. Recently I've appeared on BBC Radio and Bloomberg TV and am waiting on the filming of a ghost story on British TV. I run my own private UK tours company (Ye Olde England Tours) with small, private and totally customisable guided tours run by myself!
View all posts by Stephen Liddell →
This entry was posted in Cumbria & The Lake District, Life, Travel, Ye Olde England Tours and tagged Beatrix Potter, holidays, Jemima Puddleduck, Lake Windermere, Life, national trust, outdoors, Peter Rabbit, Travel. Bookmark the permalink.