A new cover for an older book for my first book-signing event!

I thought I would take a quick break from my holiday blogs as things are very exciting in the Stephen household.   On Thursday I have my very first book-signing at Reasons Coffee Shop and Bookstore on the High Street at my nearest big town of Watford.

I’ll be taking all of my paperbacks along for signing and have been advertising it with various flyers at popular local locations and have produced a giant and all encompassing window poster to entice passing shoppers. 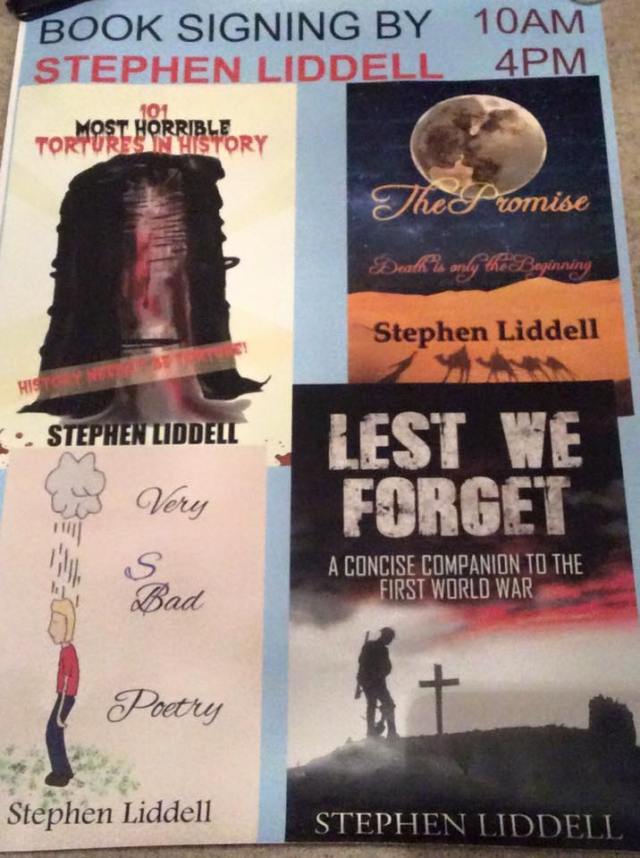 One of the exciting things about my book signing apart from the whole thing is that I get to unveil a new cover for my novel The Promise. There are lots of reasons why people might change a cover on an older book.  To re-market it or provoke fresh interest are the most common reasons.  We all know about judging a book by its cover and we all try to not be so superficial and yet I’m sure that most of us fail all the time.

Personally, I really adore old books, antiques if possible but definitely of the old leather bound variety.  Whether in good condition or dog-eared and worn, I still like old books and I too sometimes make my judgements on the covers even if the covers are not the type that would generally sell well today.

The reason why I commissioned Jo Robinson to create this cover is a long story.  The Promise was originally published as part of the epic Let Me Help historical romance novel.  It was published by a longstanding publishing house in London that sadly went broke due to monetary problems after about 9 months and it was a big fight to get my royalties which ran into hundreds of pounds.

I conspired to improve on my work and split up my book and expanded it into The Timeless Trilogy. I found a publisher that was keen to release them but then less than a year later, they too went under…. not due to my books of course.

So I was in a hurry to get all three books back on the market and probably did the wrong thing by rushing creating the old cover without any real art software so that it was similar but less impressive than the published edition which even with that, I was never happy.

In some ways it was the right thing to do as I didn’t know when my books had fallen out of circulation and less than an hour after it re-appeared online, it was selling again.

However, even taking into consideration my lack of interest in promoting my books, it still didn’t sell as well as it should and as it was book one of a trilogy, it likely impacts on the later two books which have covers I’m very happy with.

So here is the new cover.  I hope you like it as much as I do.  I wanted it to convey the nature of the book more closely as well as being all-round much prettier to look at.

As well as looking great, the cover conveys several themes of the book.   Naturally the desert and the camels give the impression it has adventure in a distant land.   As with the original cover, the Moon features prominently as that forms The Promise.  There is also a silhouette of a couple kissing which hopefully gives the impression that there is romance there too.   In the background you can see faint writings which related to a very important letter sent through the centuries from one to the other.

Finally the new cover has a subtitle which I think adds intrigue to the story as previously it was simply just The Promise. Now it gives just a hint of what the story is about. 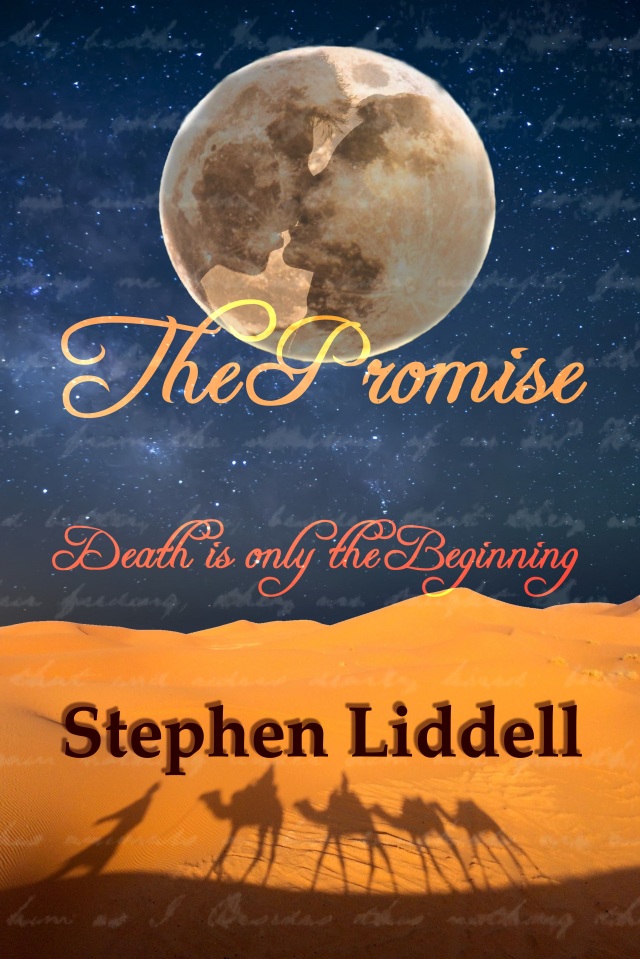 If the new book cover tempts you and if it doesn’t then please tell me why?!?! then you can find more information here.   As always, I will be sending out signed copies for Christmas so if you’d like one or three of the trilogy or any other book then do let me know here in the comments or by email.  I’m sure for a trilogy we can do a deal 🙂

I am a writer and traveller with a penchant for history and getting off the beaten track. With several books to my name including several #1 sellers. I also write environmental, travel and history articles for magazines as well as freelance work. I run my private tours company with one tour stated by the leading travel website as being with the #1 authentic London Experience. Recently I've appeared on BBC Radio and Bloomberg TV and am waiting on the filming of a ghost story on British TV. I run my own private UK tours company (Ye Olde England Tours) with small, private and totally customisable guided tours run by myself!
View all posts by Stephen Liddell →
This entry was posted in Life, writing and tagged Book Covers, Book Signing, Fiction, Historical Fiction, Historical Romance, Life, Marketing, New cover on old book, Romance, The Promise, Time Travel, Timeless Trilogy, writing. Bookmark the permalink.

1 Response to A new cover for an older book for my first book-signing event!