Walking the walls of Dubrovnik

My first full day at Dubrovnik had a mighty big to-do list even if I were only to visit the highlights. Of course if you come to Dubrovnik and only do one thing, walking the city walls is that thing.  I went up on Sunday morning at 10am and for the price of 100 Kune (about £9 / $15).  By all accounts Dubrovnik is frequently packed out by cruise ship passengers to such a degree that it can ruin the experience for everyone.

I had no such problem and in my 3 hours or so, I met maybe 5 tourists and 2 very friendly locals who just wanted to chat. Apparently it takes just 2 hours to walk the walls but I investigated everywhere and just soaked it all in. Dubrovnik is that sort of place.

Looking down the main street of Dubrovnik 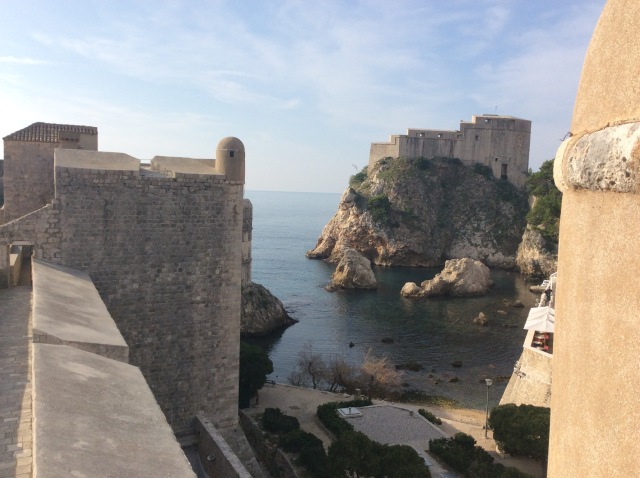 A small corner of Dubrovnik is in ruins. Apparentky sone believe it is fron the war, well nit unless the Serbs had guns that could make houses into 17th century ruins. These are the remains if hiuses destroyed in a massuve earthquake in 1667. 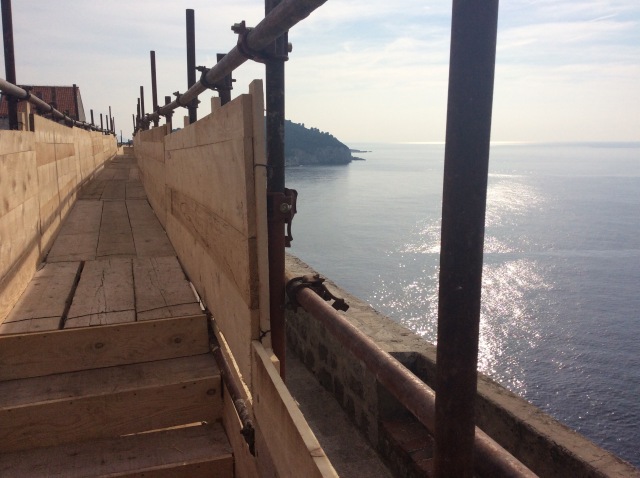 The assault in Kings Landing obviously took its toll on the walls. 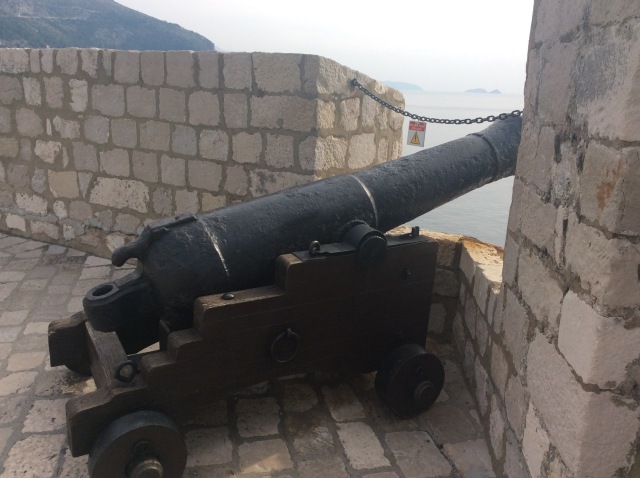 Soooo many steps in Dubrovnik and I have these bad biys all to myself. 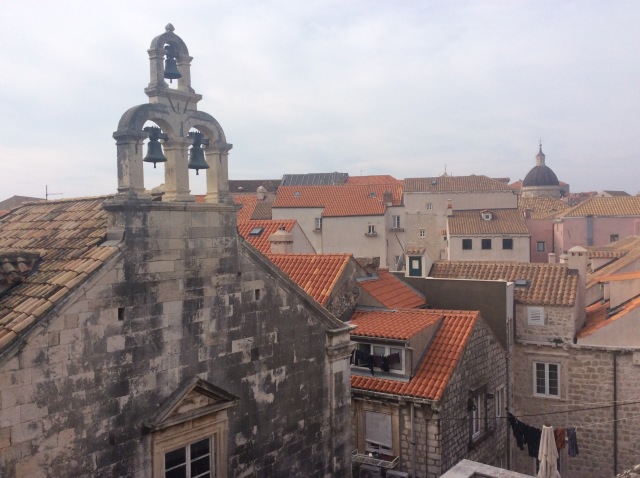 Red roofs of Dubrovnik , arent they great? Maybe Florence in Italy can match them but nowhere ekse has tgese walls and the sea. 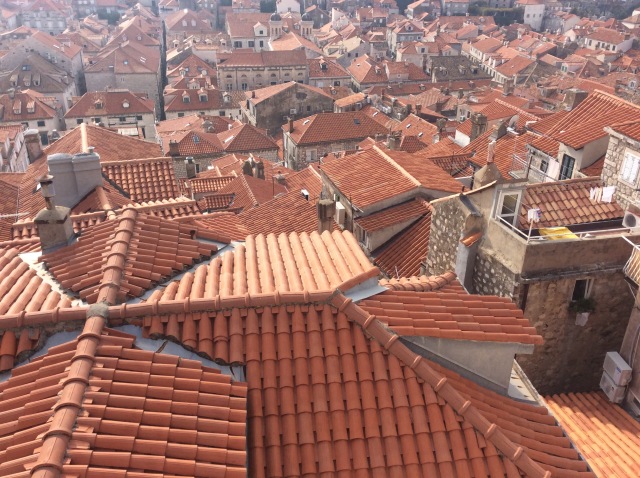 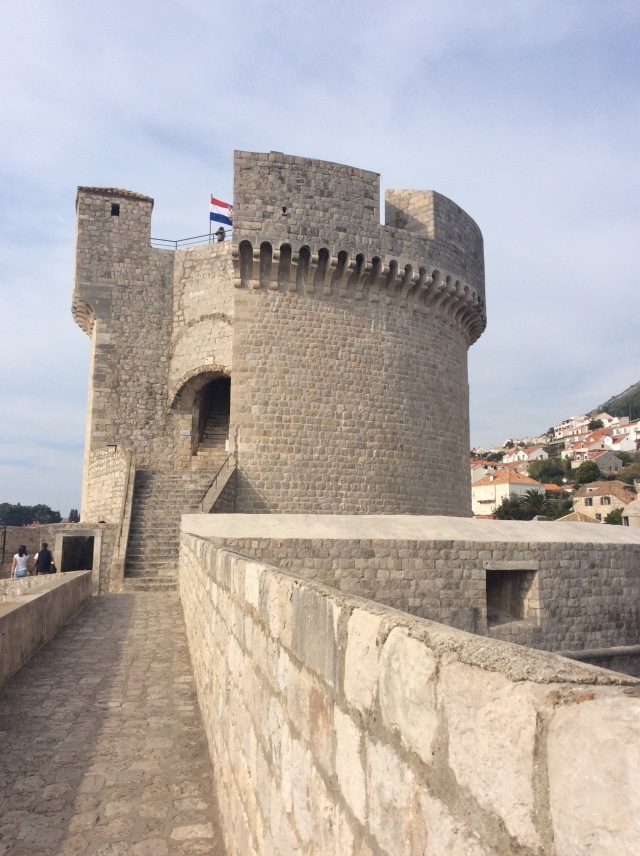 The Minčeta Tower built in the 15th century to combat the Ottoman threat. With walls 20 feet / 6 metres thick, Dubrivnik really was inpregnable.

Khaleesi was here – For GoT fans, and those like myself with loyalty to the house of Daeneyrs Targaryen this is where she walked to try to find her way into the city in Season 2. 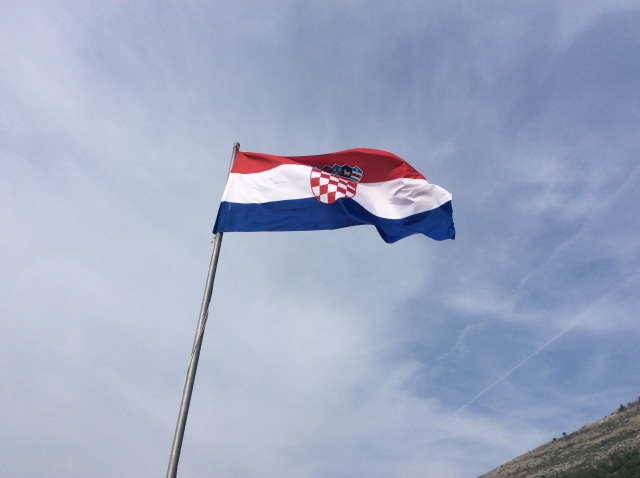 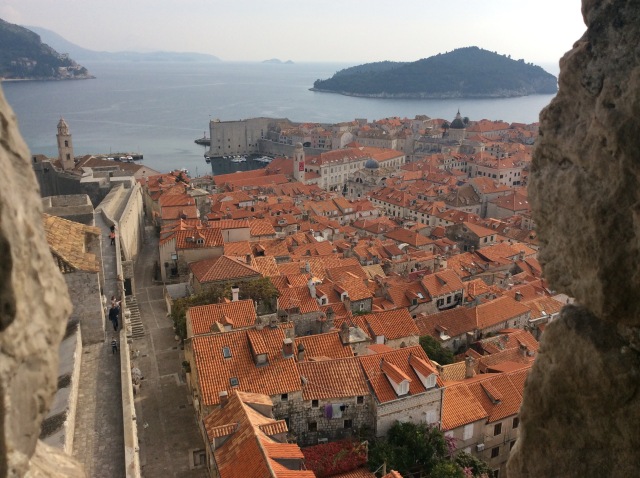 I’m sure you’ll agree how uniquely beautiful Dubrovnik is and how fortunate I was to have it all to myself. Tomorrow there will be more photos of the fortress, an island cruise and an unforgettable Cable Car ride up Mount Srd with the most wonderful views of Dubrovnik and The Adriatic Sea.

I am a writer and traveller with a penchant for history and getting off the beaten track. With several books to my name including a #1 seller, I also write environmental, travel and history articles for magazines as well as freelance work. Recently I've appeared on BBC Radio and Bloomberg TV and am waiting on the filming of a ghost story on British TV. I run my own private UK tours company (Ye Olde England Tours) with small, private and totally customisable guided tours run by myself!
View all posts by Stephen Liddell →
This entry was posted in history, Photography, television, Travel and tagged Croatia, Culture, Dubrovnik, Game of Thrones, history, holidays, Khaleesi, Life, Photography, Tours, Travel, vacation. Bookmark the permalink.

1 Response to Walking the walls of Dubrovnik