Poetry from the Trenches

Posted on November 9, 2013 by Stephen Liddell

The 11th of November is Armistice Day, the day that originally marked the end of World War 1.   These days Remembrance Day or Poppy Day as it is sometimes called also focuses on the many later wars of the 20thC and now 21st Century too.   Whilst all these wars have been bad whether fought for good reasons or bad, for those taking part none quite match the suffering in trenches.

Now the war and its soldiers have faded and so have many of the memorials before they are refurbished for the 100th anniversary next year.  What remains strong though is the poetry that came from the war.  Many of the ordinary soldiers kept journals or wrote letters to their families back home.  Some their works became internationally famous.

My favourite is The Soldier by Rupert Brooke, I remember learning it at school.  It is sad, nostalgic and beautiful.

If I should die, think only this of me:
That there’s some corner of a foreign field
That is for ever England. There shall be
In that rich earth a richer dust concealed;
A dust whom England bore, shaped, made aware,
Gave, once, her flowers to love, her ways to roam,
A body of England’s, breathing English air,
Washed by the rivers, blest by suns of home.

And think, this heart, all evil shed away,
A pulse in the eternal mind, no less
Gives somewhere back the thoughts by England given;
Her sights and sounds; dreams happy as her day;
And laughter, learnt of friends; and gentleness,
In hearts at peace, under an English heaven.

Rupert was an interesting fellow.  He had affairs with women and men, fathered a child and suffered from a terrible mental breakdown.  Despite this he was headed for great things when sadly he died on 23rd April 1915.

The Parable of the Old Man and the Young

So Abram rose, and clave the wood, and went,
And took the fire with him, and a knife.
And as they sojourned both of them together,
Isaac the first-born spake and said, My Father,
Behold the preparations, fire and iron,
But where the lamb for this burnt-offering?
Then Abram bound the youth with belts and strops,
And builded parapets and trenches there,
And stretched forth the knife to slay his son.
When lo! an angel called him out of heaven,
Saying, Lay not thy hand upon the lad,
Neither do anything to him. Behold,
A ram, caught in a thicket by its horns;
Offer the Ram of Pride instead of him.

But the old man would not so, but slew his son,
And half the seed of Europe, one by one.

Wilfred Owen was an English school teacher working in Continental Europe.  He visited a hospital for the injured which immediately compelled him to return to Britain and enlist in the Army.    He was injured in March 1917 and spent the next 18 months recuperating back home before being declared fit for duty and returning to the war in August 1918.  Just a week before the end of the war, Wilfred Owen was sadly killed by German machine gunners.  Such was the speed of communication that his parents were sitting in their home in Shrewsbury at 11am on 11th November 1918 happy that the war was over and their son had survived when there was a knock on the door.  It was a telegram informing them their son was dead.

‘Jack fell as he’d have wished,’ the Mother said,
And folded up the letter that she’d read.
‘The Colonel writes so nicely.’ Something broke
In the tired voice that quavered to a choke.
She half looked up. ‘We mothers are so proud
Of our dead soldiers.’ Then her face was bowed.

Quietly the Brother Officer went out.
He’d told the poor old dear some gallant lies
That she would nourish all her days, no doubt.
For while he coughed and mumbled, her weak eyes
Had shone with gentle triumph, brimmed with joy,
Because he’d been so brave, her glorious boy.

He thought how ‘Jack’, cold-footed, useless swine,
Had panicked down the trench that night the mine
Went up at Wicked Corner; how he’d tried
To get sent home, and how, at last, he died,
Blown to small bits. And no one seemed to care
Except that lonely woman with white hair.

Preparing to go over the top

I knew a simple soldier boy
Who grinned at life in empty joy,
Slept soundly through the lonesome dark,
And whistled early with the lark.

In winter trenches, cowed and glum,
With crumps and lice and lack of rum,
He put a bullet through his brain.
No one spoke of him again.

You smug-faced crowds with kindling eye
Who cheer when soldier lads march by,
Sneak home and pray you’ll never know
The hell where youth and laughter go.

The poetry of Siegfried Sassoon is quite different of that of Rupert Brooke for example.  Whilst Brook’s work is glowing and nostalgic and much appreciated by those of us who never had to fight in the war, his no-nonsense graphic style of writing has always been preferred by those who have such events for themselves.

Seigfried attended Cambridge University and lived the life of a Gentleman before becoming a Cavalry soldier with the Sussex Yeomanry and then later an officer with the Royal Welch Fusiliers.  He was renowned for his bravery and nicknamed ‘Mad Jack’.  He quickly became disillusioned with the war and how it was being run and got himself in great trouble after writing a public letter to The Times newspaper stating as such.   Happily he survived the war and lived out his life until his death in 1967.

This crater here is from the start of the Battle of the Somme. The poor soldiers in the previous photo were waiting for this explosion to start the battle which sent earth 4,000 feet into air and made the windows rattle in London

The flowers left thick at nightfall in the wood
This Eastertide call into mind the men,
Now far from home, who, with their sweethearts, should
Have gathered them and will do never again.

Unlike other WW1 poets, Edward was married with children and at the older age of 37 when he decided he had to fight for King and Country.  He had a deep love for the natural countryside and many of his poems reflect this.  Sadly he died in Easter 1917.

Perhaps the most famous individual First World War Poem is In Flanders Field written by John McCrae in 1915.  John was a doctor serving with the Canadian forces in the little town of Ypres in Belgium when on 2nd May 1915 his friend Alexis Helmer was struck by an artillery shell.  As his friend and doctor, John McCrae was overcome with emotion after his burial that he wrote the following poem.

The inspiration for the use of the poppy as a symbol of remembrance. This Canadian poem was used to encourage enlistment in the USA in the last year of WW1.

Underneath the farmers fields lie the remains of hundreds of thousands of soldiers.

Many ordinary soldiers also kept journals too such as these extracts from Harry Drinkwaters diary taken from the Daily Mail newspaper:

The trenches are in a terrible condition — anything up to 4ft deep in mud and water. We’re plastered in mud up to our faces.

Our food – cold bacon, bread and jam – is slung together in a sack that hangs from the dripping dugout roof. Consequently, we eat and drink mud.

Heavy bombardment at about 11am. Heard a fearful crash. The next dugout to ours blown to blazes, and our physical drill instructor Sergeant Horton with it.

I helped dig him out. But before we could get him anywhere, he’d departed this life – our first experience of death. I’m tired out, sick of everything.

Back on the firing line, and nearly up to our waists in mud. We’ve found a new diversion — at dusk, we put a small piece of cheese on the end of a bayonet, wait for a rat to have a nibble, and then pull the trigger.

Snowed all night. Had a hard job to keep awake. One or two fellows – of whom I was one – were found to be fast asleep at the end of their sentry. We’d gone to sleep standing up – and the relief man was also asleep.

Under military law, this is a crime punishable by execution. So, as a preventative, we’ve arranged between ourselves that each sentry along the trench will fire his rifle at intervals.

At dusk, I put my head over the top to have a look around and stopped a bullet on the side of my steel hat. The vibration made my head ache.

The Germans forestalled us this morning by about three hours. After three months of hard work, our K14 mine, timed to go up at 8am, was blown in by the Germans at 4.30am.

There was a terrific explosion. The ground for yards around was lifted skywards, leaving a huge crater in the ground.

Captain Edwards, our company captain, crept out over my parapet to investigate the damage and was met by a fusillade of bullets. He stopped one through the shoulder and one in the head.

The moment after he was hit, an engineer sprang on to the parapet and, crawling on his stomach, dragged him back.

It’s worth noting that the German sentry who shot Edwards could also have shot his rescuer. If he refrained from humane motives, he was a sportsman.

I hope you enjoyed reading this niche but very interesting area of poetry.   Having been to the WW1 battlefields several times before, the poetry both brings back lots of memories but also reminds me I have to go there again soon for the 100th anniversary commemorations. 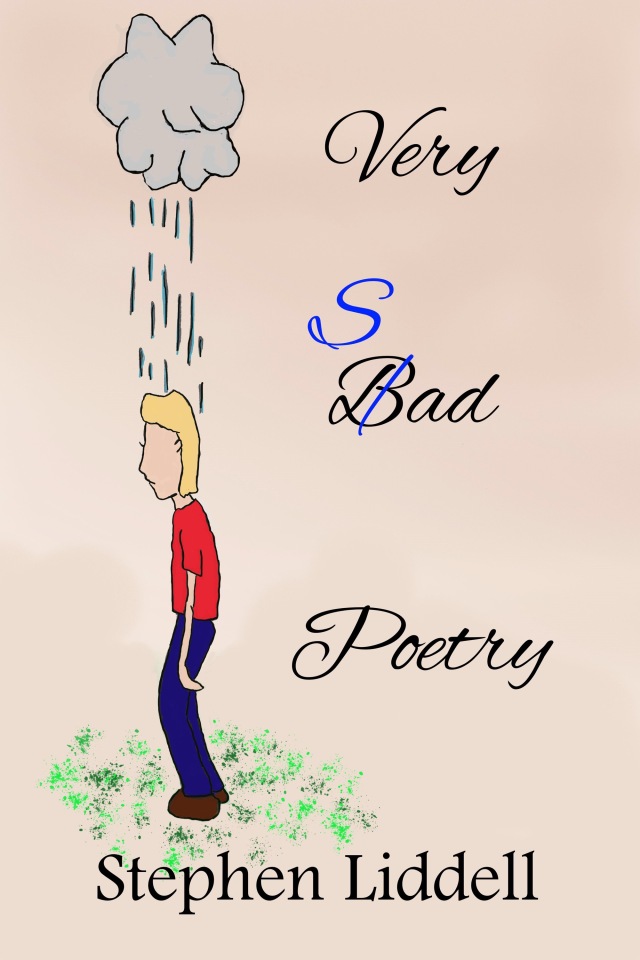 I am a writer and traveller with a penchant for history and getting off the beaten track. With several books to my name including several #1 sellers. I also write environmental, travel and history articles for magazines as well as freelance work. I run my private tours company with one tour stated by the leading travel website as being with the #1 authentic London Experience. Recently I've appeared on BBC Radio and Bloomberg TV and am waiting on the filming of a ghost story on British TV. I run my own private UK tours company (Ye Olde England Tours) with small, private and totally customisable guided tours run by myself!
View all posts by Stephen Liddell →
This entry was posted in history, writing, WW1 and tagged Armistice, Culture, history, In Flanders Field, Literature, Poetry, Poppy, Rupert Brooke, war, WW1. Bookmark the permalink.

27 Responses to Poetry from the Trenches