Getting up to mischief in some old woods

Posted on December 7, 2020 by Stephen Liddell

Some of you might remember back towards the beginning of the pandemic I wrote a lengthy series of posts on my new neighbour having gone exploring when everyone else was confined indoors.

One of my posts was on Grim’s Dyke, an ancient pre-historic monument and the grave of Visiting the grave of W.S Gilbert – the very model of a modern Major-General. Today I manage to combine both of these posts with a little addendum.

I went off exploring in the woods to the Grim’s Dyke Hotel which was the former home of W.S. Gilbert but which has latterly been transformed into a hotel in rather nice grounds.  There had only been one day of rain for several weeks so I thought that it would be relatively dry but that the cold would keep everyone else away which it largely did. 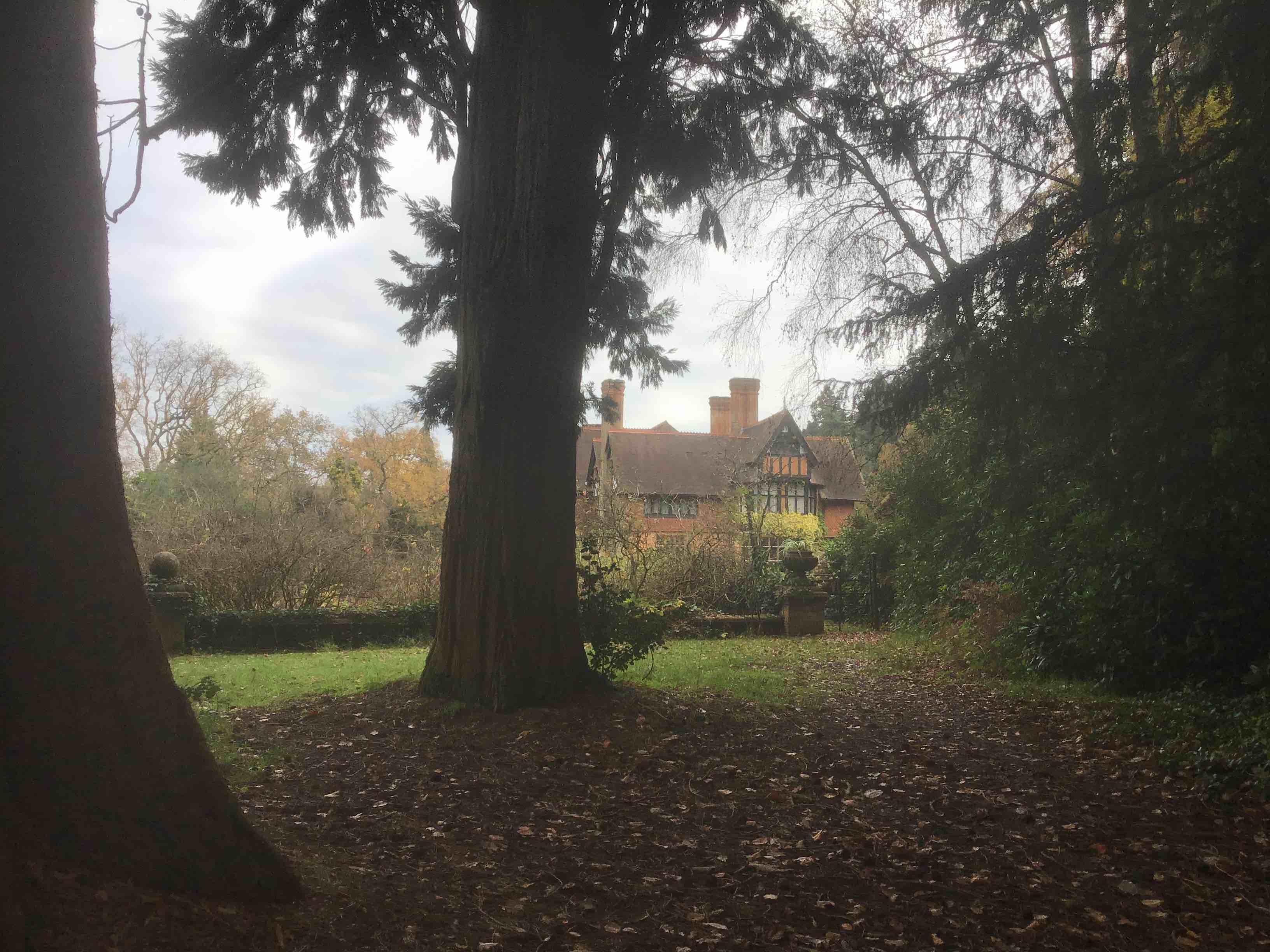 I’m never quite sure whether I am allowed here or not as some maps say it is ok but I think the hotel obviously doesn’t want to encourage people. Maybe I would stand out less when the hotel is busy but I went where there are no visitors and hoped the people working in the hotel wouldn’t notice me!

It’s a beautiful and has quite a famous restaurant which I will have to try one day.

Further along I found the outdoor pool where Gilbert actually died although now it is uncared for and returning to nature. I also found quite a large section of the mysterious Grim’s Dyke though sections of it have been modified or rather damaged over the last 150 years or so.

Having found what I set out for I made a little diversion to Levels Wood. It doesn’t look particularly dramatic in the winter but it is officially classed as Ancient Woodland and only 2% of the land in the U.K. maintains this natural terrain and to be so inside London is almost unheard of.

This wood also offers a view of my village which though over 500 feet / 150 metres above sea level is hard to see in most directions due either to forest on the south side or housing on the north side.

You can actually just see the church steeple in the gap between the trees on top of the hillside.

I then began to make my way home along the old Grims Dyke, this section being artificially flooded probably at the time of W.S. Gilbert along with the ancient looking though actually only 19th Century bridge.

It did however off the chance to catch a glimpse of the marvellous old house from a different angle.

I am a writer and traveller with a penchant for history and getting off the beaten track. With several books to my name including a #1 seller, I also write environmental, travel and history articles for magazines as well as freelance work. Recently I've appeared on BBC Radio and Bloomberg TV and am waiting on the filming of a ghost story on British TV. I run my own private UK tours company (Ye Olde England Tours) with small, private and totally customisable guided tours run by myself!
View all posts by Stephen Liddell →
This entry was posted in history, Life, London, Travel and tagged Gilbert and Sullivan, Grims Ditch, Grims Dyke, Grims Dyke Hotel, Harrow, Stanmore, W S Gilbert, walks, Woods. Bookmark the permalink.

1 Response to Getting up to mischief in some old woods