Today, millions of people cross the Atlantic every year thanks to commercial air travel, but it’s easy to forget that it had never been done less than a century ago.

Glasgow born Arthur Brown was shot down over Germany during World War One, surviving only to be captured by the Germans and imprisoned. (Read about my relation Reuel Dunn who fought The Red Baron)

Manchester native John Alcock also became a prisoner of war, after his aircraft’s engine failed over Turkey’s Gulf of Xeros.

Undeterred by their experiences in the skies during the war, both men sought to continue their aviation careers regardless.

In April 1913 the London newspaper the Daily Mail offered a prize of £10,000 to “the aviator who shall first cross the Atlantic in an aeroplane in flight.”

The outbreak of World War One delayed the competition until 1918, precisely when a newly-released Alcock and Brown found they had a lot more time on their hands.

Unemployed in the wake of the war, Alcock employed Brown as his navigator after being impressed by his know-how.

Alcock and Brown weren’t the only flight team ready to take off from St John’s, Newfoundland on the morning of June 14. Several other teams had also entered the competition.

Fearing they might have lost their chance, the British pair quickly assembled their plane and took off at around 1.45pm, whilst their competitors were busy conducting a test.

Their hasty take off almost resulted in disaster when their Vickers Vimy plane barely cleared the trees at the end of the runway.

Alcock and Brown survived continuous cloud, snow and ice and a near-fatal stall in their open-cockpit Vickers Vimy, as well as a thick fog that meant they had to blind-fly almost the entire way.

The overloaded aircraft’s exhaust pipe burst, creating a noise so loud it made conversation impossible without intercom – which also failed. 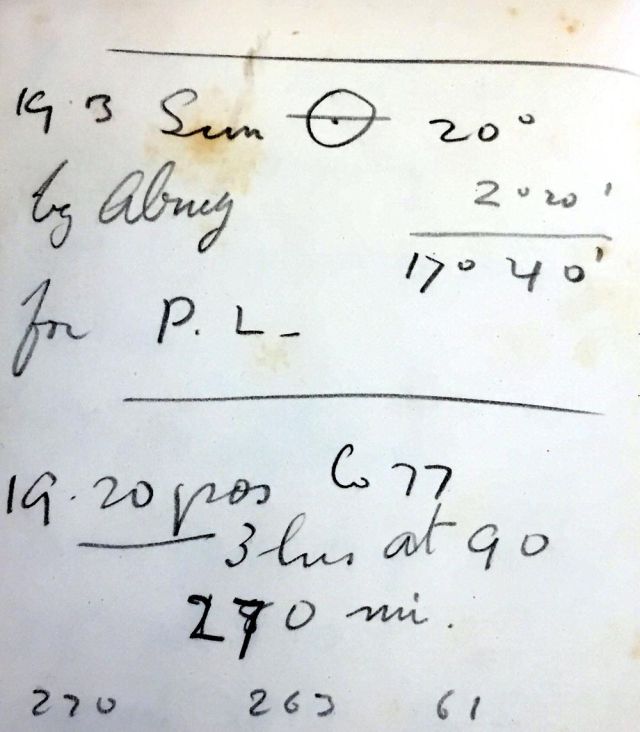 Browns original Calculus notes made during flight in an attempt to keep their navigation on track.

If that wasn’t enough, their wind-driven generator also gave up, causing the pair to lose both radio contact and much-needed heating. 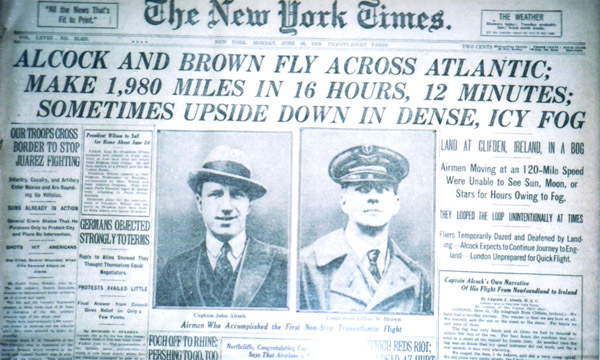 Their aircraft suffered severe damage because of an attempt to land on what appeared from the air to be a suitable green field, but which turned out to be a bog near the town of Clifden.

Neither of the men were injured, with both being received as heroes by the local population of Galway.

Their plane sunk nose first into the Irish bog.

Despite the cloud only lifting three times during their journey, Brown had managed to navigate them to within 20 miles of their original target destination using just a sextant and calculus.

After the engine stalled and they spiralled, they would not even have known which direction they were supposed to be going in, but being such a good pilot Alcock corrected the plane.  If they had come down in the sea they would never have been seen or heard of again, no-one would have known where they died.

They were enterprising, knowledgeable and confident men. It was pure skill, not luck, that saw them through.

Monuments around the world remember their success, from three statues in Newfoundland, Canada, to a memorial statue located at London Heathrow Airport erected in 1954. 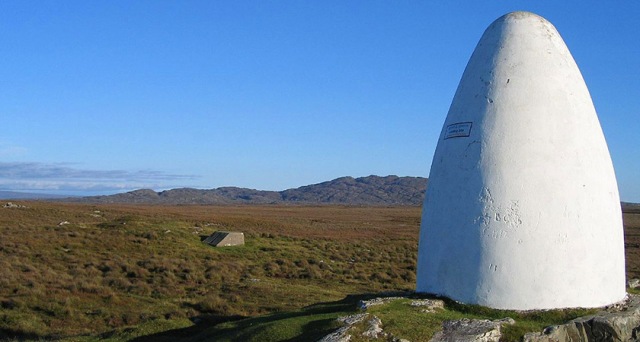 The site where they landed in Galway, Ireland

After their incredible achievement, Alcock and Brown were received by then-Secretary of State for Air, Winston Churchill, who presented them with the Daily Mail prize for their crossing of the Atlantic in “less than 72 consecutive hours.”

But despite their incredible feat of survival, tragedy was only just around the corner.

John Alcock was killed on December 18, 1919 when he crashed in France on his way to the Paris Airshow.

Arthur Brown did however survive until relative old age despite his daredevil lifestyle, dying on October 4, 1948 at the age of 62.

Like many other modest figures, their achievements have been almost totally overlooked and for eight years, no-one repeated this amazing feat.

Then, in 1927, an American, Charles Lindbergh, caused a sensation after making the flight from New York to Paris without stopping, and alone.  Lindbergh caught people’s attention and made him a star whilst the true transatlantic pioneers are all but forgotten.

The skill of what they achieved was akin to the moon landing; it had never been done and was almost impossible.There are several possible explanations for the speed with which their achievement faded from the collective memory. In one way they were a victim of their time, according to Doug Millard, of the Science Museum in London.

The early 20th Century was awash with aeronautical achievements and, no sooner was one completed, someone else came along and set a new record. New speeds, heights and distances were constantly being reached with the UK at the time “really world-leading”, Mr Millard said.

Another possible reason was Australian pilot Harry Hawker, the “Ayrton Senna or Lewis Hamilton of his day”, had attempted the crossing but failed. Everyone thought he was dead and there were so many articles in the paper about him, the country mourned him.

Then it transpired he was still alive and there was so much more about that. A week later Alcock and Brown did what they did – I think there was a certain media fatigue by that point about aviation. Then on 21 June, the Germans scuppered their fleet at Scapa Flow which dominated the global news.   Charles Lindbergh by good fortune made his crossing in a quiet news period. 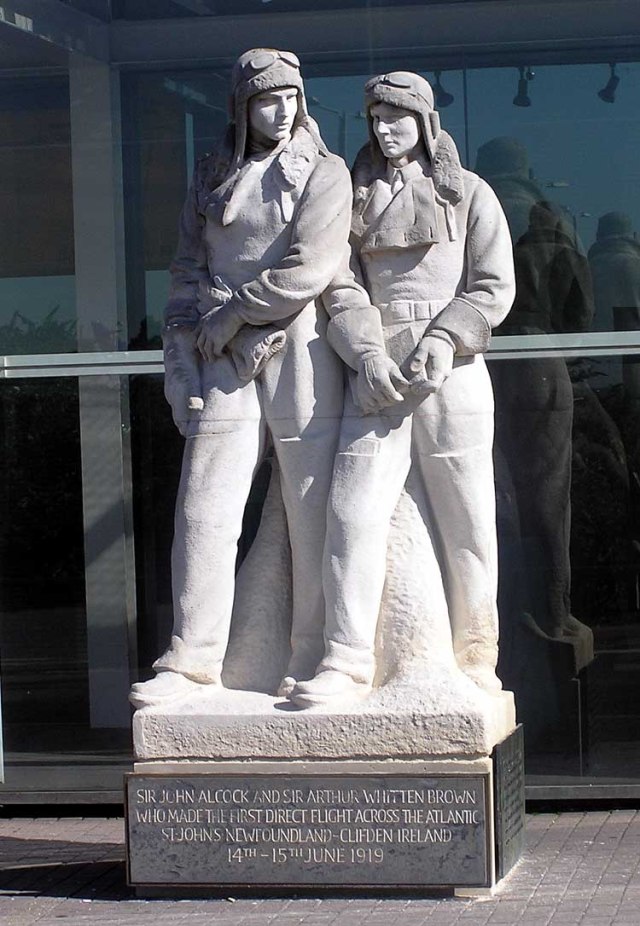 I am a writer and traveller with a penchant for history and getting off the beaten track. With several books to my name including a #1 seller, I also write environmental, travel and history articles for magazines as well as freelance work. Recently I've appeared on BBC Radio and Bloomberg TV and am waiting on the filming of a ghost story on British TV. I run my own private UK tours company (Ye Olde England Tours) with small, private and totally customisable guided tours run by myself!
View all posts by Stephen Liddell →
This entry was posted in history, Life, WW1 and tagged Arthur Brown, Atlantic, Aviation, Churchill, Flying, John Alcock, Planes, WW1. Bookmark the permalink.