Posted on February 5, 2018 by Stephen Liddell

We’re all familiar with the Coloseum in Rome, one of the architectural wonders of both the ancient world and Italy but though the Colosseum is by far the most iconic, there are actually Roman amphitheatres to be found across North Africa and the Middle East, much of Europe and also the British Isles.

There is a small amphitheatre just 5 miles from where I live in the Roman city of St. Albans.  In fact it was a longstanding mystery of why there wasn’t a coloseum in London, especially as the nearby Roman Forum was the largest building in the Roman Empire above The Alps.

The answer of course is that London or Londinium as it was then known did indeed have an amphitheatre but that the city is probably unique in it’s 2,000 years of constant development in the name of progress, intermixed with various natural and man-made disasters. 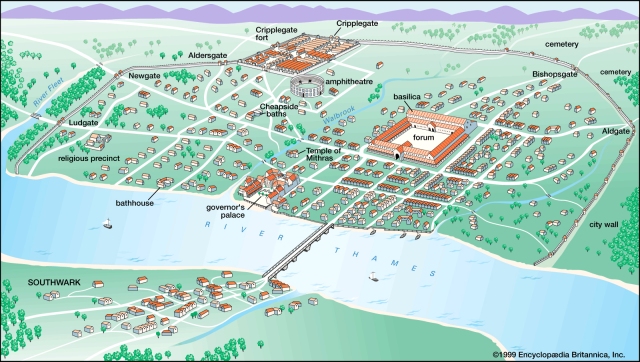 After more than a hundred years of searching by archaeologists, London’s Roman Amphitheatre was finally rediscovered in 1988 hidden beneath Guildhall Yard which is towards the NorthWest corner of the ancient walled city.  The Guildhall itself is a fantastic building and attraction in its own right though largely unvisted by tourists.

The history of the amphitheatre is a rather tumultuous one. Built in AD70 as a simple wooden structure, the amphitheatre had a more substantial makeover in the early 2nd century taking its capacity up to 7,000 people. During this time the arena was used for public events, animal fighting, public executions and, of course, gladiatorial combat.

After the Romans abandoned Britain in the 4th century, the amphitheatre, like many other buildings, was dismantled and much of it used for building materials. It lay derelict and in ruins for hundreds of years, though soon a growing population and overcrowding in London forced the repopulation of the area.

At first the buildings that steadily encroached onto the old amphitheatre were simple ones; mostly timber houses built by a wave of Viking trade settlers. Over time these buildings gave way to an institution that Londoners are now most familiar with; the first ever Guildhall and in an entirely different way, the site had once again become the centre of London.

After a thousand years or so of being entirely being built over, it was finally re-discovered.  Obviously due to the pilfering for building materials and generally being built upon, it is in now in no way comparable to the Colosseum in Rome. Sadly, all that remains in London are the foundations of what was the east gate, and the wooden drain that ran in the ground from the arena out through the gate.

However even though its remains are small and fragmentary, it is made up for in other ways.  Most obviously it is about 8 metres or 24 feet underground and under an art gallery and visiting it is something of a unique experience from the moment you see it through a window in the basement of a very plush Guildhall gallery.

By using careful lighting and luminescent paint in a dark basement room, visitors are easily able to imagine what the amphitheatre was like during its use in Roman times as the missing elements are represented in a fantastically imaginative way.

The stunningly illuminated missing elements of the London Colosseum

You don’t even have to go underground to get an idea that something is below.  The paved Guildhall Yard has an 80 metre  curved dark line of stones that illustrate the outline of the amphitheatre below.  Not many visit the old City of London and even of the few who do and happen across the yard and even notice the outline, seem to think any of it.  This isn’t helped by an almost total lack of advertising but then it means that when you go inside then you are likely to have the underground arena to yourself.

The actual remains of the amphitheatre are located around eight metres below the ground, buried beneath layers of ancient rubbish and rubble.

The outline and foundations of the London Coloseum

Once inside however you’ll see the remains of the original walls, the drainage system, and even the sand which was once used to soak up the blood from wounded Gladiators. There are also plenty of information screens and artefacts that have been recovered from Roman life. 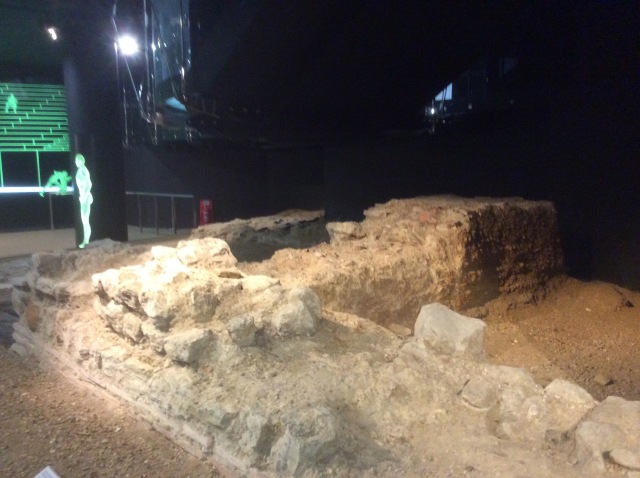 If it is a little hard to imagine 7,000 Romano-British onlookers baying for blood, it does at least have a special, quiet feeling and one can’t help connecting with the events that must have gone on here 2,000 years ago and now very deep beneath the busy streets of the city they helped create.

If you’d like to explore Roman London with me on a fabulous private, guided walking tour then do check out https://stephenliddell.co.uk/ye-olde-england-tours-2/our-tours/london-tours/roman-london-walking-tour/

I am a writer and traveller with a penchant for history and getting off the beaten track. With several books to my name including a #1 seller, I also write environmental, travel and history articles for magazines as well as freelance work. Recently I've appeared on BBC Radio and Bloomberg TV and am waiting on the filming of a ghost story on British TV. I run my own private UK tours company (Ye Olde England Tours) with small, private and totally customisable guided tours run by myself!
View all posts by Stephen Liddell →
This entry was posted in Architecture, history, Life, London, Travel, Ye Olde England Tours and tagged Amphitheatre, Colosseum, Gladiator, Guildhall, history, Londinium, Roman. Bookmark the permalink.

10 Responses to The London Colosseum