You don’t have to go to Rome to see Roman ruins, or even St Albans,  Bath or York.  Though people were all ready living here, it was the Romans who founded the modern city of Londinium that through the millennia has metamorphosed into today what is possibly the greatest city in the world.

Much of Roman London is now 23 feet or 7 metres underground but if you know where to look then you can still see Roman structures today and what makes it especialy incredible is that they just about survived 2,000 of construction, great fires, bombs and wars. 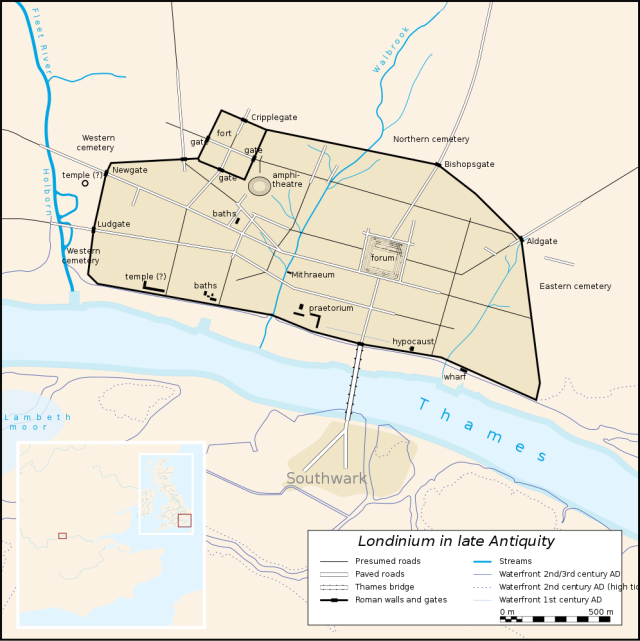 This walking tour takes you way from the mainstream tourist sights of the West End into the original Londinium or the City of London as it is today.

The tour also takes us underground into a crypt with the flooring of a Roman house and a ‘re-laid’ Roman pavement or sidewalk.

Where possible we will visit the famed Temple of Mithras, the Persian god of heavenly light which was discovered in the 20th century before being moved to a new location.  It has now been pain stakingly put back in place and restored but underneath a 21st century office tower.

We’ll visit the site of the largest Roman building north of the Alps, the famous London Stone and the remains of the London Roman amphitheatre where 7,000 people used to watch the events unfold in the arena.

They might not be the most complete Roman buildings in the world but they provide a fascinating insight on the very earliest history of modern London and get to see places that even most locals never get to explore. 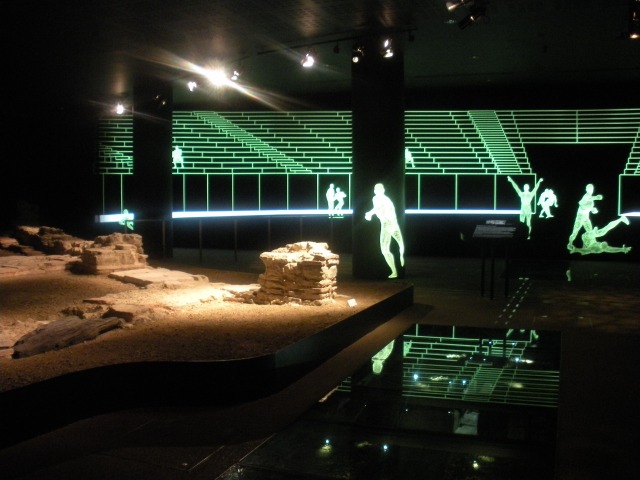 Going underground to The London Amphitheatre

Or check out my new video below of one of the highlights of the tour, the London Mithraeum or Temple of Mithras

I am a writer and traveller with a penchant for history and getting off the beaten track. With several books to my name including a #1 seller, I also write environmental, travel and history articles for magazines as well as freelance work. Recently I've appeared on BBC Radio and Bloomberg TV and am waiting on the filming of a ghost story on British TV. I run my own private UK tours company (Ye Olde England Tours) with small, private and totally customisable guided tours run by myself!
View all posts by Stephen Liddell →
This entry was posted in history, London, Travel, Ye Olde England Tours and tagged Londinium, London, London Mithraeum, London Wall, London's Roman Amphitheatre, Roman, Temple of Mithras, walking tours, Ye Olde England Tours. Bookmark the permalink.