Alexander Kinglake – The Tale Of A Very English Shyness

I’ve written before about the trials of introvercy and issues surrounding being shy and the related by British Problems that people like myself encounter in their day to day existence.

So it is with great pleasure and also total empathy that I learned today about someone who I whole-heartedly relate to; a 19th Century English gentleman by the name of Alexander Kinglake. Whilst many people like to travel and holiday with people from their own countries, many, especially British people, prefer to avoid their own kind like the plague as well as avoiding any such place where they might meet such people.

For us, we either want to get away from it all.  I don’t want to hear English, read English, eat any food which I am at all familiar with.  Even in the middle of London, if you meet someone you know there is that terrible moment when you have to decide whether the social rules sway more towards not intruding on privacy or not having the other person think you’re rude or don’t like them… perhaps just pretending to not see them at all is best.  It’s almost impossible to tell.

In many cases, I’m quite happy not to meet anyone and this was obviously the case with Alexander Kinglake who had this common problem magnified many times over when in 1835 he found himself writing his wonderful travelogue Eothen.

Mr Kinglake was midway through crossing the Sinai Desert, the seemingly small but actually large piece of Egypt that sits about forgotten compared to the rest of the magnificent country but with a character and culture all of its own.

Kinglake was heading to Cairo in a small caravan which consisted of four camels: two for his servants, one for baggage, and one for himself.  There were also four Arab men who walked along with this small caravan as they were the people who he had hired the beasts of burden from.The journey was long and hot and lonely. They went for days without meeting any other people, trudging along in silence under the fierce sun. Kinglake nodded off atop his camel. He records seeing little else but “sand, sand, sand, still sand, and only sand, and sand, and sand again”.Then one day the small party came alive with excitement. There was a moving speck on the horizon, it looked like another group of travellers – and it was heading their way.  As the two groups drew closer, Kinglake could make out three laden camels and two which carried riders.  Incredibly, in the middle of nowhere, Kinglake noticed that one rider was wearing an English shooting-jacket and must for reasons known only to himself, be another British chap and his servant wandering around the desert.  Whatever for though?

Anyone else or at least perhaps any other nationality might think of asking him but the well travelled and etiquette conscious Kinglake had no such desire or intention.  He wrote in his book

“As we approached each other, it became with me a question whether we should speak, I could not think of anything particular that I had to say to him.”

Coming over all “shy and indolent”, Kinglake says he “felt no great wish to stop, and talk like a morning visitor, in the midst of those broad solitudes”. So incredibly he didn’t.  Well incredibly for most people, I would have been disappointed myself but probably would have smiled a ‘hello’ as I wouldn’t want the stranger to think me rude.  Kinglake though  just tipped his cap, waved solemnly at his sunburned countryman, and rode on without a word….. which I suppose is the Victorian way of smiling a ‘Hello’ come to think of it.Wonderfully, the other traveller obviously felt exactly the same  and he too  neglected to greet possibly the only other countryman for 600 miles.   As Kinglake put it, they crossed paths in the desert  “quite as distantly as if we had passed in Pall Mall”.

Unfortunately for Kinglake and indeed as every introverted English traveller quickly realises, people in other countries are often much more outgoing and his Arab companions stopped to chat to their fellow travellers with even the stubborn Egyptian camels apparently refusing to move after become all socially gregarious.

Poor Alexander Kinglake, he stuck out like an odd-sock and sat statuesque on his camel a little way beyond all the excitement.   As he glanced over his shoulder he realised that the other Englishman was equally caught up in the same awkward quandry.

“I felt the absurdity of the situation. So,keen to avoid any further awkwardness, I threw off etiquette and rode back to accost the stranger”

The next bit is something I can still relate to today, even though it is hideously old-fashioned.  The stranger thought that it would be rude to assume Kinglake was approaching just to be social and so instead he made out that instead there must be some professional business to be discussed and introduced himself to Kinglake with not a “Hello” or a “How Do You Do Old Chap?” but rather a  “I dare say you wish to know how the Plague is going in Cairo?”  Then just as I would do, having not bothered with nicieties, the stranger then confessed a suitably contrite English apology as he regretted not having the latest death toll figures to hand.

The other man was an army officer returning to the U.K. from India and though they didn’t talk solely about the outbreak of Plague in Egypt, they could not find or bear to make small-talk and so soon continued on their way.

Eothen took Kinglake almost 9 years to write but it was an immediate smash-hit and stil makes for an entertaining read today. Even aside from the introversy and the nightmare of good-manners I do recognise a bit of myself in him.  Up for anything in the desert, gutsy but good-humoured, energetic and generally full of beans.

Unlike me, Kinglake would brave the Plague, ignore the local officials and run around like he owned the place.   His book was different from earlier travelogues and he very much wrote it as he saw it or indeed as Kinglake himself put it “As I have felt, so I have written,”

Whilst his writings were sometimes insulting to the local people and local sights, I must confess I agree with his statement about riding camels…

“And Arabs must be ignored if they suggest travelling at night and sleeping during the hottest part of the day. I tried their plan once, and found it very harassing and unwholesome.”

Perhaps it is an English thing, going by night may be cooler and more comfortable but it doesn’t mean it is right.  It’s just not cricket? 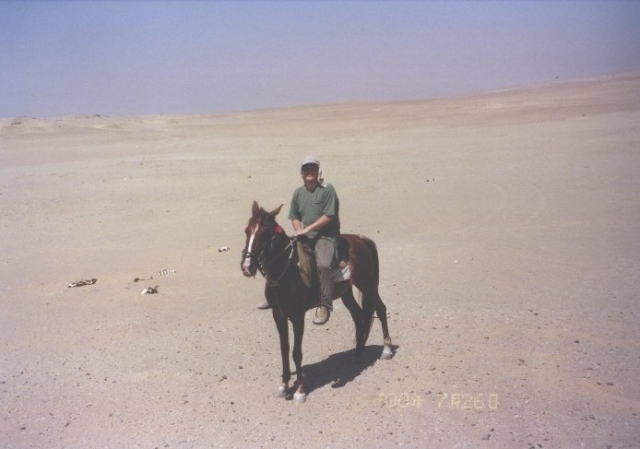 Me – Stephen Liddell – in the Sahara… ok it’s not a camel but it is day-time. Somewhere on the edge of the Qattara Depression in the sands of the Libyan Desert

Some have said that this now largely forgotten meeting in the desert came to influence the next generation of British explorers when after months and months of scouring much of eastern Africa, Henry Morton Stanley finally caught up with the explorer he had long been searching for.  In one of the most understated greetings in history, Stanley uttered the famous phrase “Dr Livingtsone, I presume?”

If you want to read the travel tales of a modern-day introverted eccentric then check out my travelogue Planes, Trains & Sinking Boats below.  Available in paperback, Kindle and ITunes amongst other formats. 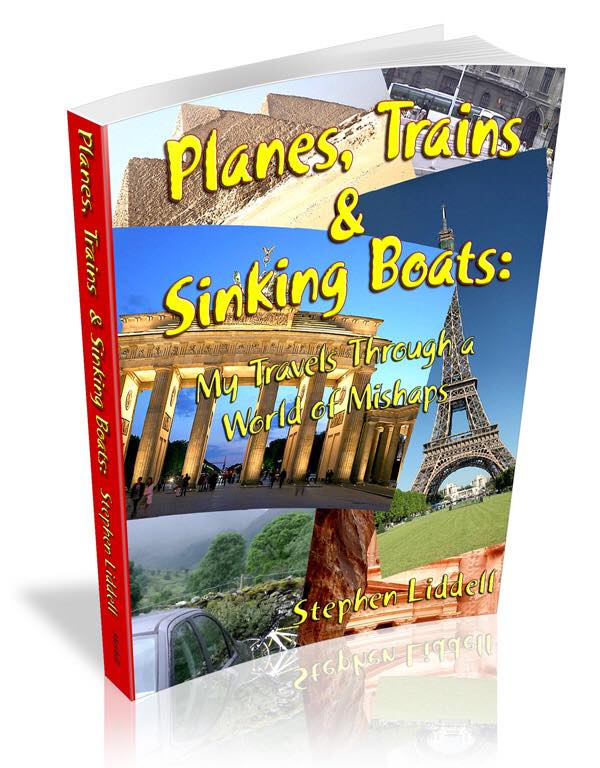 I am a writer and traveller with a penchant for history and getting off the beaten track. With several books to my name including several #1 sellers. I also write environmental, travel and history articles for magazines as well as freelance work. I run my private tours company with one tour stated by the leading travel website as being with the #1 authentic London Experience. Recently I've appeared on BBC Radio and Bloomberg TV and am waiting on the filming of a ghost story on British TV. I run my own private UK tours company (Ye Olde England Tours) with small, private and totally customisable guided tours run by myself!
View all posts by Stephen Liddell →
This entry was posted in history, Travel and tagged Alexander Kinglake, British Problems, Egypt, Eothen, Funny, history, Introverts, Life, Shy, Travel, Travelogue. Bookmark the permalink.