Even going into London as frequently as I do it is hard to keep track of all the new skyscrapers going up with their weird names.  The Gherkin, Shard, Walkie-Talkie or as it used to be called The Death Star due to its propensity of reflecting sun into some sort of laser, melting parked cars and singeing people’s heads.  There is also the Can of Ham, the Cheesegrater, The Helta Skelter.  Most people think of New York or Chicago when they imagine original high-rise cities but in fact there is a city that invented skyscrapers centuries if not millennia earlier, the city of Shibam in Yemen. 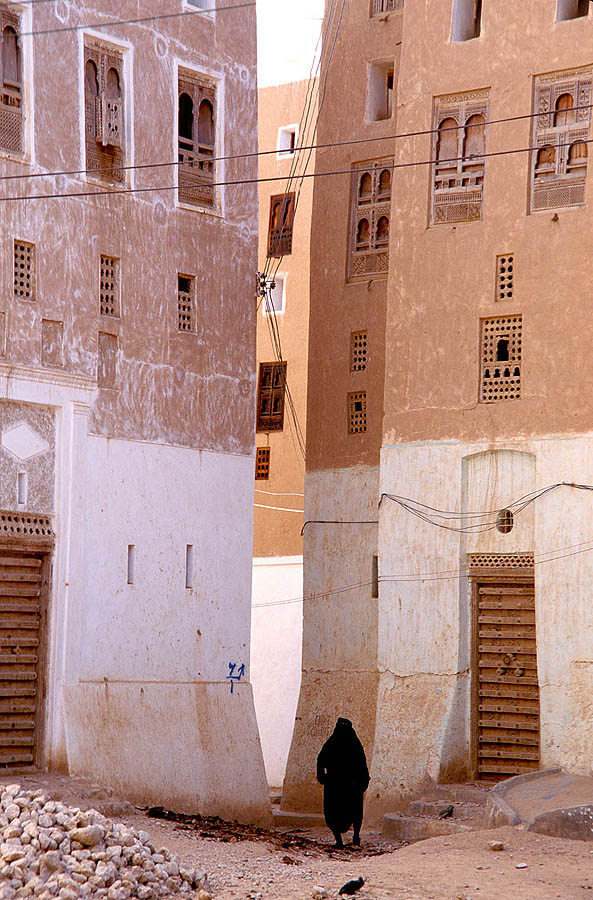 Most people equate Yemen with terrorism but it’s not entirely fair and certainly going back into historic times, the area along nearby Oman were centres of civilisation and are still very unique in comparison to neighbouring and slightly monotonous Saudi Arabia. 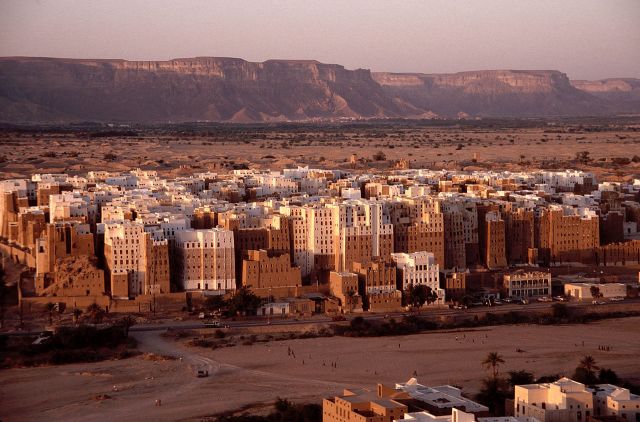 Shibam is right in the middle of Yemen, well away from the sea and is around 1,700 years old. The entire town of 7,000 residents is a UNESCO monument much like Stonehenge or the Pyramids and this is largely because of its ancient tower blocks that are entirely made out of mud bricks.  There are over 500 of them and many of them tower about 30 metres/100 feet into the sky with rooms up to 11 floors high.

The Manhattan of the Desert – Shibam. Photo by Aiman Titi

As they are made from mud, they have to be regularly maintained as the external walls get worn away by wind and sometimes rain.   The nearby Al-Mindhar mosque has a minaret that is 175 feet/53 metres in height, all made out of wood.

Yemen has the most wonderful Souqs. The painting makes me want to go and hire a camel and go off on a long journey.

Yemen didn’t always appear as a remote backwater, it used to play a pivotal role in the trade of exotic materials between Africa and the Middle-East.    I haven’t managed to get Shibam or the Yemeni capital of Sana’a which is even more lively but I hope to one day.  Can you imagine wandering around narrow streets amongst these ancient mud skyscrapers below?

One day I hope this post won’t be a pining wish but a well documented and throughly enjoyed expedition.

I am a writer and traveller with a penchant for history and getting off the beaten track. With several books to my name including several #1 sellers. I also write environmental, travel and history articles for magazines as well as freelance work. I run my private tours company with one tour stated by the leading travel website as being with the #1 authentic London Experience. Recently I've appeared on BBC Radio and Bloomberg TV and am waiting on the filming of a ghost story on British TV. I run my own private UK tours company (Ye Olde England Tours) with small, private and totally customisable guided tours run by myself!
View all posts by Stephen Liddell →
This entry was posted in history, Travel and tagged history, Islam, Middle-East, photos, Sana'a, Shibam, Skyscrapers, Tours, Travel, Yemen. Bookmark the permalink.