Celebrating the publishing of my new travelogue Planes Trains & Sinking Boats I am continuing my countdown of top 100 list of places I want (and wanted) to see when I was a student.  The world has changed quite a bit in that time and there are plenty of places that I could go to before which I can’t practically do at the moment, I”m talking Iraq and the Buddhas of Bamiyan in Afghanistan amongst others.  However, Eastern Europe is now entirely visit-able and there are entirely new places which didn’t really exist as a tourist attraction such as Dubai.  Other places were dangerous then and dangerous now such as South Africa, obviously I mean wondering around on my own off the beaten track and not visiting Table Mountain.    If you missed the countdown so far you can click on the links to read 100-91, 90-81 80-71 here 70-61 here and 60-51 here.

50 Malta.  The ancient historic island in the Med full of things to see.  My favourites were the UN protected old city of Medina (home of Game of Thrones) and the nearby underground cave where St. Paul once preached.

We had an ice-cream and a “Wudy” in Mdina Piazza so were surprised when watching Game of Thrones to see Sean Bean as Ned Stark have a sword fight here in Game of Thrones.

49 Budapest. The Second City of the Austro-Hungarian Empire and sat on the banks of the Danube River. I’ve seen it at night from the air and by its great buildings, I instantly knew where I was.  Hopefully I will get to see it on the ground one day.

On the beautiful Blue Danube lay two cities formerly separated by the river, Buda and Pest united in 1873 to form Budapest.

48 The Menim Gate. Located in beautiful Ypres, Belgium is the scene of a daily ceremony commemorating the fallen of WW1.  Surrounded by the old WW1 battlefields and cemeteries this was the first foreign visit I made on my own and in its own way, none have been more memorable.

Ever since WW1, at 8pm every evening the local fire brigade have performed this memorial services to the fighting Tommys

47 Bruges. Similar in many ways to Amsterdam but with a touch of York about it.  Bruges has more sites to see than most visitors have chance to see but the main central square dominated by the old clock tower shouldn’t be missed. Climb up the steps and witness the amazing performance at midday. Also take a wonder down the narrow streets, visit the lace shops, chocolate shops and try some chips and mayo.

Perhaps the most beautiful city I have yet visited. Great for tapestries, chocolate, antiques and fine buildings.

46 St. Michaels Mount – Near the tip of Cornwall with its palm fringed beaches and gardens.  Connected to the mainland until a huge storm millennia ago, you can walk to the mount at low tide but you have to get a boat back at high tide! 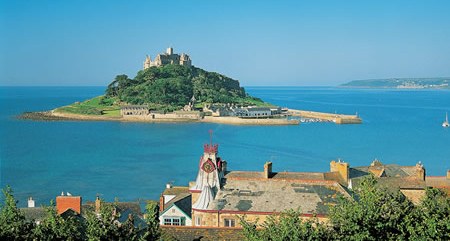 A fairy tale castle cut off from Cornwall by a massive storm 4,000 years ago.

At high tide you need to boat across but at low tide you can simply walk.

45 Moscow. Still in many ways an unknown quantity to regular travellers, perhaps because the Russian government is still not the friendliest in the world.  However, Red Square, St. Basils Cathedral , the Kremlin and all of the museums and galleries mean that Moscow is definitely a place I want to see one day.

It says a lot about me and probably Russia too that all 50% of what want to see in this huge country is in and around Red Square.

44 The Grand Canyon and Monument Valley.  I like deserts and I’ve seen the top of the African Rift valley in Jordan which was amazing but The Grand Canyon though not as wide has better cliff definition.  If I can combine it with a trip to the giant asteroid crater in Arizona then so much the better.

One of the iconic images of North America, The Grand Canyon.

43 Mongolia.  I spent several years studying and reading about The Mongols.  As they were mostly nomads, there isn’t that much to see history wise.  What there is a lot of is space.  About the size of Western Europe and the population of Wales.  Stay in a Yurt, ride horses and be thousands of miles away from anyone.  Nice!

The size of western Europe with the population of just Wales (not very much)… Mongolia.

42 Teotihuacan.  This Aztec city is located just 30 miles north of present day Mexico-City.  Having seen step pyramids in Egypt, it would be great to see this bigger and better preserved complex than the one at Saqqarra and see some of the great marvels of the Americas before the Europeans arrived.   Chichen Itza and Cancun.  A few hundred miles from the great Aztec centre lays one of the centres of another major American civilisation, The Maya. Home to more pyramids and ruins but it’s what I like to see. 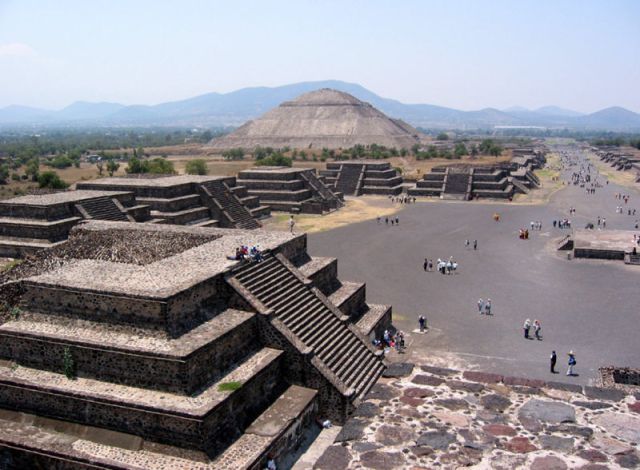 Teotihuacan and Chichen Itza. These vast deserted cities are the most impressive ruins of pre-European Americas.

41 The Forbidden City at the heart of Beijing was for 500 years the Imperial centre of China. Comprising of 980 wooden buildings this huge ancient complex is the epitome of old China that interests me so much more than glass towers bedecked in neon lights ever could.

Between Heaven and the Earth lies The Forbidden City.

I am a writer and traveller with a penchant for history and getting off the beaten track. With several books to my name including several #1 sellers. I also write environmental, travel and history articles for magazines as well as freelance work. I run my private tours company with one tour stated by the leading travel website as being with the #1 authentic London Experience. Recently I've appeared on BBC Radio and Bloomberg TV and am waiting on the filming of a ghost story on British TV. I run my own private UK tours company (Ye Olde England Tours) with small, private and totally customisable guided tours run by myself!
View all posts by Stephen Liddell →
This entry was posted in Travel, writing and tagged 100 places to see before I die, Book give away, Competition, Culture, Life, New book launch, Tours, Travel, Travelogue. Bookmark the permalink.