Regular readers, fans and groupies may have noticed over the last few months how dissatisfied I had become with my day job.  It wasn’t just because I hated it though that was true.  It was due to a whole host of reasons that combined together to make it a mission impossible.

The more eagle-eyed of you will have noticed that the previous paragraph is written in the past tense.  That is because towards the end of the first week of March I was made redundant and am now unemployed. 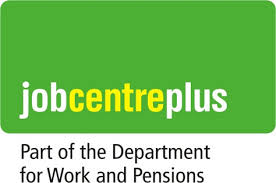 I spend so much time walking the 5 miles to the job centre with a rucksack on my back, I feel I am turning into Grasshopper from Kung Fu. Nowhere to go, no-one to do anything with. Just being told to move on and do better.

This isn’t the first time that in a second I gone from hard-working and contributing member of society and instead been condemned to join the heaped mass of humanity popularly labelled as spongers, wasters, benefit scroungers.   Sadly for them, I am not a teenage single parent, don’t watch any soaps or reality TV and would rather read The Economist than The Sun and watch BBC4 than ITV2.

Hard work isn’t an issue either.  For most of my adult life I have been up hours before dawn either to travel long distances to go to University or to get mired in long distance commuting around the London area.  In one short spot of unemployment I was the very definition of hard worker, often taking 2 or even 3 jobs each day so I could pay my way and not take any money from the state.  I would be up at 4.30am to work in the post office sorting office then spend the 4 or 5 hours working in a shopping centre, office or even a sewage farm before travelling back across town to work in a Pizza Hut until getting on for midnight.

One way or the other American mortgages, London bankers, in my opinion useless and ever so slightly (that is English understatement for those not sure)  incompetent business directors where I work have lost me my job.  I was even told that it was no reflection on myself.  Indeed the last 4 or 5 months have seen my own personal sales figures soar under the most trying of circumstances.  For the last month it was a known possibility I might lose my job but February and early March still were amazing productivity wise.  In fact I was working my socks off right to the minute of my leaving meeting.

No more using computer systems not fit for purpose, apologising for things almost entirely beyond my control to customers who were well aware how hard I worked but who knew that the constraints of the business and other things made life pretty much impossible and whom still had their own work lives to deal with and so had little choice to shout down the phone or through the email.  When people from Zimbabwe rang up complaining the average Zimbabwean company was run better than ours, I could do little but 100% agree.  No more being told to do stuff by people who didn’t know what they wanted or often what they wanted it for let alone how to do it themselves .  No more of others telling you how to do you own job when they themselves were new to their own and new about 1% as much as I did and 0.1% as much as my boss did.

No more being told to hurry up and do stuff in an emergency as they had forgotten or not planned their work as well as I had.  No more being asked to do things despite protesting it made no sense or logic and would only harm the business, custom or profit only then to have to live with the consequences or back track whilst the decision makers obliviously refused to acknowledge they cause the problems, or that problems even existed in the first place because they didn’t care, they got their bonus for doing little work before being fired or moved onto a different project to screw up. Alternatively they would fire anyone who did know what they were doing and replace them with someone they could just bully into submission.

The famous viaduct which I spent many hours stuck in traffic under complete with road works. The bridge is now a listed monument meaning it cannot be altered but just before this happened the graffiti appeared and now it is illegal to remove i.

I won’t miss any of that and a thousand other things.  I worked with some great people though.  Amongst others a fantastic boss who was sat beside me, a lovable rogue down in the stores, a wacky accountant opposite and if nothing else a very special person sat almost opposite me who is probably the only redeeming and good thing to come out of the 8 years working there.  These I will miss.  Along with the walks in the countryside, many customers and other people in the building who worked for other companies.  The Warburtons van who drove like a maniac and would overtake me every day at about junction 4 of the M40 at 6.50am every day as he did about 85 mph whatever the weather.  Even some of the haulage lorries that would normally blight the journey unless of course they had the Downton insignia on the sides in which case I would hum the theme music to Downton Abbey as I drove past or even the bizarre navy blue haulage truck with a print of a masked highway man with the words “Stand and Deliver” which would never fail to have me singing out the Adam Ant song from the early 1980’s.  Well I had to have something to get me through those days.

Honourable mention must also go to the chap who for 5 years I would get stuck behind on the way to work (prior to its relocation out of London).  He worked in the building next to me and never drove above 20 miles an hour.  Even before 7am he caused chaos and I would have to follow him down the side-streets.  For some reason he had a red L for learner sticker on his little red car.  He would drive me mad and for many years he did this seemingly oblivious to the fact that driving with an L plate on your car is illegal if you’re not instructing someone.  Finally one day knowing our company was going broke and about to relocate and got some red colouring pens.  I coloured the white part of his sign so that his red L blended with the red colouring which in turn blended in with his red car.

Oh how hilarious that was!  I watched events unfold from upstairs when he came back to his car one lunch time.  It took him several minutes just to get what happened and soon a small crowd of presumably his workmates and those from neighbouring businesses  came and had a good laugh too.

I will only truly miss one part of my job, apart from the money of course, and that is my very special friend who I was fortunate to meet there and then work with for over 8 years.  I could say that we shared the highs and lows but the highs were all of our own making while the lows were generally from the company.   Now we can enjoy all the highs without the lows even if no longer on a daily basis.  Like 2 old soldiers who lived through the war together, saved each others lives and who can only truly relate to the horrors they have lived through.

Now I don’t have to drive anywhere.  I can do what I want.  I can get up in daylight.  I can have breakfast in daylight and eat lunch somewhere other than at my desk or in the freezing car in the car park.  I don’t have to do anything which I don’t want to do any-more, at least for a few months and hopefully for ever.

Since then, no-one has shouted at me, sworn at me, been rude or abusive.  In a month, no-one has treated me like utter scum, not even the woman at the job centre who when she asked me how I was and I told her that my mother had just died, simply replied “that’s good”.    No-one has nearly killed me by accident or on purpose whilst driving.  I haven’t hurried anywhere or hurried anything.  My lunches can now be eaten when I want and now scoffed down in 8 or 9 minutes.  When I go the toilet, I know it will be clean and have been flushed.  I can be a normal adult in a normal environment, respected and respectful and maybe just a bit happy though possibly very much poorer. (Yes I wrote the previous sentence before my dearest Mam died 2 weeks ago so actually happiness is about as elusive as an oasis in the desert).

I am now officially a freelance writer (and tour guide) on the look out for a normal office job.  In the meantime as the saying goes “So long and thanks for all the fish”.

I am a writer and traveller with a penchant for history and getting off the beaten track. With several books to my name including several #1 sellers. I also write environmental, travel and history articles for magazines as well as freelance work. I run my private tours company with one tour stated by the leading travel website as being with the #1 authentic London Experience. Recently I've appeared on BBC Radio and Bloomberg TV and am waiting on the filming of a ghost story on British TV. I run my own private UK tours company (Ye Olde England Tours) with small, private and totally customisable guided tours run by myself!
View all posts by Stephen Liddell →
This entry was posted in Life and tagged business, Life, M25, redundancy, unemployment. Bookmark the permalink.

55 Responses to Unemployment – Great hours but the pay sucks