The Great American Eclipse and harbingers of doom!

With the Solar Eclipse about to hit the USA and a partial eclipse in many other places including the UK, it interesting to note that what is now a special tourist event was once something to be feared.

Whilst it is quite well known that comets were once harbingers of doom in days gone by as was the case with the yet unnamed Halley’s Comet and the Battle of Hastings in 1066, our superstitious forebears often found themselves fearful of solar eclipses.

The Great American Eclipse. How much of it will you see?

We’ve known for years that the “Great American Eclipse” will cross the United States from Oregon to South Carolina on August 21st 2017.  That’s from the benefit of science but can you imagine what it would be like if you had no idea the eclipse was going to happen and the sun just vanished, But imagine how freaked out you’d be if you didn’t know it was coming?

Myths in many cultures claimed animals such as dragons, frogs, snakes or jaguars devoured the sun during a solar eclipse, then regurgitated it out.

Early words for eclipses in China were to eat or devour, they thought that creatures such as dragons had eaten the sun only to spit it out later.  The moment the sun was totally eclipsed then the people who witnessed it would do all kinds of things to make the sun return which in China meant lighting fires and shooting aburning arrows at the sun to try to make it catch fire again.”

Vikings thought eclipses were caused by two great wolves chasing the sun and moon across the sky, while Mayans imagined snakes were eating them.

People in the U.K., Europe and as far away as India would bang on pots and pans or drums and make all kinds of noise to try to scare the “monster” that ate the sun away.

People also thought of solar and lunar eclipses as bad omens or as portents of doom.  The Dresden Codex, a well-known Maya text, puts hieroglyphs representing misery, malevolence, and death next to a set of images representing an eclipse.

Several deaths of famous people have occurred around eclipses, fueling the fear: Charlemagne’s son, Emperor Louis the Pious, may have died in the aftermath of the terror he felt due to an eclipse on May 5, 840, Gibelyou said.

An eclipse on Jan. 27, 632, coincided with the death of the Prophet Mohammad’s son Ibrahim.  Here in England, King Henry I died shortly after an eclipse that produced “hideous darkness” on August 2nd 1133 that was so dark and lasted for so long that the people thought it was the end of the world.  It is worth remembering that Solar Eclipses come in different lengths with the maximum of 7 minutes 32 seconds putting mondays 2 minute+ eclipse rather to shame.

But it wasn’t always bad news: A total eclipse of May 28th, 585 BC, occurred during a war in eastern Turkey between the Lydians and Medes. Greek historian Herodotus reported the combatants were so disturbed by the sight of the sun being “devoured” that they stopped fighting and made peace.

Some cultures saw eclipses as a good thing, such as the Tahitians, or the Warlpiri people of the Australian Aborigines, according to Gibelyou. Those groups thought an eclipse “involves an amorous encounter between sun and moon,” he said.

Pre-scientific astronomers in some cultures — such as the Greeks, Mayans and Egyptians had some success predicting eclipses.   Clay tablets found at ancient archaeological sites show that the Babylonians not only recorded eclipses—the earliest known Babylonian record is of the eclipse that took place on May 3, 1375 BCE—but were also fairly accurate in predicting them. They were the first people to use the saros cycle to predict eclipses. The saros cycle relates to the lunar cycle and is about 6,585.3 days (18 years, 11 days, and 8 hours) long.

Christopher Columbus wows the locals with his scientific prediction of a solar eclipse.

Better predictions of eclipses began during the Renaissance. Christopher Columbus, during his final voyage to the New World in March 1504, used his knowledge of an upcoming lunar eclipse to basically blackmail what he considered to be uncooperative natives in Jamaica.

Columbus told the Jamaicans that soon God would take away the moon. And when the eclipse occurred as predicted, the Jamaicans “came running with food” to Columbus and his crew.

Accurate celestial tables with precise eclipse paths, times and dates were finally widely available in the 18th century from the British Royal Astronomical Society. They were useful as the British Empire spanned the entire world.

This sort of knowledge allowed hundreds of astronomers and thousands of tourists to travel by train to Wyoming, Colorado and Texas to witness America’s first “Great Eclipse” of July 29th, 1878. These folks had to brave treacherous storms, debilitating altitude sickness and the threat of Indian attacks to enjoy the spectacle.

However the era of eclipses as signs of the supernatural hadn’t quite past when at 2.29pm on 22nd January 1879 a Solar Eclipse occurred on the battlefield of Isandhlwana in South Africa the 25,000 Zulu warriors saw the eclipse as a signal that they were to be victorious as the battlefield fell into gloom and shortly afterwards around 1,400 British lay dead. 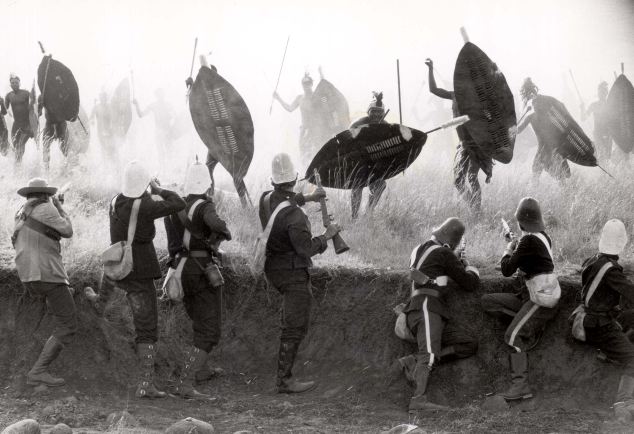 Zulus, thousands of them!

I still remember the last full eclipse in the UK and I took the 11th August 1999 off work to observe it.  The upcoming eclipse is on August 21st 2017.  The eclipse will begin at Lincoln Beach, Oregon, at 9:05am PDT and make its way to Charleston, South Carolina, at 2:48pm EDT. Observers outside its path will see a partial eclipse: if you’re in the UK, for example, you’ll see a partial eclipse around 7.35pm BST on August 21st.

For an idea of what it will be like, below is the BBC coverage from the 1999 event in Cornwall.

I am a writer and traveller with a penchant for history and getting off the beaten track. With several books to my name including a #1 seller, I also write environmental, travel and history articles for magazines as well as freelance work. Recently I've appeared on BBC Radio and Bloomberg TV and am waiting on the filming of a ghost story on British TV. I run my own private UK tours company (Ye Olde England Tours) with small, private and totally customisable guided tours run by myself!
View all posts by Stephen Liddell →
This entry was posted in history, Life, Science and Engineering and tagged Astronomy, Babylon, Christopher Columbus, Eclipses, Isandlwana, King Henry I, Life, Superstition, The Great American Eclipse. Bookmark the permalink.

6 Responses to The Great American Eclipse and harbingers of doom!