Then and now – How sights have changed in 130 years

Last week the Daily Telegraph newspaper printed some old photos from across England and taken in the 1890’s but rare because they were in colour.

The photos were created using the Photochrom technique pioneered by Photoglob Zürich AG, which sees colour manually added to black-and-white negatives. I thought it would be fun to see if I could track down the sights on Google StreetView and see if these places still exist at all and if so what had changed.

I managed to find every location with only a few causing me problems, primarily because Google Streetview.

The first image above is of the river and a bridge in the town of Bedford.   It looks like a beautiful late summer day.   The image below is not from the same perspective as there is no Google imagery in what is a pedestrianised area.  Still it is safe to say that nothing much has changed here in nearly 130 years with the bridge, trees and paved walking area all the same.

The photo above is taken across the River Thames of the old town of Windsor with Windsor Castle dominating the skyline.    Google Streetview doesn’t show this precise location but the photo below illustrates that with exception of the trees growing, nothing much has changed.    The old wooden boats are now largely replaced by powered pleasure crafts. 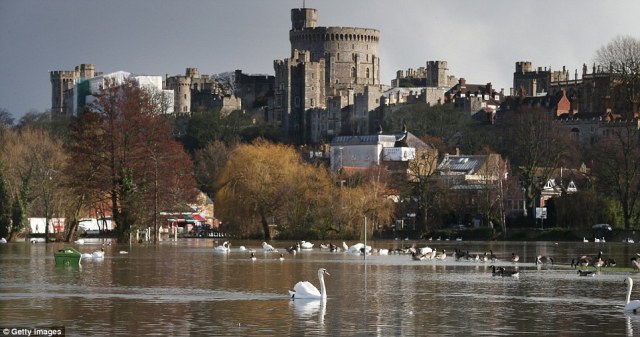 The cityscape above is of Anchor Street in Bristol.  It’s fascinating to see how much has changed in the photo below but it is still just about recognisable.  The buildings, road and wall on the left are still there.  The waterway has been replaced by a pedestrianised area and lined with trees.  The church is still there but the photo was taken from the upstairs of the building behind so with the trees is not as prominent.  Much of Bristol suffered from bomb damage in WW2 .  I’m guessing the old buildings on the right were either destroyed, replaced by cheap buildings before being replaced with the new 21stCentury developments or were falling apart before Bristol like many other cities regenerated from the 1990’s onwards.

These two photos illustrate how in some parts of the U.K. nothing has changed for centuries.  The photo above is of St. Johns Bridge in Cambridge and in 2016, nothing has changed except for the mature tree on the left bank having seemingly died or been removed and replaced by a young sapling.  No doubt the Victorian man sat on the grassy slope would be able to navigate modern-day Cambridge with no problem at all.

The old photo above is of the Cross and Rows in the Roman City of Chester.  Parts of Cheshire are some the most desirable and expensive parts of the country in which to live and the photo below gives an idea of what a nice city it is.  Though no doubt in a preservation area, the buildings outward appearance have not changed at all in 130 years. 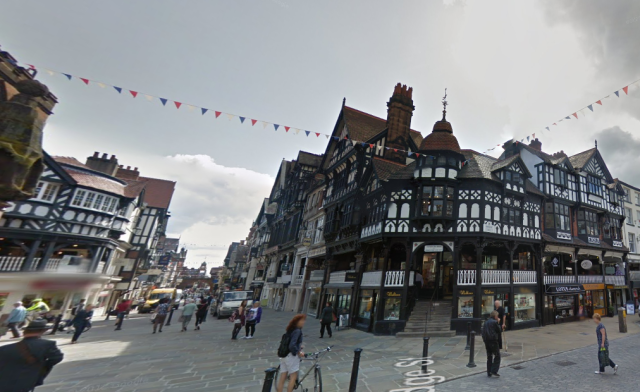 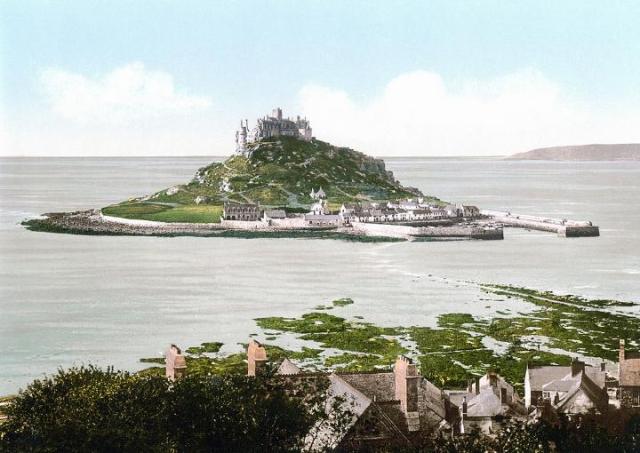 The photo above shows St. Michael’s Mount, just off the coast of Cornwall.  Thousands of years ago it was joined to the mainland until a great storm washed away lots of the soil.  Now it is an island at high-tide and connected to the mainland at low-tide.

It wasn’t possible to replicate the precise angle on Google Streetview as the village is situated on a very steep hill and with narrow lanes which aren’t all accessible by cars.  However, it looks like nothing mich has changed. 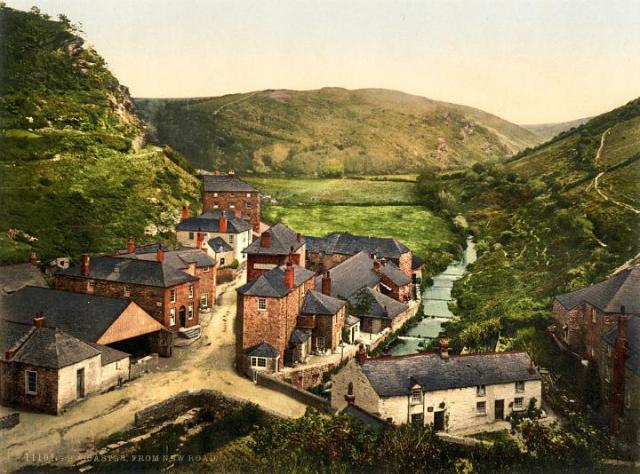 The richly coloured photo above is of Boscastle which is also in Cornwall.  It seems to be taken from the upstairs of a building.  The photo below seems to show that much though not quite all is the same.  The road may have been widened and there is now an extra building behind the white cottage on the right.  However all the other buildings remain and are unchanged.

The beautiful old photo above is of the Honister Pass in Cumbria, the Lake District.  It is notorious for its bad weather in winter (and many other parts of the year) and for its steep route.   The roads on the left mountain are clearly visible and it looks like the original photo was taken from on top of the ruined slate wall or building on the right of the photo below.  Pity the poor horses on the photo above.  Neither image do justice to just how dramatic and steep this area is.

I hope you enjoyed these old photos, there are more to come soon.

I am a writer and traveller with a penchant for history and getting off the beaten track. With several books to my name including a #1 seller, I also write environmental, travel and history articles for magazines as well as freelance work. Recently I've appeared on BBC Radio and Bloomberg TV and am waiting on the filming of a ghost story on British TV. I run my own private UK tours company (Ye Olde England Tours) with small, private and totally customisable guided tours run by myself!
View all posts by Stephen Liddell →
This entry was posted in history, Photography, Travel and tagged 19th Century, England, Heritage, history, Life, Photography, photos, Travel, Victorian. Bookmark the permalink.