Knebworth House – It was a dark and stormy night…

Posted on September 22, 2015 by Stephen Liddell

One of the houses that I enjoy visiting but don’t actually get to very often is Knebworth House.  It is an extremely distinctive looking country house in northern Hertfordshire just above London.

The house has been in the hands of the Lytton family since 1490 and over the centuries the house has evolved from a standard Tudor red brick home to a gothic mansion thanks largely to its most famous resident Edward Bulwer-Lytton.

It would be understandable if you have never heard of this great figure of 19th century politics and literature.  At the time he was possibly the most famous and well-read novelist in the world.  It is one of the great quirks of history that we are all so unfamiliar with him and yet we are all extremely familiar with the man he mentored and who definitely viewed Buller-Lytton as a more experienced and even more talented writer.   That man was a certain Charles Dickens.

Why we all adore Dickens possibly second only to Shakespeare in the long list of English writers and have forgotten Lytton is an interesting matter but regardless of the latter’s relative obscurity, it is likely that you are familiar at least with some of his literary phrases.     It was he who coined the phrase ‘The Great Unwashed’, ‘dweller on the threshold’ and the ‘pursuit of the almighty dollar’.  He also came up with the iconic ‘The pen is mightier than the sword’ and possibly the most infamous opening line of any novel in history… ‘It was a dark and stormy night’.

The house that we see today is merely just a quarter of the house that used to be here as like so many of the years the financial fortunes of the family has gone up and down.  It’s dark and brooding frontage made it the perfect location for Bruce Wayne to live in the 1989 feature film Batman and for the last 60 years it has featured in films such as Harry Potter, The Canterville Ghost and The Kings Speech as well as TV shows such as Midsomer Murders.

How many people can you fit into a section of your garden?

Another way the house has diversified to bring in income to cover the huge costs of maintaining the property has been by creating a dinosaur park in the large estate, a miniature train line and a number of outdoor events.  The most popular is probably the Knebworth music festival.  It is Robbie Williams who currently holds the record for the biggest attraction with his weekend concert attracting approximately 400,000 people and a traffic jam of 130,000 cars stretching down the A1M motorway.

Knebworth House through part of the formal gardens.

When you visit Knebworth the first thing you realise is just how big the estate is with a huge amount of land given over to the naturalistic English landscape garden style which became popular in the 18th century.  However there are also some beautiful Italianate style formal gardens with small hedged off areas, ponds and of course a maze. 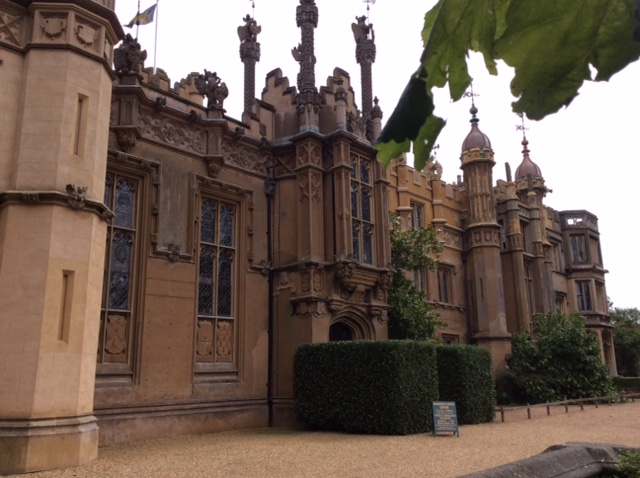 Even from a distance it is easy to pick out that Knebworth doesn’t look like your standard house.  It is decorated at almost every opportunity but gargoyles and grotesques located everywhere you look on the base and side of house walls and all along the roof tops and well as around the walls.

The house gets even better on the inside and it is possible to see a number of different styles from its Tudor origins right up to the modern-day.  For example the photo below show a part of the Banquet Hall which itself has been seen on film several times.  You’ll note the minstrel balcony above from where musicians could entertain the diners below.

I really like the photo below which is from the Library in Knebworth House.  The doorways are both hidden in bookshelves and when they are closed you would never find your way out, it looks like a great place to write books but the hidden doors give it a touch of James Bond.

The next photograph below is from possibly my favourite room that is open to the public, the study.  You can still see the ornate and slightly garish Tudor style here and to think there used to be a whole wing of rooms leading off this one at the back, 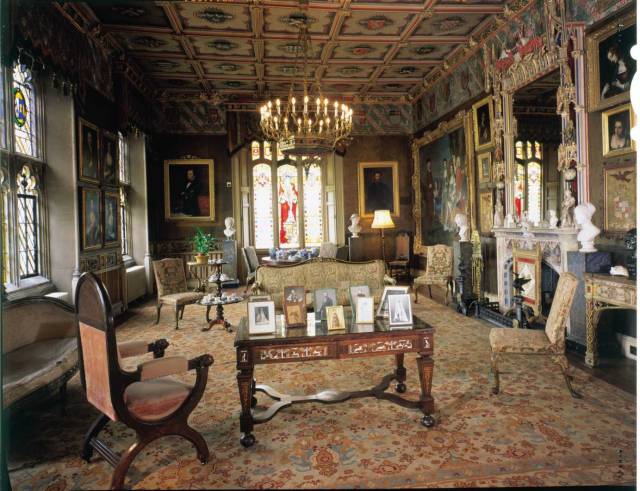 As an alternative to this Tudor opulence is the dining room below which is still sometimes used by the current generation of the family.  I think it is very tasteful.

The oddities of the exterior of the house continue on the inside too.  Sir Edward Bulwer-Lytton loved his history and made his home feel even more old-fashioned and historic than it actually was.   Knights armour like this was already out of date before the Tudor period let alone in the 19th century.

The bedrooms upstairs are equally wide-ranging in their appearance.  One of the room is said to have been slept in by Queen Elizabeth I instead and is still used today when the house is being used as a filming location.   The bedroom below is the bedroom of Mrs Elizabeth Bulwer-Lytton and much more contemporary. 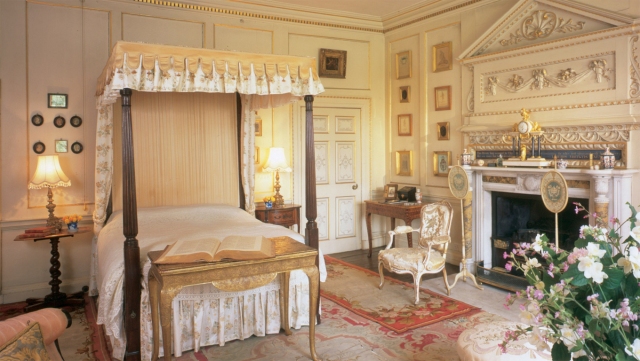 Another interesting aspect of visiting Knebworth House is that it has a small museum on the side of the house which is dedicated to their family and their time in India when one of their number became The Viceroy of India which was a supremely important position in the British Empire though with resulting run-ins with the fledgling Indian National Congress and independence movement.  His nephew however left a lasting and hopefully more positive impression in India in the form of the Lutyens Bungalow Zone in New Delhi, home to some of the finest colonial buildings in India.

Either way, Knebworth House is a fantastic stately home to visit with so much to see and a lot of history to take in.   Of course if you visit London from abroad and want to take a day-trip to Knebworth House, why not contact me at Ye Olde England Tours and see it for yourself.

I am a writer and traveller with a penchant for history and getting off the beaten track. With several books to my name including a #1 seller, I also write environmental, travel and history articles for magazines as well as freelance work. Recently I've appeared on BBC Radio and Bloomberg TV and am waiting on the filming of a ghost story on British TV. I run my own private UK tours company (Ye Olde England Tours) with small, private and totally customisable guided tours run by myself!
View all posts by Stephen Liddell →
This entry was posted in Culture, Heritage, history, Travel, Ye Olde England Tours and tagged Charles Dickens, Edward Bulwer-Lytton, Film, history, India, It was a dark and stormy night, Knebworth House, Life, The pen is mightier than the sword, Tours, Travel, Tudor, Ye Olde England Tours. Bookmark the permalink.