A mini break to Paris

Posted on February 7, 2014 by Stephen Liddell

Wednesday saw my wife and I start a mini break in Paris as it is 7 years since we first met. I always love going on train journeys but especially on the Channel Tunnel. St. Pancras is such a beautiful train station with its huge statue and massive restored glass and iron roof.

The real unique bit about the Chunnel is that you get on a train in London and the journey takes you under the sea before emerging in continental Europe, in our case headed to Paris Gare Du Norde which we reached just over 2 hours later.

Compared to St. Pancras, the station we arrived in is slightly run down and it’s immediate vicinity is one of the worst you’ll find in Central Paris. Most people get a taxi or catch the Metro but we decided to walk to our hotel.

Our route took us past Moulin Rouge and a long road full of sex shops mingled in with the odd restaurant and even a nunnery. Everything that a down on your luck person might need.

After 30 minutes we emerged into a nicer neighbourhood and soon found ourselves at Villiers. I had stayed here before and was pleased that nothing had changed. It has a wonderful pedestrianised area with a market selling fresh produce and lots of little boutique shops and cafés.

Always running our holidays on the tightest of budgets, we bought some local food and checked into our hotel, the very quiet but nicely decorated Hotel Jardin De Villier.

Yesterday was our first full day in Paris and though we were largely escaping the constant storms and floods of this years winter in England, we still were dressed for the worst.

A big contrast from the Parisians who were often dressed smartly though less formally than in London. More than once I found people looking at me and comparing me with British movie stars or singers. Does that 21 mile channel make such a difference? I’d have to say yes as French and British do generally look different. I was also pleased that I was told I had perfect French pronunciation which made my day!

We walked the mile or so to the Arc De Triumph through tree lined streets with mopeds doing their best to avoid the crazy driving of some of the trucks and cars. Honking horns and police sirens mixed with chicly dressed ladies on mopeds. I had forgotten the sights and sounds of the busy Paris streets and the wonderful collection of patisserie’s on almost every street.

The Arc De Triumph is one of many triumphant arches you can see in Europe including London but this one is all the more imposing as it is surrounded by 100 feet of crazy traffic. Napoleon had it built and was intending to build several more if things had worked out better for him. It is adorned with statues and inscriptions of famous battles and from the top you can see much of Paris including our next port of call, the Eiffel Tower.

Paris is sometimes known for its petty theft but surely few as incompetent as the one who saw me taking photos and pretended that he had found a gold ring that I must have dropped and he urged me to investigate it. The ring was a huge and to my eyes tacky Pirate style ring and as someone who wears no jewellry not at all tempting and as much as he kept staring at my ipad, it was staying firmly held by my 2 hands and obviously thought better of trying to get it as he soon ran off.

By now it was raining quite hard as we walked down the steeply sloping street towards the very high river Seine past various African and Middle-Eastern embassies. The view from the top of the tower can be breathtaking but not on a day like today or at least that 1 hour downpour so we sheltered like a few others under the dry spot where the huge tower blocked the rain before continuing along the Seine.

Looking for a place to eat, we found refuge in the beautiful American Church where we could eat our sandwiches and enjoy our hot flask of tea. Afterwards we ventured inside to get some warmth and we were blessed to find a wonderful concert pianist practicing for an upcoming concert. So we sat at the back in the dark and enjoyed the moment for a good 20 minutes.

When we emerged, the rain had stopped so we continued on our way to the Armee museum. This large museum is full of French military regalia including the stuffed white horse of Napoleon himself. At the back of the museum and housed in a beautiful domed church is a mausoleum for Napoleon and some later and less world-conquering military figures.

I always find it a little odd how people almost venerate Napoleon whilst despising Hitler, Stalin and other 20th century figures. I guess the extra century with its advances in killing people make all the difference. Still exploring his mausoleum and walking down the marble steps flanked by marble Angels and Greco-Roman statues of Napoleon leaves little doubt to just how self important he and his followers thought he was.

With the skies clearing, we walked back to the hotel, it took an hour but with the Seine, marvellous buildings and even a group of soldiers playing the stirring French National anthem for a visiting dignitary at a government building, it was no effort at all. Apologies for the poor formatting and placement of photos as I don’t have access to my usual computer. 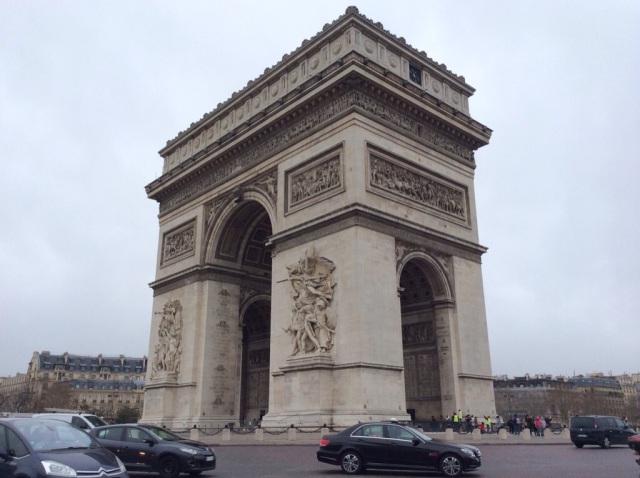 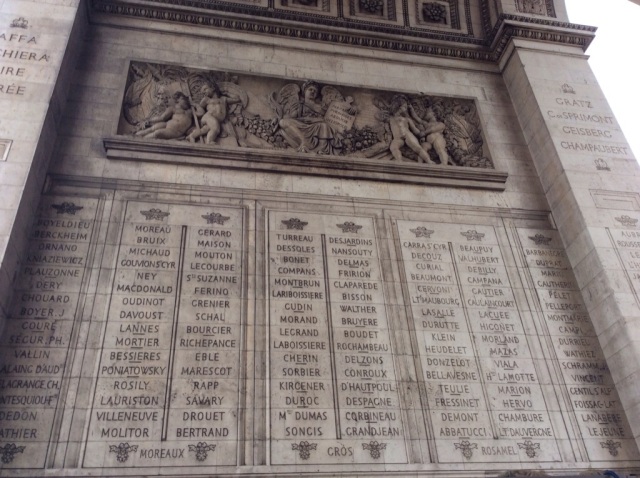 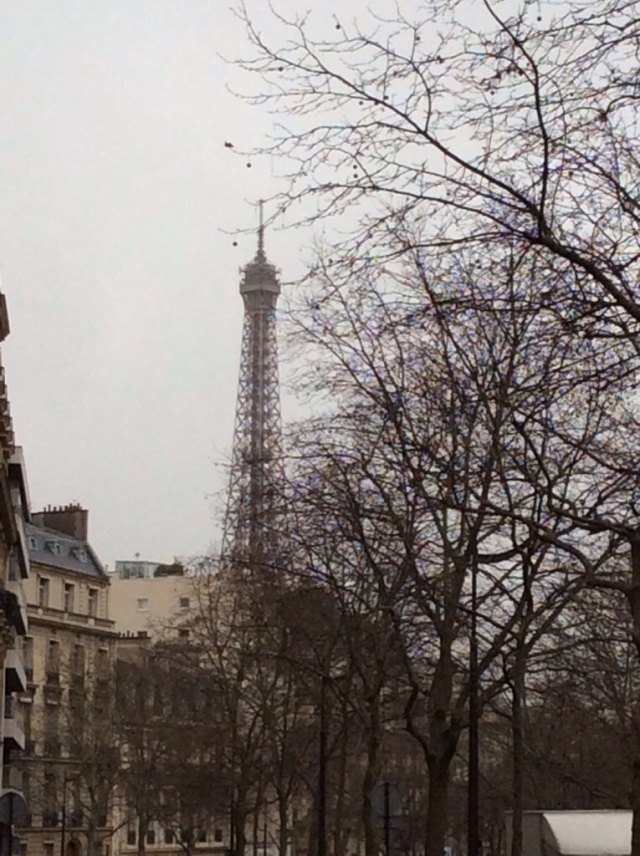 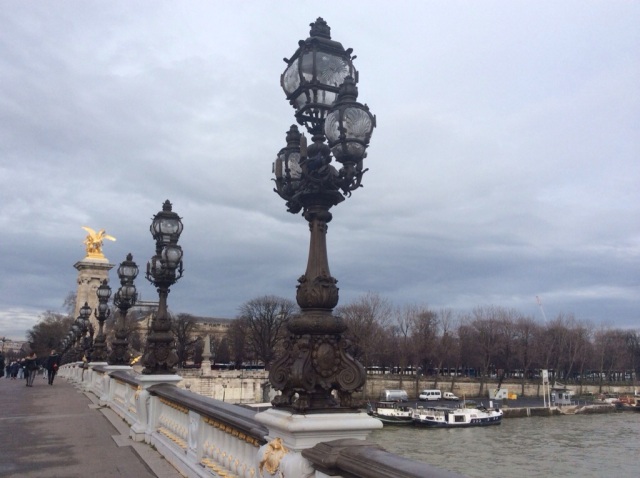 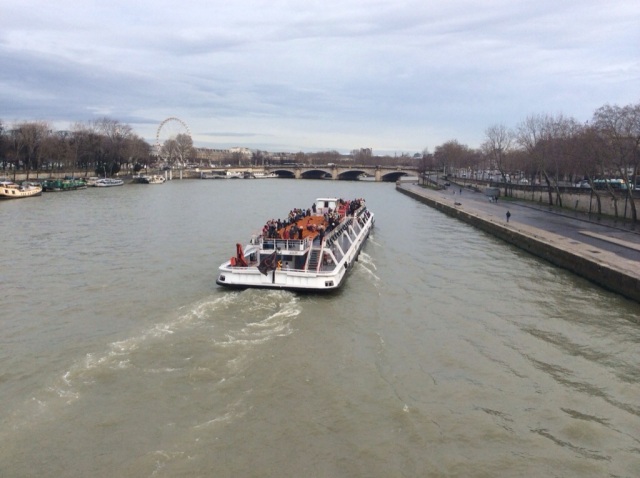 I am a writer and traveller with a penchant for history and getting off the beaten track. With several books to my name including several #1 sellers. I also write environmental, travel and history articles for magazines as well as freelance work. I run my private tours company with one tour stated by the leading travel website as being with the #1 authentic London Experience. Recently I've appeared on BBC Radio and Bloomberg TV and am waiting on the filming of a ghost story on British TV. I run my own private UK tours company (Ye Olde England Tours) with small, private and totally customisable guided tours run by myself!
View all posts by Stephen Liddell →
This entry was posted in Life, Travel and tagged France, Life, Paris, Travel. Bookmark the permalink.

15 Responses to A mini break to Paris