Depression is no laughing matter

Last week England were thrashed in the first match of the Ashes Tour in Australia.  Though many players performed below par, one player played particularly below his best.  His name is Jonathan Trott and anyone watching the game could see that he wasn’t enjoying himself.   He was described by Australian star David Warner as being “pretty poor and pretty weak” which goes against the unwritten sporting rules of cricket of not badmouthing individuals.    The situation was just part of bad tempered match which saw Michael Clarke warn his opponent that he should get ready for a broken arm.

Australian cricketer David Warner so far best known for fighting in a pub and insulting the mentally ill.

Immediately after the end of the match Jonathan Trott announced he was returning home and was unlikely to be taking any further part of the tour as he was suffering from depression.  He is not the first England player to admit to suffering from depression and perhaps the world of a modern cricket player spending 4 or 5 months on the other side of the world inflicts certain pressures on players which are not the case for domestic players of any other sport.

David Warner even admitted that he probably crossed the line before Trott even admitted his illness. To their credit the Australian players one and all apologised for the comments and wished Trott well with his forthcoming rest and treatment.   However it also shows how rude and unwise it is to personally insult people, even opposing sports players when they have no idea of just what is going behind closed doors.

People suffering from depression are often unable to cope with even the slightest thing let alone going to work, even if or perhaps more so if your work involves having a team of players spending hours shouting abuse at you… before you even get to the spectators.  Often such suffers only want to hide away in a dark corner waiting for themselves or the world to end.  It is not a matter of cheering oneself up or getting over it.  It’s not being sad from someone calling you a name or having one of those days and anyone who has suffered from it would never voluntarily feel that way.  Depression is an unavoidable illness every bit as any other physical disease.  We’re not used to seeing people with this illness, let alone someone in the spotlight but people should be as caring and understanding as if he had any other major illness.

Mean-spirited headlines. Would they say the same if he had Cancer or Aids?

Despite this, there was no shortage of criticism of Jonathan Trott with his character and spirit being questioned and made fun of.  100 years ago men who had suffered from the noise and horrors of WW1 and unable to raise themselves into battle for the umpteenth time were found to be cowards and executed by their own sides.  Decades later, their symptoms would become known as shell-shock and these days it would be clear to all that they were suffering from mental conditions that were every bit as real and dreadful as having been shot or had their leg blown off.  Despite that, even now such brave soldiers are not commemorated and there are movements not only to pardon them but to have their names remembered with all the other casualties of the war.  Even now, there are too many veterans of recent wars who suffering from what they have done and seen find themselves unable to fit back into society and end up homeless or suicidal.

A cricketer suffering from depression is of course in no way comparable to the suffering of the helpless Tommies but the similarities are clear to see.  Already many if not most, reasonable people understand that depression is something real that is not a weakness of the sufferer but like issues of race, gender and sexuality before it there are many people in all levels of society that either ignore it or worse, belittle those that are ill with it.

Australian Captain fined for his match conduct. What happened to fair play and being gracious in victory and defeat? Would you want your country represented by this man? Glad he’s not mine.

If the suffering of Jonathan Trott has any silver lining to it then lets hope that the high-profile helps especially in Britain and Australia.  The Australian team has publicly stated that they won’t mention the incident in a detrimental way in their sledging (aggressive comments aimed at angering, insulting and putting off opponents) but as the ideals of cricket and indeed every day life, instead of badmouthing their opponents perhaps instead they should offer the hand of friendship and ask if someone is all right or needs any help instead of humiliating them further. 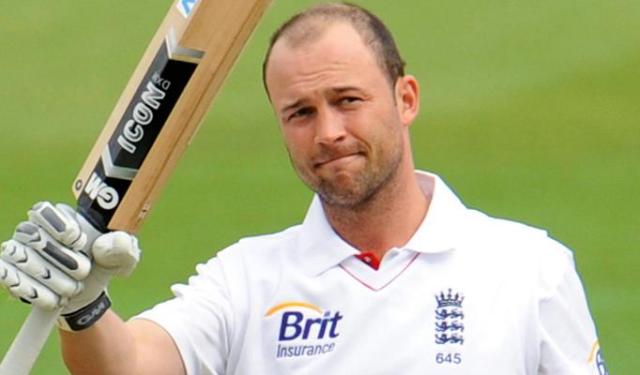 I am a writer and traveller with a penchant for history and getting off the beaten track. With several books to my name including a #1 seller, I also write environmental, travel and history articles for magazines as well as freelance work. Recently I've appeared on BBC Radio and Bloomberg TV and am waiting on the filming of a ghost story on British TV. I run my own private UK tours company (Ye Olde England Tours) with small, private and totally customisable guided tours run by myself!
View all posts by Stephen Liddell →
This entry was posted in Life and tagged Cricket, David Warner, Depression, Fair Play, Health, Jonathan Trott, Life, Mental Illness, News, Sport. Bookmark the permalink.

6 Responses to Depression is no laughing matter