A trip to the beach by steam train

Posted on September 8, 2013 by Stephen Liddell

On day 2 of our holiday to Norfolk we decided to go to the seaside town of Sheringham but before that we put out some of the goodies which we bought yesterday in Holt.

Windchimes from Bali on the patio of our holiday cottage

The wind chimes above we got from an Aladdins Cave of a shop which was full of goodies from India, China and the mid-east but our purchase was from Bali.

We also got the little Arab tea set from a charity shop, something of a Nathan at just £10. 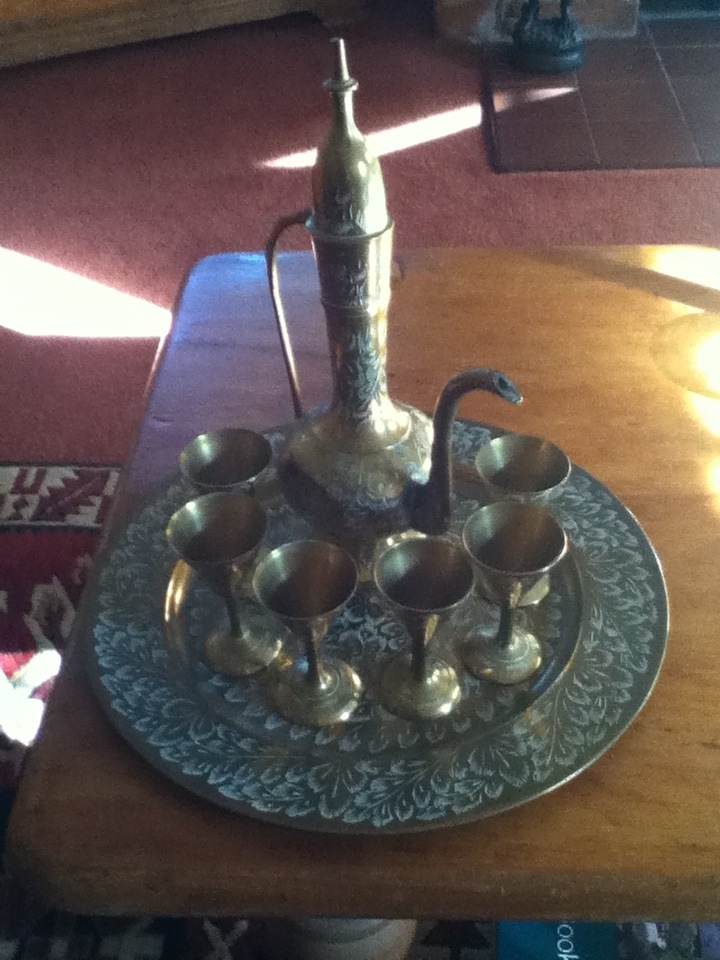 Bargains can be had in charity shops if you are a bit lucky and choosy.

In the 1960s thousands of miles if train lines were closed in Britain as the government of the day deemed them uneconomical, little did they know that 30 years later our trains would be packed out. Some lines have or are in the process of re-opening on the rail network whilst others have reopened as heritage lines staffed by volunteers who refurbish and run small routes. It was on one such route, The Poppy Line, that we would travel on today.

The line is only about 6 miles in length but has 3 stations and all have been lovingly restored by volunteers so they look as they might have around 1910. The train we rode on was this beautiful steam train below.

With all the flowers on the platform and volunteer staff it was as if we had stepped back in time. I am too young to remember steam trains but all the whistles and steam were great to experience. The journey itself was one through beautiful countryside as well as a windmill standing on top of a hill. Soon the sea came into view below. 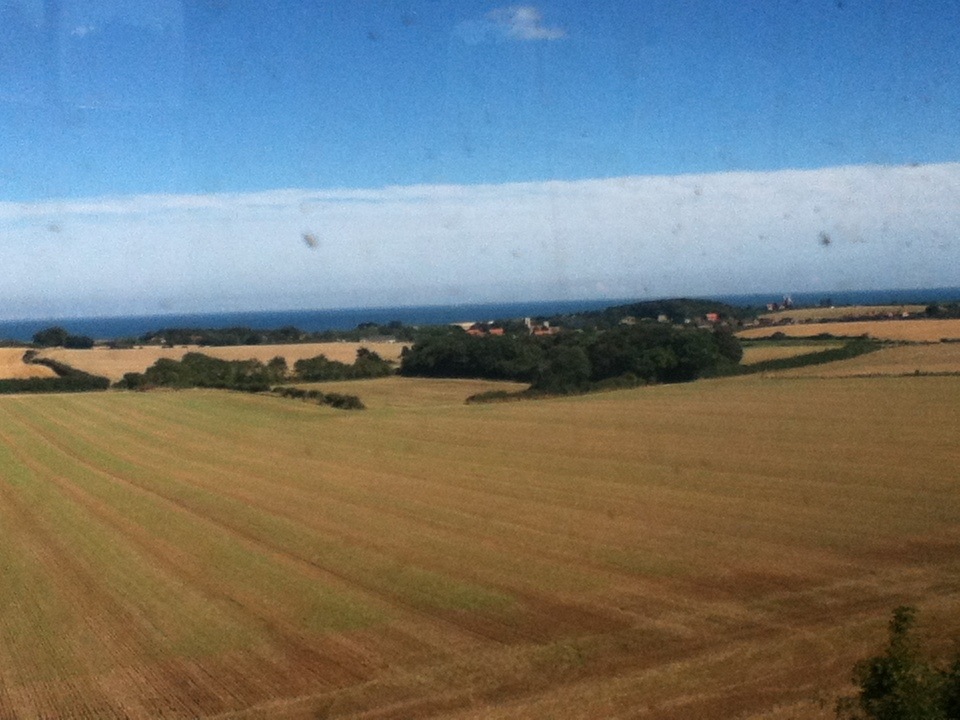 Dashing through the fields to the sea by a steam train

The town of Sheringham is small and only there at all because of the railway which encouraged Victorians to take seaside holidays. We treated ourselves to some candy floss, fish and chips and then some ice-cream. I had this large one with a chocolate flake bar though I had eaten the top of it before I took the photo.

It was good to sea that this seaside town was swarming with visitors bringing money an employment. We walked about a mile along the promenade where we saw a lifeboat that was just being put away after a recent trip out to sea.

The Royal National Lifeboats are funded by charity but save hundreds of lives eac year by rescuing those in danger from our often very rough seas.

Out to sea we could sea a large wind farm, the 21st century equivalent if the centuries old windmill we had seen earlier. We sat beneath some sandy cliffs to watch the boats and people go by as we soaked in some September sun.

A nice spot to rest

My lovely wife went for a paddle, she loves the sea but The North Sea is the coldest in Britain as the flow comes down from the arctic. Not at all like the English Channel on the south and south-west coasts.

A little bit of heaven with just my wife and I

After an hour or two we headed back towards Sheringham listening to musicians playing on a street corner. We caught a train home and this time were sat in 1960s carriages. It had been another perfect day. We both decided that we would love to live in Norfolk as soon as we can.

I am a writer and traveller with a penchant for history and getting off the beaten track. With several books to my name including a #1 seller, I also write environmental, travel and history articles for magazines as well as freelance work. Recently I've appeared on BBC Radio and Bloomberg TV and am waiting on the filming of a ghost story on British TV. I run my own private UK tours company (Ye Olde England Tours) with small, private and totally customisable guided tours run by myself!
View all posts by Stephen Liddell →
This entry was posted in Heritage, history, Life, Norfolk, Travel, Ye Olde England Tours and tagged county of Norfolk, Culture, history, holiday, Life, Sheringham, Steam Train, vacation. Bookmark the permalink.

1 Response to A trip to the beach by steam train