The origins of tipping – Paying a TIP at Twinings Tea

Whilst I was out and about in London last week, an area I wanted to visited was closed off so I ended up on a mini-diversion and went past the famous Twinings Tea Shop at #216 on The Strand, the famous old road that links the City of London to the City of Westminster.

Twinings is thought to be the oldest company in London to have traded continuously on the same site with the same family since its foundation. It was founded by Thomas Twining (1675-1741) who bought an old coffee house in 1706. He daringly introduced tea which back then was an exotic drink enjoyed by the wealthy and in 1717 opened the Golden Lyon to sell tea and coffee.

In 1787, his grandson Richard Twining built the handsome doorway, which incorporates two Chinese figures to acknowledge the fact that tea-drinking began in China. It is thought that the signs are the oldest commercial signs in the world. 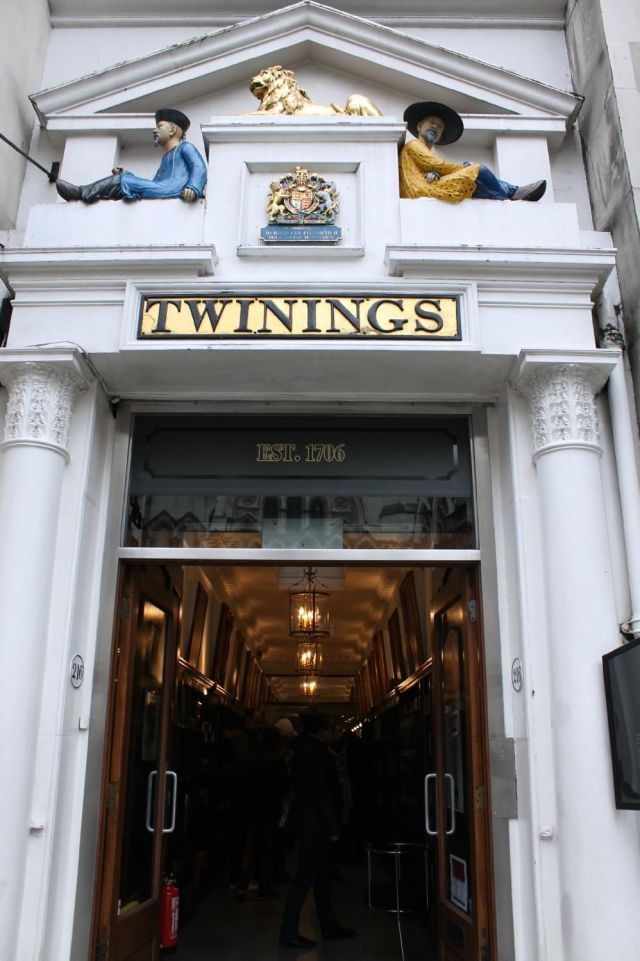 At the back of the long narrow shop is the small museum, which tells the story of the Twining family and displays tea-related paraphernalia collected over 300 years.

Among the exhibits are a copy of Queen Victoria’s Royal Warrant from 1837, old advertisements and a selection of tea caddies. There’s also a non-descript wooden box labelled TIP, which is an acronym for ‘to insure promptness’.  Customers would drop a penny into the box to encourage quick service or pay a ‘tip’. 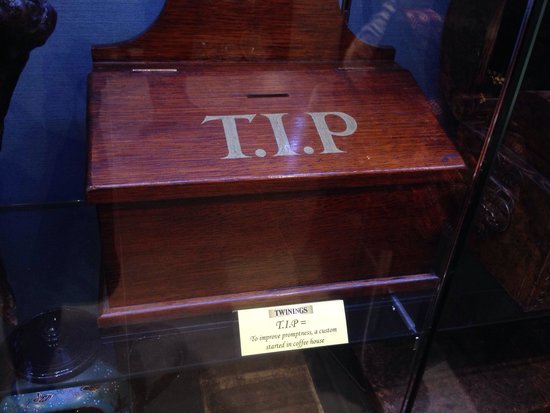 The original way to pay a Tip!

I am a writer and traveller with a penchant for history and getting off the beaten track. With several books to my name including a #1 seller, I also write environmental, travel and history articles for magazines as well as freelance work. Recently I've appeared on BBC Radio and Bloomberg TV and am waiting on the filming of a ghost story on British TV. I run my own private UK tours company (Ye Olde England Tours) with small, private and totally customisable guided tours run by myself!
View all posts by Stephen Liddell →
This entry was posted in history, London and tagged London, Tea, The Strand, Tip, Tipping, Twinings. Bookmark the permalink.