If you remember a month or so ago I broke my curfew and went out through the woods to visit a new vantage point over London.  On that day I made sure I would take a visit to a place known as Little Common on Stanmore Hill.

Stanmore is an area of NW London in the Borough of Harrow and is relatively quiet and green by London standards.  Most of it is down in the same large lowland bowl that 99% of London sits in but there is a smaller and more rural area sat almost 500 feet up on a hill (the south side of the summit of the same hill I live on but on the northern side).

For everyone else you can get the Jubilee Line train to Stanmore and then either walk up the hill or get the 142 bus.  Coming from the other side as I do, already being on the hill-top and avoiding public transport like the plague or the Coronavirus at least, I walked 20-30 minutes to get where I wanted to go.

There are various ponds here and you’d never know you were in London.  Surrounded on 3 sides by fields and woodland.   Two of the ponds in the area were dug as Brewery Ponds, the largest of which supplied Clutterbuck’s Brewery.    The brewery hasn’t been active for over a century and has largely been redeveloped as luxury housing  but originally it was a Georgian Brewery.  It’s most easily recognisable feature now is the old clock-tower, with a cupola and a bell dated 1726 on the old brewery still remains and is listed. 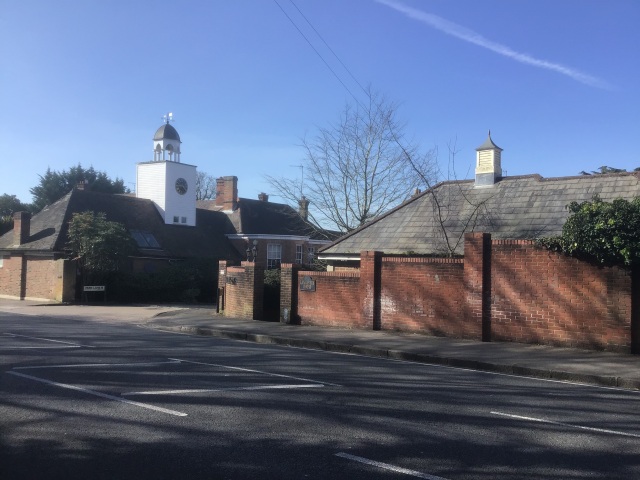 It’s a very nice area.  Senior members of the Saudi Arabian Royal family lived very close by and likely may still do.    And a house or two away is where Charles Fortnum lived.  If you’re not quite sure who Charles Fortnum is, you might be familiar with his dynastic luxury shop in Piccadilly, Fortnum and Mason.    In fact the whole neighbourhood is full of such luminaries and there are large ‘country’ estates both very old and very new here. 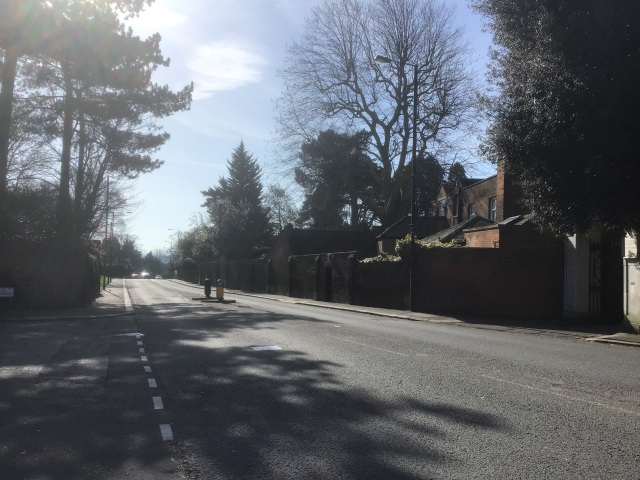 Miles into the distance is Central London but on the right side of the road , we’re looking towards where Charles Fortnum lived. 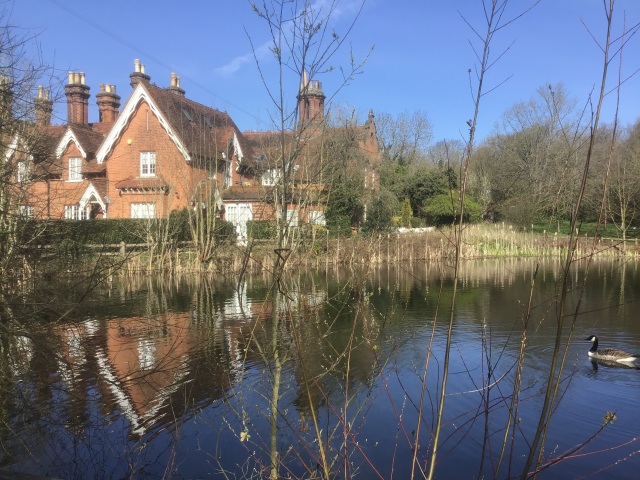 Looking at these idyllic photos it is hard to believe you’re in London at all isn’t it?   Can you imagine being here 2,000 years ago as the legendary warrior Queen Boudicca drank from these waters.

The Larger of the two ponds Upper Spring Pond is also known locally as Caesar’s Pond due to the fact that a Roman Garrison was stationed here. Local legend also says that Boudicca or Boadicea and her rebel army also camped here and she would have certainly have drunk water from these ponds with the nearby Grims Dyke which I will write about shortly being some sort of boundary between either differing British tribes or between the British up here and the Romans down there in Londinium. 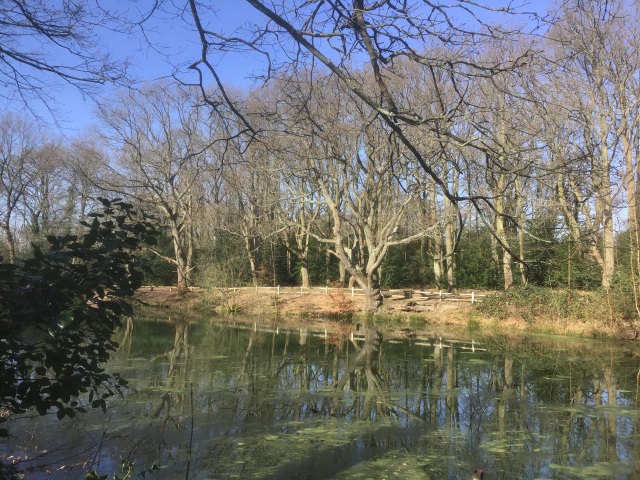 This pond has been known as Caesar’s Pond for longer than anyone can remember and given this area was had at various times been boundaries, battlefields and Roman highway fortifications, it’s not hard to believe.  In the 19th Century the Victorians were still pumping clean water from here and the pump is still there.

The soil in this area is very stony.  My garden fork has one of its prongs badly bent from the stones.  Some people collect and dispose of the stones in their gardens for decades but make very little impact upon them.  Apparently the stones were brought here in the ice-age from the 90% of the British Isles more northerly than we are. When the ice melted, they left all these stones and pebbles.

It is these stony ponds or “Stane Meres” that gave Stanmore its name.  In the Domesday Book, the settlement was recorded as Stony Mere, with Mere being a very old Anglo-Saxon word for a pool or lake of water such as the large bodies of water in the Lake District such as Windermere or Thirlmere.

I hope everyone is keeping well and enjoying my local history posts.  You can likely see why I wanted to move here both for the history and for the rural feel, yet being so close to London for work.    I hope my posts show how there is history almost everywhere you look even if you aren’t aware of it.

I am a writer and traveller with a penchant for history and getting off the beaten track. With several books to my name including several #1 sellers. I also write environmental, travel and history articles for magazines as well as freelance work. I run my private tours company with one tour stated by the leading travel website as being with the #1 authentic London Experience. Recently I've appeared on BBC Radio and Bloomberg TV and am waiting on the filming of a ghost story on British TV. I run my own private UK tours company (Ye Olde England Tours) with small, private and totally customisable guided tours run by myself!
View all posts by Stephen Liddell →
This entry was posted in history, Life, London and tagged Clutterbuck's Brewery, Coronavirus, Coronavirus Diary, Diary, Harrow, Little Common, outdoors, Queen Boudicca, Romans, Stanmore. Bookmark the permalink.

10 Responses to Coronavirus Diary 23 – A visit to Caesar’s Pond, Stanmore.