Why has 2016 seen so many celebrity deaths?

It was back in early spring that it was said that 2016 was obviously being written by Game of Thrones writer, George RR Martin.   The number of famous people who have died in 2016 is almost too big to recall.  It’s safe to say that whatever it was that consituted our broader culture as we grew up has been decimated on a certain level.

Just a few of the celebrity deaths of 2016

In fact even since I decided I was going to write this post on Christmas Day, several other big names have sadly died.

But have more celebrities died than normal and if so, why might this be the case? There are a number of possibilities for this which are all true to varying degrees.

The first reason for the long list of celebritity deaths in 2016 is simply that more people generally have died this year and as such more celebrities have too.  Normally in Britain, spikes in death rates occur only during extremely cold winters or during a terible new viral illness such as Flu.   Indeed, one of my friends plays the church organs at funerals and there is nothing much more certain in life than for his February to be spent taking part at funeral services.

2. The Wild Youth Of Celebrity

Many of those big names who are no longer with us, grew up in the wild and hedonistic days of the 60’s and 70’s.  As the song says, Sex and Drugs & Rock n’ Roll.   Sadly Carrie Fisher for example was well known for her issues with drugs.  David Bowie famously spent a whole year surviving on just milk, red peppers and cocaine.

Much like smoking, junk food or a lack of exercise, even if the person reforms and leads a better life style in middle or old age it is often too late and in some ways they will have preamturely aged or set in motion a number of eventually fatal health conditions. 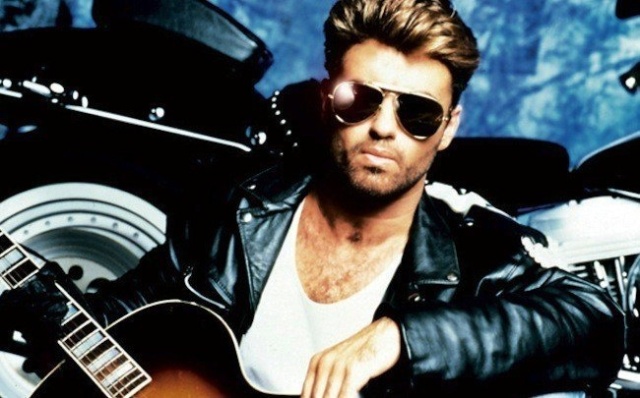 A 2014 Australian study of 25,000 musicians indicate that on average they live 25 years less than the rest of us.   This could also include the tortured soul that many creative people have making instances such as suicide more likely or depression and lonleyness that can lead to drink or drug problems.

There are some people that are just such an overwhelming presence in popular culture that whilst they hiopefully radiate good things in their life, their eventual death overwhelms us, particularly when that death is unexpected or premature.   The year started off with the death of David Bowie, someone who inspired millions over 40 years and in some ways changed the world.  Given that this occured just after the death of legendary hard living life-style of Lemmy from Motorhead, it made everyone overly aware and concious of deaths in the celebrity world.

Of course whilst every country has its own very unique and talented individuals in their popular music, by and large international ‘pop-culture’ is dominated by British and American individuals if only due to pre-ponderence of the English language and perhaps the fluid, ‘liberal’ free-market way of things that encourage creativity and culture, also make us more uniquely susceptible to being influenced by it, for good and for bad.

Even in this short list of names above there are differences in recognition.  Almost everyone with a television will be familiar with Alan Rickman, most people who know something of football will know of Johan Cruyff but Gary Shandling never really attained much fame outside the USA and though I know what he looks at, that is about the limit with me.     Similarly Carrie Fisher and George Michael are known throughout the world though Star Wars was and is made just a few miles from my home.  The mother of George Michaels music partner, Andrew Ridgley in Wham! was a teacher in our little school so not only are they global figures or even national figures, they were also not much more than every day figures too.           So whilst much of the world remarks or mourns at their loss, to some of us it resonates more just as if a prominent figure in Uganda might make the headlines around the world but its unlikely that internationally, anyone would really notice.

Richard Adams is the author of the wonderful novel Watership Down and in someways his book might be more brilliant and affecting than any of the others but it is likely that aside from some keen readers, his life and death will be less publicised outside of the U.K. and other parts of the English speaking world.   This fact of life leaves on to the final point.

Until 20 years ago,there were only a few TV channels, not much in the way of internet and so the scope for there being celebrities have grown out of all proportion. In a similar way in the 1950’s and 60’s when changing trends in music and a profusion of new radio stations enabled so many break-out stars in the music world.  All this means that to keep the many forms of bloated media vaguely full, we need more celebrities.  If we have more celebrities then it stands to reason that sadly we will also have more celebrity deaths.

5. Lowering The Bar of Celebrity Status

Thanks to reality TV and and social media, the amount of ‘talent’ required to become a star  has been somewhat lowered, at least amongst wide sections of the population.   In the UK recently we had a celebrity star Jade Goody who sadly died at the yoiung age of 27 from cancer.  However she came to fame  entirely due to her ignorance, stupidty and uncouthness in almost every area of life on a reality televvision show.  Not too long ago, David Guest died, he meant nothing to me but as the 4th husband of Liza Minelli that apparently gave him some status…. presumably that means there are several other husbands of Liza who will make the news over the coming years despite having anything substantial.

Even without knowing them or what they look like, it is almost impossible to not know a name when you hear it.  I haven’t a clue who Miley Cyrus is or what a Kim Kardashian does or looks like but no doubt if either died in an unfortunate accident then the whole world would know about it in a way that wouldn’t have been the case 30 years ago.

People know county their celebrity idols as part of their own identity almost like a national flag or worthy cause.  They like to out do each other on their grief and how they shared a connection with a celebrity somehow or their work.  That is all ok of course as people have always admired those in public areas of life but when Shakespeare died we wouldn’t have been subjected to countless #Billdeath but then have the planet wouldn’t be bothered about the less talented alcholic peanut seller outside the theatre.  In fact it is likely that most people today wouldn’t recognise the talent of Shakespeare if he lived and died today.

What I think is really sad though is that despite their being dozens and dozens of famous big names in Britain and America dying in 2016, that their entire number would only match the death toll in someplace like Syria for a few minutes.

I am a writer and traveller with a penchant for history and getting off the beaten track. With several books to my name including a #1 seller, I also write environmental, travel and history articles for magazines as well as freelance work. Recently I've appeared on BBC Radio and Bloomberg TV and am waiting on the filming of a ghost story on British TV. I run my own private UK tours company (Ye Olde England Tours) with small, private and totally customisable guided tours run by myself!
View all posts by Stephen Liddell →
This entry was posted in Culture, Life, Popular Culture and tagged 2016, Carrie Fisher, Celebrity Deaths, David Bowie, Death, George Michael, Life, Social Media, Watershed Down. Bookmark the permalink.

2 Responses to Why has 2016 seen so many celebrity deaths?