Nelson Mandela, the man and the times

Posted on December 6, 2013 by Stephen Liddell

South Africa at the time was dominated by whites, white Afrikaans from areas of the Netherlands who spoke Dutch and despised blacks and white British who saw blacks as second class citizens.    It was the Dutch who arrived in South Africa first, the Afrikaan farmers were fiercely independent and belligerent and they had left Europe for a chance to start new lives in Africa.  When the British arrived shortly after and set about creating the beginnings of a modern and governed territory, the Afrikaans took umbrage at being told to behave themselves and for about a century went further into Africa stealing the lands of the native Africans and causing more than a little chaos which forced the British governors to move in to calm things down which then meant the Afrikaans moved further inland and the whole cycle would start again.

Nelson Mandela was born in 1918 to a family of Kings in the Thembu people of South Africa.  The world he was born into is almost unimaginable to most of us today.  South Africa was a colony but it still offered some opportunities to a black boy and he was the first in his family to go to school, learn English and then at the age of 19 attended Fort Hare University where he quickly became interested in politics.

Strong minded from the beginning he declined to enter into a forced marriage and instead went to Johannesburg where he worked as a guard at a mine. Living in the black Alexandra township where he would meet many other politically minded activists.

When South Africa became an independent nation, a referendum was held amongst the whites on whether to become a republic or not.  The Dutch descended Afrikaans or Boers despised any link to London almost as much as they looked down on blacks but their greater population resulted in a narrow victory and despite some English speaking areas of the country strongly disagreeing, the country left the Commonwealth and became a Republic.

Immediately, the already tough race rules that existed to segregate white and blacks were toughened and punishments for breaking these rules became tougher.  Instead of separation, there was now repression. Black South Africans were not allowed to travel without a pass, they couldn’t sit on park benches, visit beaches, travel on buses or have any sort of personal relationship with other races. Not all whites agreed with this but the majority of them did or did not speak up against it. 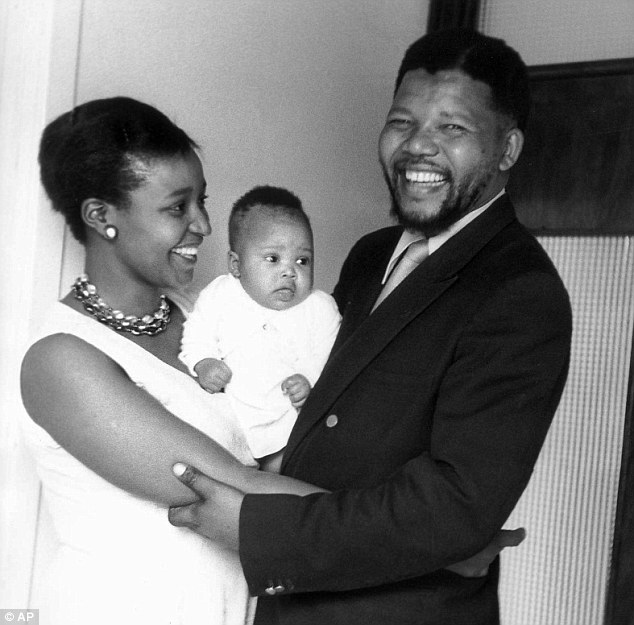 Nelson Mandela delighted at the birth of his first child.

Nelson Mandela and other activists formed the African National Congress or ANC and followed the approach of Gandhi and peaceful resistance but they were accused of treason and put on a 4 year trial before all 150 were acquitted.

Nelson Mandela began giving legal advice to blacks in townships as part of a general low level political uprising.  The police were sadistically tough with any blacks who dared speak up and things came to a head in Sharpeville in March 1961 when police killed 69 peaceful protesters.

Forming the armed wing of the ANC or Umkhonto we Sizwe – ‘Spear of the Nation’, Mandela began a series of resistance style disruption to state infrastructure and with the help of the CIA was again put on trial.  He spoke for 4 hours in an eloquent and calm manner that impressed even those who wanted him imprisoned and he closed his speech with the famous lines below:

‘I have cherished the ideal of a democratic and free society in which all persons live together in harmony and with equal opportunities.

‘It is an ideal which I hope to live for and to achieve. But if needs be, it is an ideal for which I am prepared to die.’

He and his fellow accused avoided the death penalty but were sent to prison where Mandela spent the next 27 years, much of it on Robben Island, a notoriously grim prison.
While he was in prison the blacks struggled on with a never ending round of protests, peaceful demonstrations and occasional riots which more often than not were met by indiscriminate police shootings.
London became a focus of the Anti-Apartheid movement partly due to our connections with Africa, partly due to the international nature of the place but mostly because the people here were so thoroughly disgusted.  In the 1980’s Mrs Thatcher refused to placed additional sanctions on the Apartheid government which caused civil unrest in the U.K.  However it was later revealed by the white South African President that it was only Mrs Thatcher amongst the international leaders who understood the complexities of the situation and it was only her strong opinions that were ever listened to by the regime. 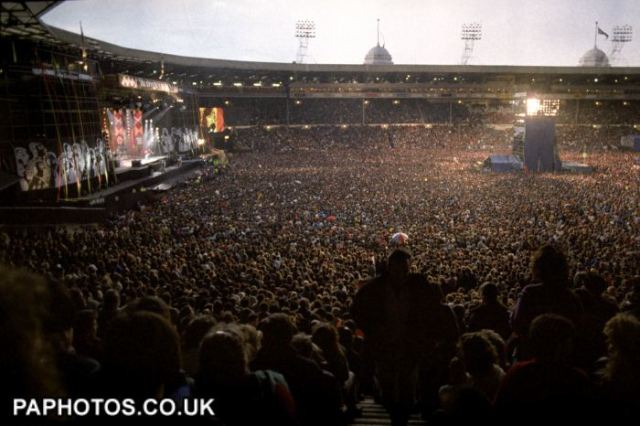 It was becoming clear that the situation in South Africa could not continue for ever.  It was bound to change one way or the other either in a huge massacre of the blacks by the Afrikaans or a civil war uprising which would seen the whites massacred and the country largely destroyed.
Living in London at the time, it felt very much like the ANC and Nelson Mandela were one of us.  A huge concert was held at Wembley Stadium for the release of Nelson Mandela and Trafalgar Square was frequently filled by peaceful protesters and petitioners who would keep a vigil outside the South African embassy.   A song was released in 1984 called “Free Nelson Mandela” became a UK Top Ten hit and became an unofficial anthem of the ANC and symbol of solidarity around the world.
All peace processes need to have a partner, someone who is willing to make concessions and give up his apparently unreasonable beliefs.  President Gorbachev was such a man who managed to end Soviet Communism without a shot being fired.   In South Africa, G.W. de Klerk was such a man.  On his arrival in office he had many strongly debated meetings with Thatcher and others and he made the remarkable step of released Nelson Mandela without any pre-conditions.

President de Klerk must have realised he was actioning a political suicide note but one way or the other he knew the country he loved would be forever ruined if change did not take place.  On 11th February 1990, Nelson Mandela was released and following more years of desperate white oppression by the police and sections of the government, an open election was held and the man who for so long was labelled a terrorist became the President of South Africa and in doing so solidified his status as the most famous black man of all time.
What made Nelson Mandela extra special was that once apartheid fell the thought was towards reconciliation and not vengeance or hatred.  He stopped the country suffering a civil war and immediately went about doing his best to modernise the facilities for the black majority and starting integration between the different peoples of the country.  His thoughtful and kind demeanour gave him such a stature that he was enamoured by the vast majority of the white population in South Africa and when South Africa won the Rugby World Cup in Cape Town and Mandela presented the trophy wearing the rugby top of the white South African captain of the team it was a sense of unity throughout the country and indeed much of the world.

Nelson Mandela became the most respected and loved leader in the world.  He inspired the Northern Ireland peace protest and so ended the second intractable conflict and for a while even Israel and the Palestinians reached a peace deal until the sad events of the Israeli President Rabin being assassinated by a radical Israeli on the eve of the peace.
Nelson Mandela visited London several times and addressed large crowds which on one occasion I was lucky enough to watch and listen.  He became friends with The Queen, met Thatcher, Blair, Clinton and Bush and all of those leading protests and concerts for his freedom.

The first visit by a British monarch to South Africa since 1947.

He would visit ever part of London and huge ecstatic crowds would chant and cheer him and shout that they loved him and he would reply “I love each and every one of you”.  It was a great time to be in London and for me a great time to be a student at SOAS, the School of Oriental and AFRICAN studies where Mandela was hero to all and about the only person who could unite all the students whatever their race or religion.
Nelson Mandela always kept to the democratic principles and made no effort to extend his time as President like many other African leaders or nominally elected leaders like Putin in Russia.  Mandela even learned Afrikaans and took the effort to find out the worries and concerns of the normal white people in South Africa until hard-liner Nazi like Afrikaans were totally marginalised and isolated. 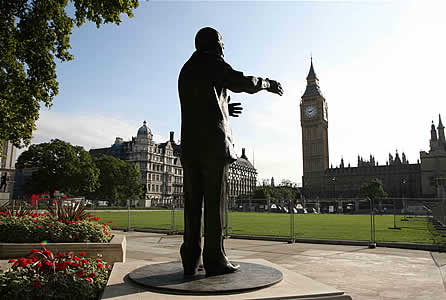 After his time as President, Nelson Mandela became the unofficial world leader and moral compass. When George Bush Jr spoke out against Mandela when he saw through the reasons to invade Iraq, the world  realised who was the real man of peace and stature.  Mandela calmly and with dignity dismissed Bush as being “a small man”.
It’s hard to sum up the achievements of Nelson Mandela though probably the fact that I have written all of this from the other side of the world and racial divide is as good a notion as any.  Nelson Mandela was like a symbolic Grandfather who reminded the world of how they should act and everyone loved him for what he went through and what he did. 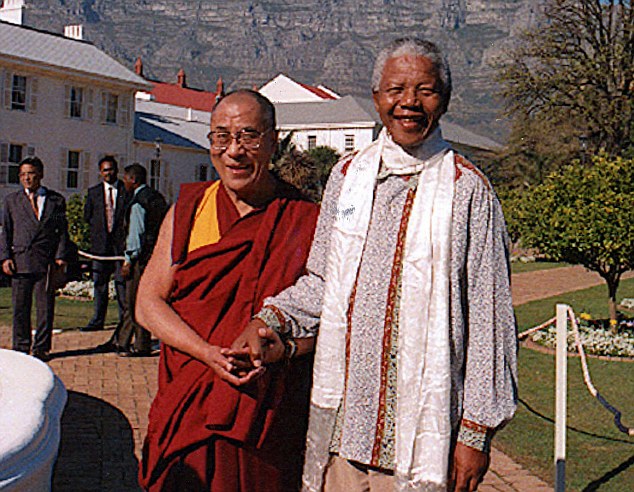 In March this year I lost my mother and today it seems that I have lost a third Grandfather, albeit one I never met.  His funeral will be attended Kings and Queens and Presidents and Prime Ministers but it is in the hearts and minds of those of us who protested and supported him and those who later loved him that will ensure he is remembered for all time.  To Nelson Mandela, everyone was special and everyone valuable not matter who they were and the world is a less nice place without him.  Let’s hope we learn from his actions and live as he would have wanted us to.

I am a writer and traveller with a penchant for history and getting off the beaten track. With several books to my name including a #1 seller, I also write environmental, travel and history articles for magazines as well as freelance work. Recently I've appeared on BBC Radio and Bloomberg TV and am waiting on the filming of a ghost story on British TV. I run my own private UK tours company (Ye Olde England Tours) with small, private and totally customisable guided tours run by myself!
View all posts by Stephen Liddell →
This entry was posted in history, Politics and tagged ANC, Apartheid, history, Life, London, Nelson Mandela, News, Politics, SOAS, South Africa. Bookmark the permalink.

11 Responses to Nelson Mandela, the man and the times